What is going on in Sri Lanka? 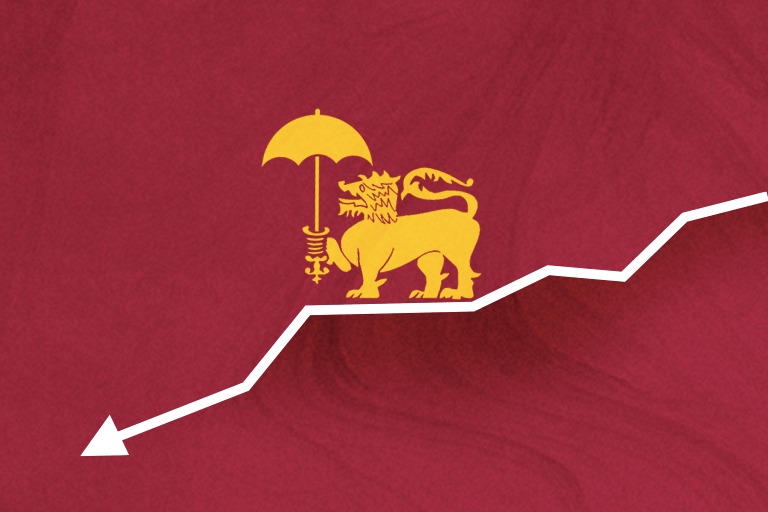 KARACHI: Over the past few weeks, the news of protests in Sri Lanka have been making rounds. The protests come as the country reels from the worst economic crisis in the its history. Here is a breakdown of what exactly is going on in Sri Lanka and why the protests are making the news.

What is going on?

Sri Lanka is facing one of the most devastating economic crisis a country can possible face. The country has run out of cash, inflation is at an all time high which means basic necessities are too expensive for many to bear and there is a shortage of food and fuel. Just last week, authorities suspended sales of petrol and diesel for non-essential vehicles in an attempt to preserve the country’s depleting fuel stocks. The situation is so bad that schools have been told to shut down and there is a shortage in medical supplies in the country. 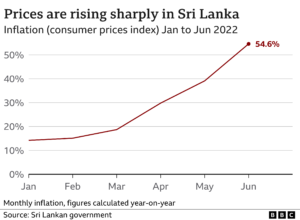 To add to the list of problems is the fact that Sri Lanka’s government has more than $51bn in foreign debt.

Who is to blame?

While the government blames the pandemic for loss in tourist trade which contributes a great deal to their foreign currency, the people of the country blame the inept government for their mismanagement of resources and their corruption.

Who is heading the Sri Lankan government?

The Rajapaksa family has dominated Sri Lanka’s politics for the past two decades, and in recent years, they have been accused of trying to run the country’s government as if it is a family business.

The dynasty politics began when Mahinda Rajapaksa rose to become Prime Minister and later two term president from 2005 to 2015. His rise to power began when he managed to end Sri Lanka’s three decade long civil war by defeating the Tamil Tigers’ insurgency through brutal military force. His campaign was accused of being complicit in widespread human rights abuses. 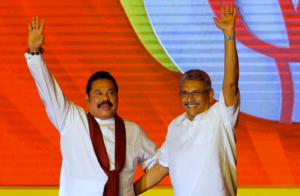 However, the family lost the 2015 elections only to return with Gotabaya Rajapaksa as their presidential candidate in 2019. Soon after he came to power, Rajapaksa brought his elder brother, Mahinda Rajapaksa, back to the government as Prime Minister and appointed other family members important roles in the government. Even as the economy was crashing, he appointed his bother Basil Rajapaksa as the Minister of Finance last July.

Amidst the recent protests, the President of Sri Lanka fled the country and is confirmed to be hiding out in Maldives.

What do the protestors want?

The protestors want one simple thing and that is for the current government, who they blame for the crisis, to resign and for an interim government to take control of the situation.

An Action Plan was released by the protesters on July 5. It puts forward six key demands, including the formation of a People’s Council from the members of “Janatha Aragalaya” (People’s Struggle) that oversees the political transition in the country. Establishing a new constitution that endorses people’s sovereignty during the term of an interim government is also among the key demands of the protest movement.

The protestors have been hitting back against the government for months. They have taken to the streets, braved through tear gas, armed forces’ barricades and stormed the most secure places in Sri Lanka which is the President and Prime Minister’s houses. They swam in the president’s pool, lay down in his bed, took pictures, lit fireworks and waved the Sri Lankan flag in victory against the government. And they continue to demand the government’s resignation.

Protesters enjoying Sri Lanka’s absconding President’s swimming pool! No dictator should remain in illusion that the power is for ever, and when the end comes, it is always violent and nasty. pic.twitter.com/T3ePbkA0gM

What is the government’s response?

Gotabaya Rajapaksa was expected to resign today, the 13th of July. Instead, he fled the country without resigning and appointed Prime Minister Ranil Wickremesinghe as its acting leader. He justified his decision by citing a section of the constitution that allows a prime minister to “discharge the powers, duties and functions of the office of president” when the president is ill or “absent” from Sri Lanka. Wickremesinghe was also expected to formally resign “to make way for an all-party government.”

This move has only angered the people of Sri Lanka and fueled their protests further. We are yet to see what is in store for the country’s future.

Protesters worldwide have been spotted wearing the Joker mask and makeup