No one’s a winner in Sang-e-Mah 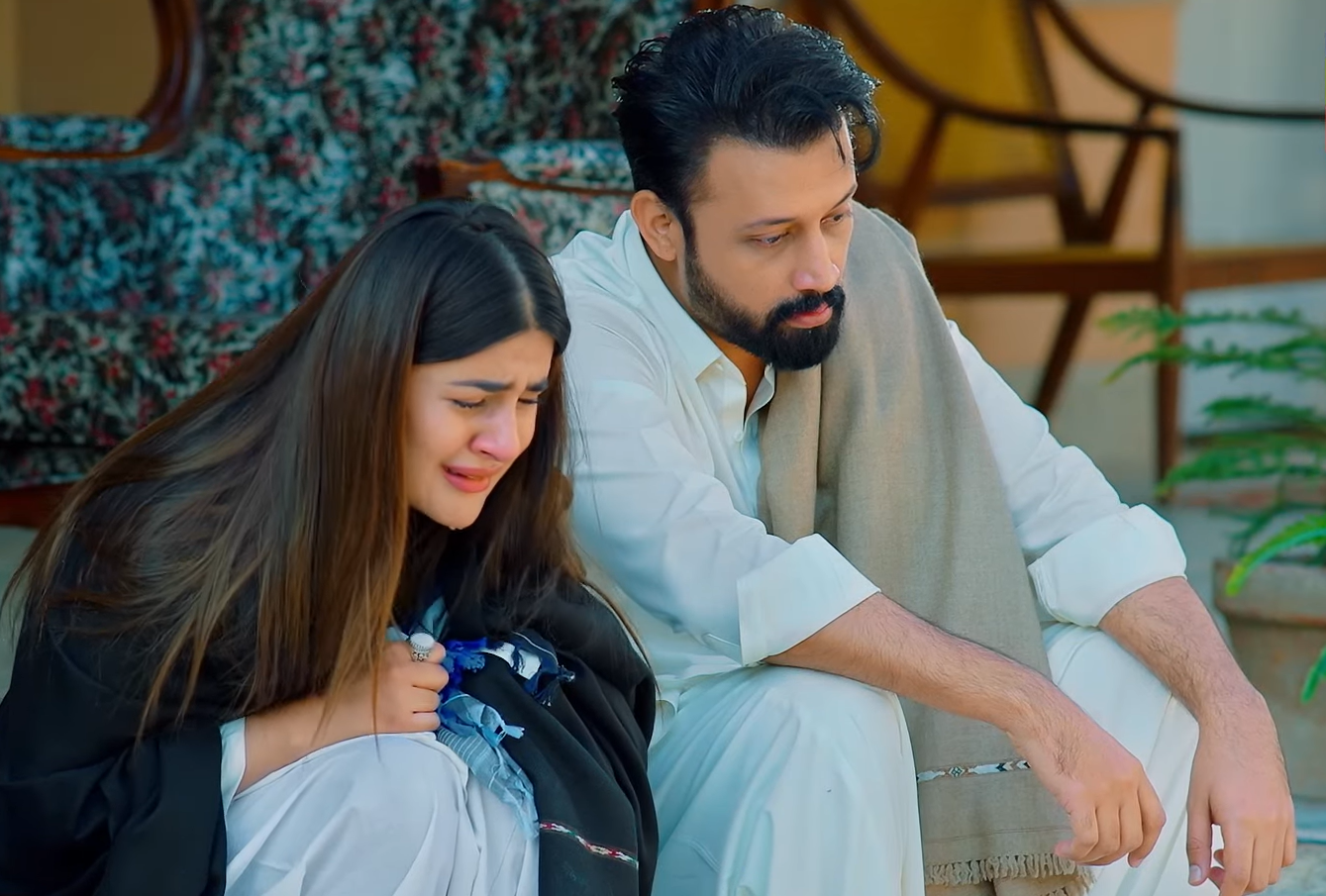 KARACHI: Sang-e-Mah created quite the hype when it first went on air in January. Marking Atif Aslam's television debut, featuring a strong cast with the likes of Sania Saeed and Nauman Ijaz, and exploring the practice of Ghag, the drama had all the ingredients to make it a hit. The show may have been a little slow-paced for some, but Sang-e-Mah maintained quite the fanbase up until the last episode on Sunday. The drama ended with a big message for the masses. It not only highlighted how Ghag (where ownership of a woman is declared by firing outside her house) is a form of violence against women, but the ripple effect that it has on generations.

However, one aspect that was truly appreciated about the drama was how strong its women were shown to be. Sania Saeed’s character, Zarghuna, was specially fierce. And she raises her daughter, Gul Meena (played by Hania Aamir) to be equally confident. They rise against men, face them head on and fight for their right without ever being driven by fear. Kubra Khan also plays Sheherzaad, a journalist who makes it a mission to help the village women and bring an end to the practice of Ghag.

The last episode of Sang-e-Mah seemed to be going towards a happy ending, specially with a victory for women. When Zarghuna interrupts the jirgah with all the victims of Ghag, the women ask for justice and for all men who carry out the practice to be punished. The committee decides that no jirgah will ever be called in another instance of Ghag, instead the perpetrator will simply be punished without question. Zarghuna and Gul Meena also forgive Hilmand (Atif Aslam) who also saves his brother’s back with his smart tactics. The two brothers unite, women breathe a sigh of relief, Hilmand finally agrees to go home.

All seems to be going well until the last sequence where Haji Marjaan (Naumaz Ijaz) and Zarsangah (Samiya Mumtaz) are found dead in their room. The two drink poison and die together instead of being punished by the jirgah, without ever finding out that the final ruling was quite the opposite.

One twist in the story and viewers were deprived of their perfect happy ending. Some even took to Twitter to express their concern over the portrayal of suicide in an otherwise flawless drama.

Atif Aslam, on the other hand, has always had a separate fan base of his own. First as a singer, and now as a television actor.

Sang-e-Mah, as a whole, has left its mark on people. A few are even anticipating a third installation of the series.