When will desi parents stop equating happiness to marriage? 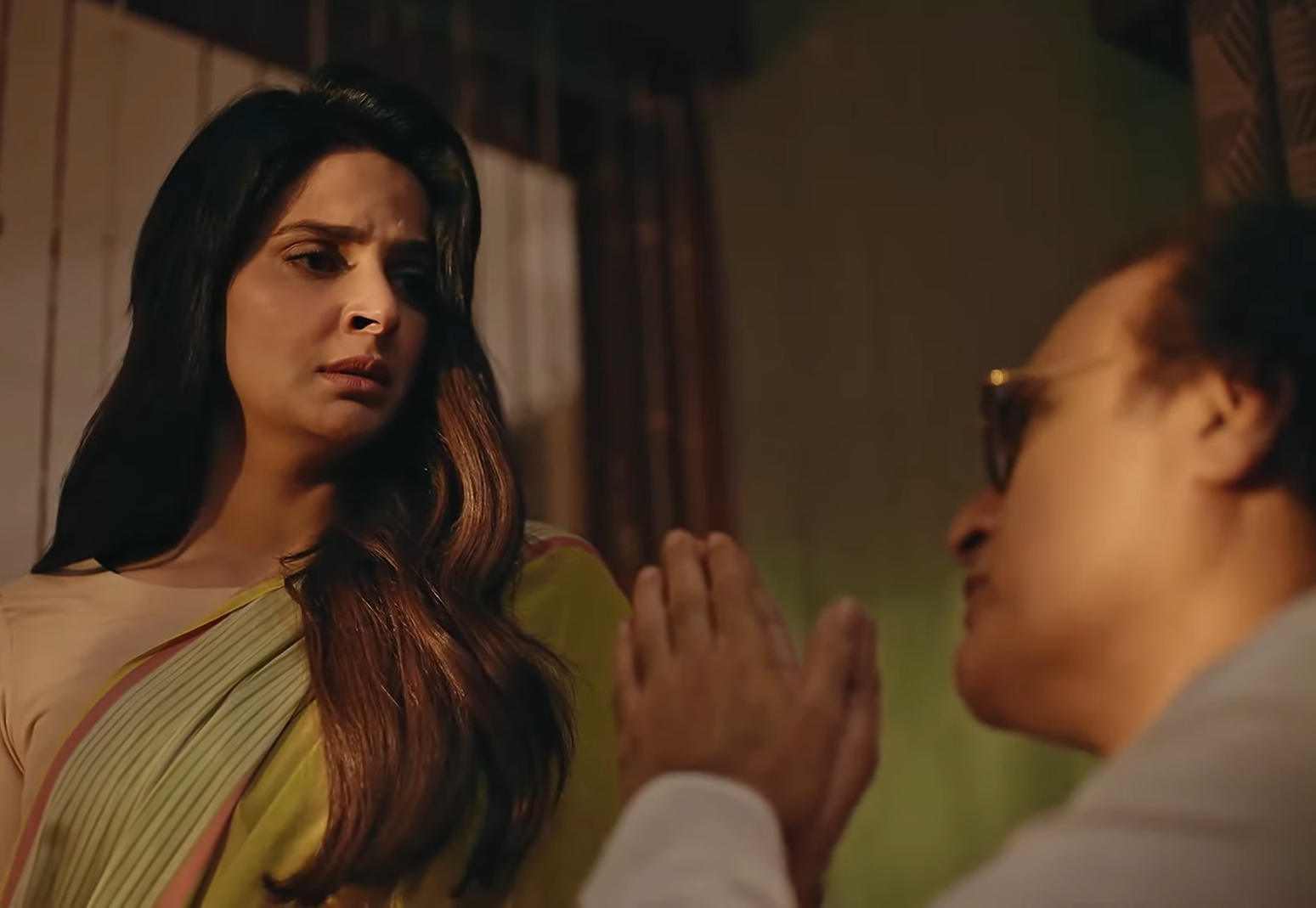 KARACHI: Fraud may be one of the strongest storylines on air at the moment. Saba Qamar plays the role of Maya, an obedient daughter who leaves it up to her father to choose her partner in marriage. However, few could have anticipated that her husband, Tabrez (brilliantly portrayed by Ahsan Khan) would turn out to be a complete scam. The last couple of episodes made us empathize with Maya and her father who is overcome with guilt for ruining his daughter’s life. However, as episode 8 of Fraud went on air, many Pakistani girls were able to see their lived experiences with desi parents presented on screen. Maya’s father may be guilty but what he chooses to do to reverse his mistake only makes things worse. His dialogues pierce Maya and her viewers and makes us sympathize with the father a little less.

After being deceived by Tabrez and his gang, Maya’s father is desperate to get his daughter married again. Without realizing that she has not healed yet or that forcing her into another relationship is not going to help anyone, he agrees to marry her off to Nayel, his nephew. Played by Adnan Gaadi, Nayel was the first man to ask for Maya’s hand in marriage but was turned down because of his financial status. After being scammed by the seemingly rich, Maya’s father agrees to for Nayel.

Except that Nayel no longer wants to marry Maya and she does not want to marry at all. Of course, desi parents hardly understand no and so both, Nayel and Maya are emotionally blackmailed. What Maya’s father says to her is something that most Pakistani girls have heard themselves. “Mujhpe yeh zulm matt karain (Don’t put me through this torture),” Maya tells her father only to be gaslighted. “Zulm toh tum hum pe kar rahi ho, apne baap ko jeetay jee maar keh (You are the one torturing us, killing your father alive).“

The same father who witnessed his daughter go through immense emotional and psychological pain, succumb to stress and become dysfunctional because of the trauma, holds her responsible for the family’s circumstances. Sure, maybe he said it in the spur of the moment, maybe parents don’t really mean these things. But daughters never forget. They never forget that at some point, they were the reason for their family’s pain.

What is worse is that parents only see marriage as the way out of such situations. You’re single? Get married. You’re unhappily married? Stay married. You’re divorced? Time to find another partner as soon as possible. Men go through similar experiences but their gender tends to give them other avenues to escape to. Women, on the other hand, are made to feel like marriage is their sole purpose.

But what happened to Maya? She got married. The family turned out to be a scam. Nobody’s fault. But is Maya’s father emotionally manipulating her, begging her to do this for her father fair? Did she not already do enough for the family? Does she not atleast deserve some time to process and heal from what happened?

In the latest episode, Maya’s father tells her, “Jab tak hum zinda hain, hum tumhari khushi keh liye jatan karte rahengay (We will continue to strive for your happiness for as long as we are dead).“ But which happiness is he talking about? Is forcing the next best match down her throat their definition of happiness? Is getting her married without her consent, that too to a man who is no longer interested, their definition of consent? Or is happiness only confined to the label of ‘married’, regardless of what comes after it?