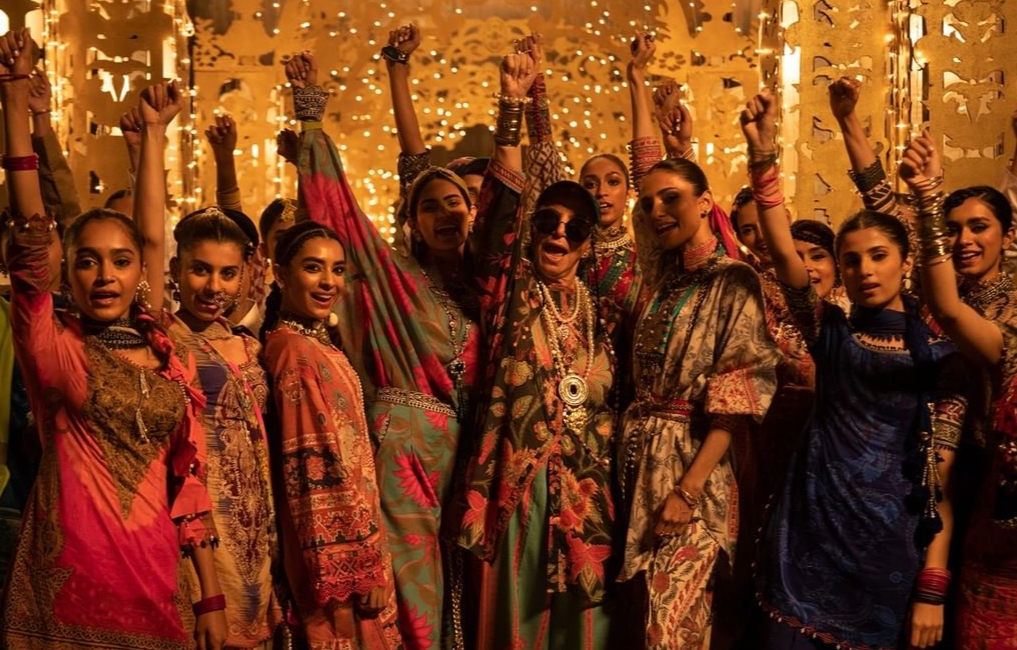 KARACHI: Fashion is nothing short of art. Designs tell stories. Inspirations stem off real life experiences. And this season, three fashion campaigns have absorbed all that is going on around them and channeled that into their designs. If you’re wondering what makes the new Sana Safinaz collection such a great initiative or how Zainab Salman and Fahad Hussayn have told inspiring stories in their campaigns, here is a look into the awe-spiring fashion campaigns.

Fashion has been pretty rigid in its standards over the years. Models have to be a certain height and a certain size to be considered beautiful. But the new Sana Safinaz collection, Mahay, has done away with those standards. Mahay shows that age, weight, or skin color do not define beauty. The campaign features an elder model, a plus size model, thin models, fair and dusky skinned models, all wearing the same collection and looking beautiful in the designs.

The new Sana Safinaz collection took their inclusivity one step further and included women who wear abayas and burqas. Explaining to Cutacut what inspired them to come up with Mahay, the brand stated, “We at Sana Safinaz have always celebrated inclusion and diversity with our campaigns. We worked with the gorgeously dusky Neha when everyone was obsessed with fair skin and colored eyes. The Sana Safinaz woman is not defined by age or her beliefs or her costume, she is and can be absolutely everything and anything with or without her veil.”

Fathers are generally known to be stoic and lacking emotion. Between the two parents, they are believed to be the unapproachable ones. But when their daughters get married, they are often overcome with emotions that they are unable to express. As for the daughters, they have so much that goes unsaid. And that is exactly what Zainab Salman’s bridal campaign Pyaare Baba touches upon. The campaign is explained as, “My dad never said much. I don’t recall a time when I could say ‘I love you’ to him. Because it was always a very formal relationship. Through this campaign ‘Pyaare Baba’ that I have addressed to him, I want to say all those things to him that I could never say.”

The fashion campaign is an ode to fathers who, without saying much, have raised strong daughters, taught them they are capable of doing just about anything and weathering through any storm. Zainab Salman’s love letter to her father resonates with a lot of women when they think back to their relationships with their own fathers, “Finally I could express my love for him in words and in my work ‘Pyaare Baba’ – It’s what I’ve been meaning to say all my life.”

Fahad Hussayn has come up with yet another brilliant bridal campaign. Through pictures and videos, the latest campaign tells the story of two different women braving through the difficulties of life in terms of log kya kahain gay (what will people say). The clothes are beautiful and the story is inspiring.

Domestic Janjaalpura tells the story of Rehmat (Kubra Khan) who “Changes her narrative by choosing to live happily once again, irrespective of what people have to say. Because a strong woman is free to make her own choices and isn’t dependent on anyone.” Beyond just the beautiful clothes (boy are they stunning) we also see someone we know in Rehmat. A girl who does not want to live her life with the label of divorcee and wants to start fresh. Her wardrobe choice is more subtle, which mirrors how she wants to go forward with the celebrations of her second marriage.

On the other hand, Sabeeka Imam as Areej in the campaign is louder in terms of her style and the way she goes forward with her divorce. She stands tall and shows zero regret for putting herself first and leaving an abusive marriage. She confidently voices that “if it is destroying you, it isn’t worth it. It is probably time to make that difficult yet much needed decision and move on. Irrespective of what the society thinks, no one deserves to live their life through misery, pain and an emotionally OR physically abusive, toxic relationship.” Areej is the woman we all look up to!

These fashion campaigns have done a wonderful job at touching our hearts. They show promise of acceptance, of love, of hope. About time our designers started focusing on more than just external beauty!