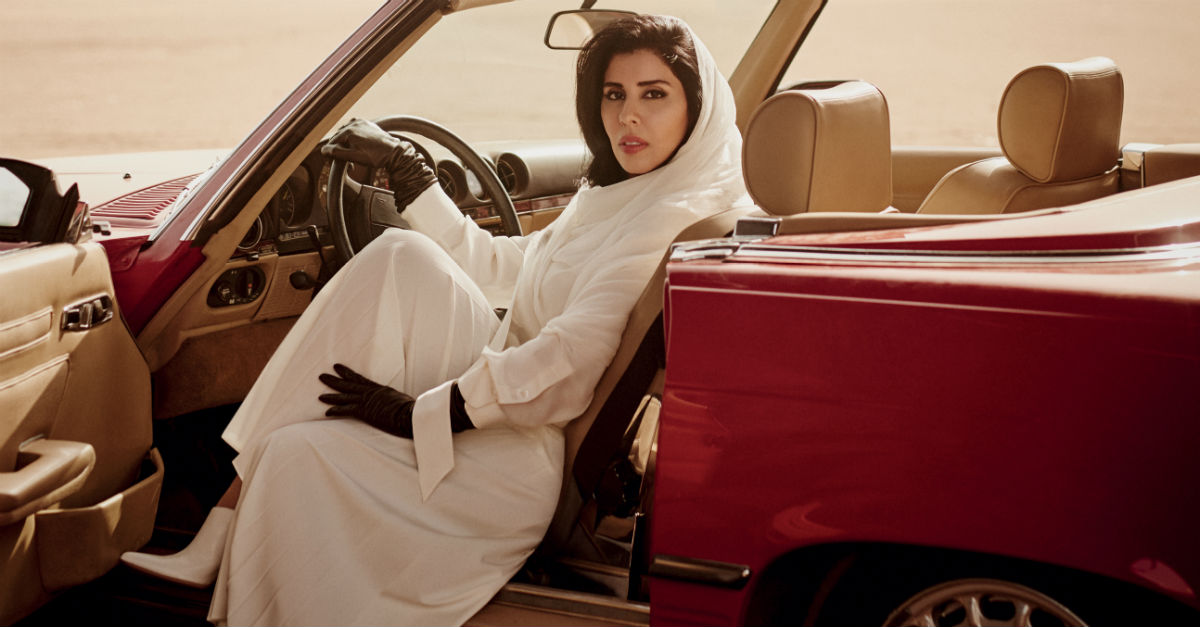 KARACHI: Vogue Arabia‘s latest cover has landed the magazine in hot water. The cover features Saudi Princess Hayfa Bint Abdullah Al Saud, daughter of the late King Abdullah, seated in a convertible with the words “Driving Force” boldly imprinted on the cover. The magazine meant to celebrate the Kingdom’s decision to finally remove a ban that prohibited women from driving in Saudi Arabia.

However, controversy arose because a dozen or so women activists have been jailed for protesting against the ban. These activists were at the forefront of the movement that resulted in the ban being lifted in the first place. According to The Independent, Eman al-Nafjan, Loujain al-Hathloul, Aziza al-Yousef, Aisha al-Manea, Madiha Al-Ajroush, Walaa al-Shubbar and Hasah al-Sheikh, as well as male campaigners Ibrahim Modeimigh, Mohammed al-Rabe and Abdulaziz al-Meshaal, were all arrested on May 18. Two or three have been released since.

According to TIME, these activists may also face charges for “suspicious contact with foreign parties” and undermining “stability,” according to the Presidency for State Security, an office which reports to the king.

Twitter has taken issue with the cover for the aforementioned reasons:

You've got to be kidding me. A princess graces the cover of next month's Vogue Arabia while @azizayousef @Saudiwoman @LoujainHathloul and other activist women who have worked tirelessly to lift driving ban languish in jail pic.twitter.com/gEmXh8sTHL

What a shameful insensitive cover! Did you know that KSA put women rights activists in jail last week? So HRH the princess can drive a car, it's okay, everything is cool in the kingdom, and let @LoujainHathloul and friends burn in hell? Shame on you Vogue Arabia and Mr. Arnaut!

Let's put a princess who never struggled from the driving ban on the cover. Who her family issued the driving ban in the first place, put so many women in jail for driving, and just imprisoned prominent women's rights activists who risked their life and freedom to lift the ban.

This isn’t the first time Vogue Arabia’s cover has been criticized. The magazine received backlash for their first ever cover as well, which featured model Gigi Hadid. Many wondered why the magazine couldn’t chose a hijabi model for a magazine that aims to promote hijabi fashion to Muslim women.