The Archies teaser is finally here 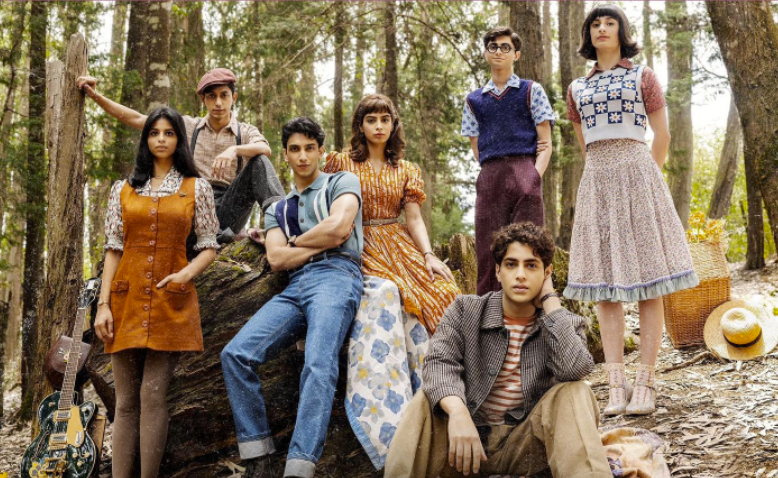 KARACHI: It has been a while since news broke that India was making their own version of the infamous Archie comics. Titled The Archies, the new movie will see Suhana Khan, Khushi Kapoor and Agastya Nanda in lead roles and will be directed by Zoya Akhtar. Here is all that we know about the Netflix film.

The Gully Boy director took to Instagram to share the first look and wrote, “Get ready to take a trip down memory lane ’cause The Archies is coming soon only on @netflix_in.” The post also let fans in on the news that The Archies would be released in 2023.

The first teaser dropped on Sunday with the official synopsis reading as, “A musical experience bursting with youth, rebellion, friendships, first loves and everything young adult, still promises to have something for every generation. We can’t wait to see the new kids on the block!”

Archie comic fans will be able to pick up on similarities between the characters from the comics and the ones in the movie. Suhana, who plays Veronica, is sporting her black locks staying true to her character. Similarly, Khushi, who plays Betty might not have her signature blonde hair but is sporting bangs. Mihir Ahuja channels Jughead well with food being his constant companion. However, oddly enough, Archie’s main feature, his red hair is missing from Agastya.

However, not everyone was excited about The Archies. Many called the movie out for nepotism with its lead actors being the children or grandchildren of prominent Bollywood actors. Suhana is Shah Rukh Khan’s daughter while Khushu is Sridevi’s. Agastya is the grandson of Amitabh Bachan.

the Justice League of Nepotism https://t.co/4E6LwN2OpY

Others pointed out that the movie isn’t relatable for the Indian audience they are trying to target.

The problem with #ZoyaAkhtar is that she watch foreign movies and start to think India is also like US. No kid in the 80s in India used to dress up like this unlike US.
Stranger Things was relatable because the characters looked like average American kids of the US.#TheArchies pic.twitter.com/fh11NEzYxN

It will be interesting to see if The Archies will be able to prove critics wrong.