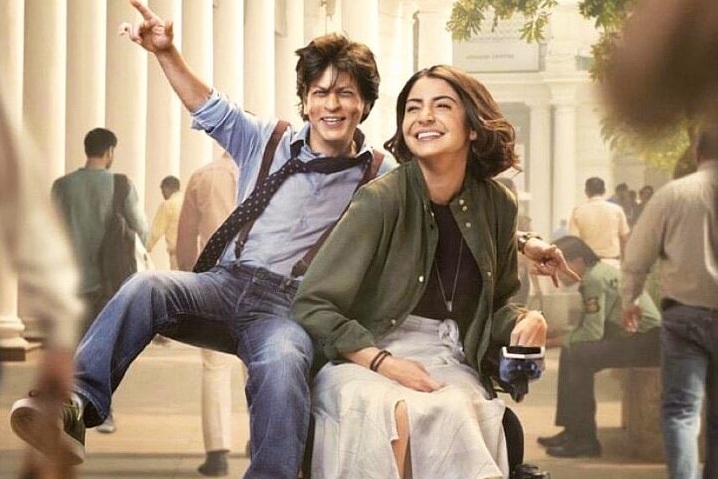 KARACHI: The cast of upcoming film Zero held a press conference after the release of the film’s first official trailer and as usual Shah Rukh Khan was being his true self. During a Q&A session, a journalist asked Khan about his reaction to Deepika Padukone and Ranveer Singh’s wedding and how Anushka Sharma had started this trend of weddings in Bollywood.

To this SRK had a laugh and said, “This trend of weddings was started by my parents, not Anushka Sharma. People have been getting married for generations.”

Read: Here are 5 of SRK’s films that are quite unlike SRK

Cutting in between the conversation, Katrina tried to explain what the reporter meant. She said Anushka’s wedding was so beautiful that it made people believe in love again. SRK agreed with Katrina and shared his own reaction to Anushka and Virat Kohli’s wedding.

“I also felt it (love) and I thought I should’ve been the one marrying Virat Kohli,” he said, causing the crowd to roar with laughter.

In other news, Zero’s trailer is a full on roller-coaster ride.

Read: TV shows that every 20-something girl needs to watch

Speculated to be one of the biggest films of the year, Zero follows the journey of a 38-year-old dwarf named Bauua who is looking for a suitable match to tie the knot. In his quest to get married, he stumbles upon a picture of world famous scientist with cerebral palsy Aafia (Anushka Sharma) and tries to woo her. We’re then introduced to another character in the film. A glamorous diva (Katrina Kaif) whom Bauua is a huge fan of. However, the starlet is shown battling depression and addiction.

From the looks of it, all three actors have delivered phenomenal performances and we can’t help but feel excited about the film’s release.