Indian cinema has several other Khans but the love and hate between Shahrukh, Salman and Aamir always gets us going 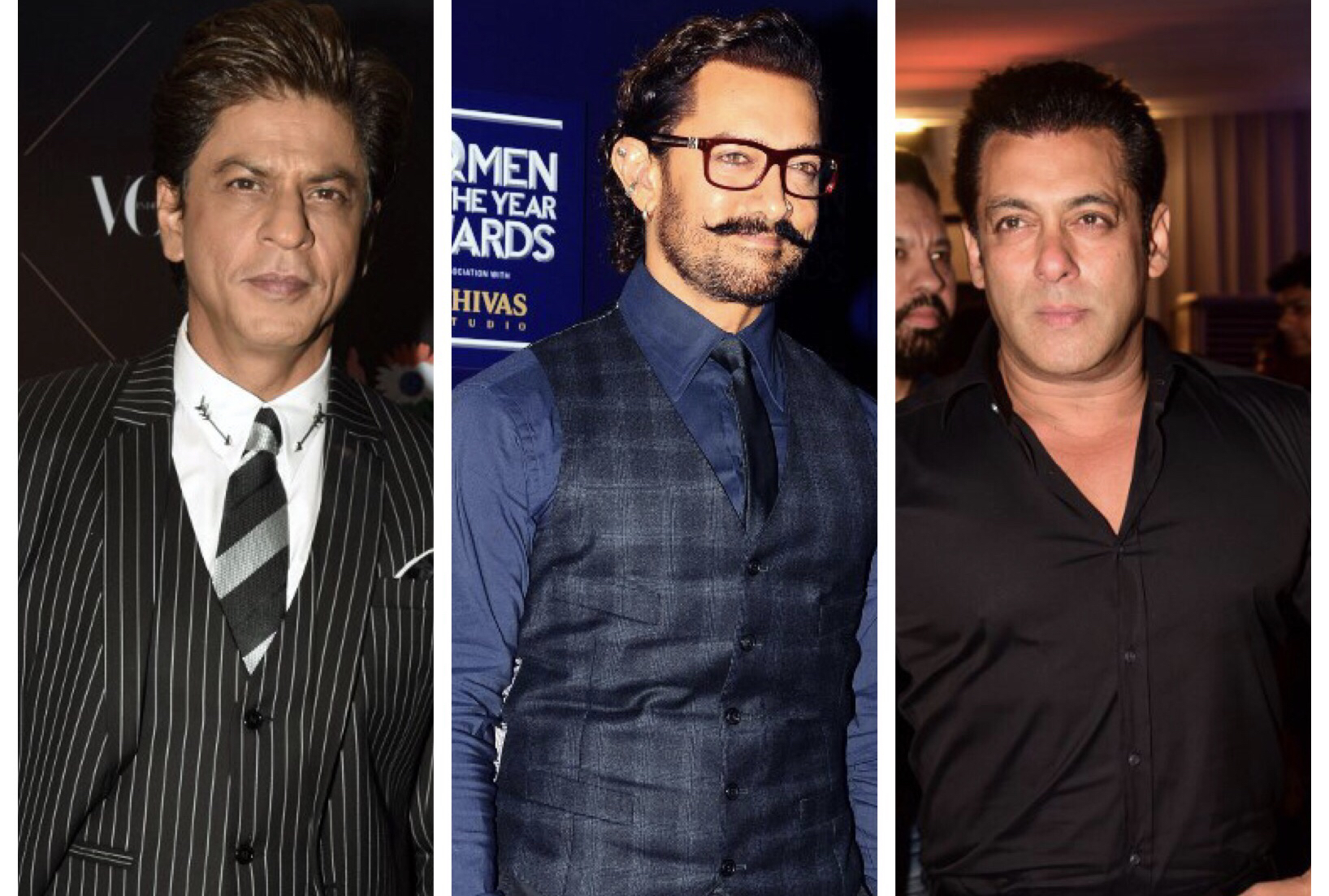 KARACHI: Bollywood superstar King Khan (forgive my fan-girling) Shahrukh Khan has credited his fame and success to well, Salman Khan. In an appearance on Salman’s television game show Dus Ka Dum alongside Rani Mukherjee, Shahrukh shed some light on the time he first came to Mumbai as a “struggling actor” and Salman and his father, Salim Khan, helped and supported him a lot.

While it was a really heartwarming anecdote, we couldn’t help wonder how much attention these few words of appreciation received from everyone. It made news everywhere. Even the show further dramatised their bromance by showing all their hugs and exchanges in slow motion. And while, yes, it’s understand that often everything about celebrities is newsworthy because there’s an audience for it, I admit I am also completely and shamelessly obsessed with keeping tabs on the friendship status of Bollywood’s three Khans.

A lot of my time is spent catching up on whether Salman, Shahrukh and Aamir are friends, enemies or frenemies.

Read: How do men get over a breakup?

But where does this obsession come from and why are we fixated on these three alone?

Here are a few reasons I was able to come up with:

1. All three are almost the same age

They’re around the same age plus they started their careers not too far apart; hence, the comparison.

2. All three took turns at the top

Shahrukh, Salman and Aamir tried out the same chocolate boy formula but it only worked for SRK; the other two found their own niche. While SRK made it to the top with Dilwale Dulhania Lejayenge and Kuch Kuch Hota Hai much later in his film career, Aamir and Salman sort of had a similar path. They made it to the limelight at the start with their first few films but sort of fell through for a bit while SRK enjoyed all the attention. However, in the recent past, Salman found an audience with more mainstream masala movies such as Dabangg and Bajrangi Bhaijan while Aamir gained the ‘serious actor’ reputation for films like Taare Zameen Par and Dangal.

If we look at Bollywood now, the newbies have a few good films to their credit and a few bad ones. But while we were growing up, the craze for SRK, Salman and Aamir was a real thing, meaning it didn’t matter if they had a flop or two. Their star power was bigger than that and they entered the market when celebrity culture was at its peak in South Asia. Similarly, during our parents generation, Amitabh Bachchan fandom was the real thing.

4. Their real-life chemistry is also filmy

All three are distinct in their personalities and their work.

Is there anyone sassier than Shahrukh Khan? He’s got the whole charming thing down plus he’s a damn good speaker. He’s witty, sarcastic and always has the right things to say.

Is there a more intelligent actor than Aamir Khan? He has mastered character acting and is one of the finest Bollywood actors. He’s reserved, makes less public appearances and has that whole mysterious thing going on which works for him.

Is there any actual bad boy who can play a good boy as well as Salman Khan? I have my differences with him but he does create magic onscreen sometimes (I’m referring to Bajrangi Bhaijaan)

Read: Salman Khan is no hero

I can’t think of any other potential power pack iconic trio in Bollywood. Can you?