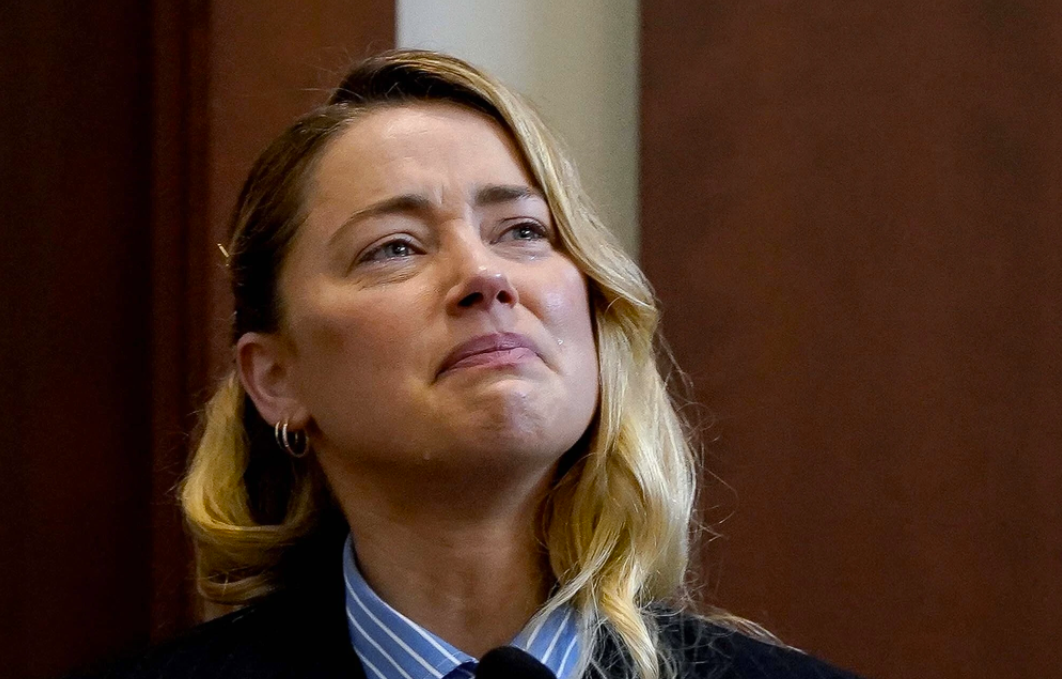 KARACHI: After a week long break, the court has readjourned in the case of Johnny Depp vs Amber Heard as the former couple face off in a defamation suit. Before the break, Depp had taken the stand and had detailed the abuse he faced while married to Heard. Now, Amber Heard is taking the stand and this is all that we learned from her testimony.

Amber Heard began her testimony talking about when she and Depp first met. After she auditioned for The Rum Diary, she was called in for a meeting with Depp. She admitted that she was not a fan of the actor but knew who he was because of his fame. However, the connection was instant, “It was weird because he was twice my age and world-famous actor and here we are, getting along about obscure books and old blues. I thought it was remarkable. I thought it was usual and remarkable. I left there feeling like, wow.”

She also talked about the early days of romance with the actor, “He made me feel seen, made me feel like a million dollars. That kind of feeling where he just lavished gifts, lavished expressions of love, and how he’d never met a woman like me.” Depp had said something similar about the connection he felt with his ex-wife and even called her the “perfect partner.”

When and why things changed

While Heard claims that Depp was “the love of her life” she also called him, “this other thing” which was “awful.” To be more precise, she said, “And that other thing was awful, awful thing that would come out and take over and you couldn’t see the Johnny I loved underneath it.”

As per Amber Heard and her testimony, Depp’s change in character came when he broke his sobriety and his assaults would coincide with his drug and alcohol consumption. Heard went on to say that not only would he become violent, he would also lose control of himself, “I mean this man lost control of his bowels and I cleaned up after him, his security cleaned up after him, changed his pants in front of me, he would pass out in his own sick,” she said.

Amber Heard dedicated a large portion of her testimony detailing the abuse she suffered at the hands of Johnny Depp. The first time he hit her was over a tattoo he had on his body. He had slapped her because she laughed at the tattoo and that was something that would always stay with her, “I will never forget it. It changed my life.”

As per Heard, the abuse only got worse from them onwards. She claimed that her walking away from an altercation with Depp would only make things worse. She recalled how he beat her up on a family vacation with his children. In her recount of the event, Heard alleged that Depp thought she told his kids that he was a drunkard which lead to him abusing her physically and saying that he could “f***ing kill” her.

Amber Heard testified Wednesday that Johnny Depp slammed her against a wall and threatened he could “kill” her during a yacht trip with his children in 2013. She claimed he was “angry” she had outed his drinking to his children, which she denies doing. https://t.co/TiKVNFjNQq pic.twitter.com/WEMZkhnWXo

When she hit back

“In all of my relationship to date with Johnny, I hadn’t landed a blow. And for the first time, I hit him. Like actually hit him, square in the face,” Heard stated to the court.

If the details of the physical abuse seem bad, the graphic description of the sexual assault that Heard allegedly suffered at the hands of Depp are enough to make your skin crawl.

Heard testified about the time Depp did a cavity search of her. She claims he did so in search for cocaine. She claimed that it did not make sense that he would accuse her of hiding cocaine when she was so against the drug. Irrespective of how she felt, “He was telling me, we’re going to conduct a cavity search. Like, just shoved his fingers inside me. I just – I just stood there staring at this light. I just stood there, while he did that.”

Amber Heard sobbed during her testimony as she talked about how Depp penetrated her with a bottle after a fight they had. She said the fight began because Depp wanted to do MDMA and Heard did not. The fight reached the climax and Depp began drinking alcohol from a bottle. She managed to grab the bottle from him and smash it on the floor to which Depp began chasing her around the house throwing wine glasses at her.

When he finally caught her, Depp allegedly held her by the throat, punched her in the face, and falsely accused her of infidelity with other actors she had worked with. He then proceeded to rip her nightgown off and assault her with the bottle. She sobbed as she recalled, “I remember just not wanting to move because I didn’t know if it was broken…I didn’t know if he would know it was broken,” Heard said. “I just remember thinking, ‘Please God, please, I hope it’s not broken.”

Why she did not leave Johnny Depp

The question on everyone’s mind was, why did Amber Heard stay with Johnny Depp if things were so bad between them? Amber Heard, in her testimony, offered two possible answers: She talked about how her ex-husband had told her that the only way out of their marriage was death. She explained that he said this when she talked to him about a prenuptial agreement, “He said, ‘If you ever brought one up to me or if I ever saw one got my hands on it I’d tear it up, any way out of this is death. The only way out of this is death,” she claimed.

She also broke down in front of the court when she recalled that she stayed with Depp in hopes he would get better, “I wanted to want to leave him. I wanted him to get better. And he expressed to me so many times when he was in that period of getting clean and sober, ‘You saved my life. Baby girl, you saved my life.”

Heard is yet to be cross examined by Depp’s counsel.