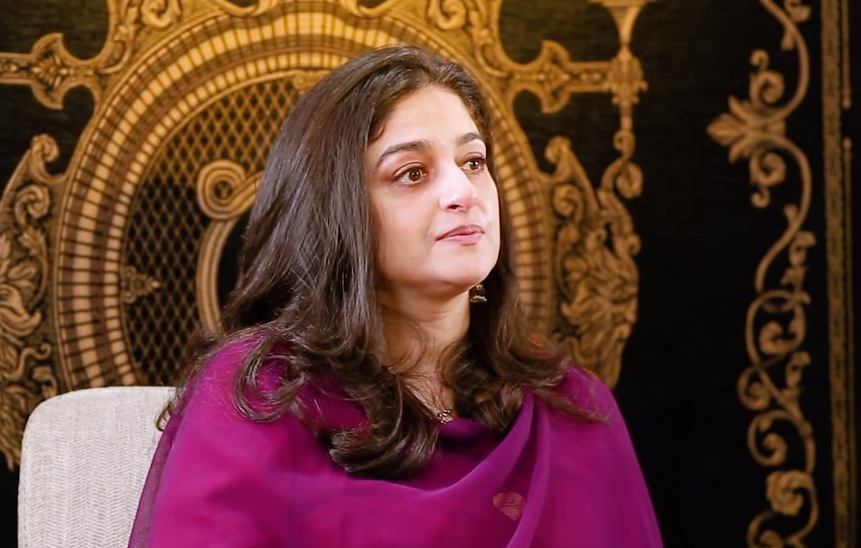 KARACHI: “When I think about my childhood I just want to move away from the topic,” said Pakistani actress Nadia Jamil, in an interview with Samina Peerzada on the web television talk show titled Rewind with Samina Peerzada. Nadia was prompted into the discussion when the host asked her why she claimed to have a defensive/ angry personality as a teenager in school to which she stated that it was due to the jarring experience that she had as a four year old.

Nadia said that even though she had a great childhood filled with love from her family and relatives, she vividly recalls when a member of the household staff, a tall driver put her in his lap and before continuing towards details of the incident, she evidently looked disturbed and spoke about how she wants to be detached from that memory.

In a report published by Dawn, 10 children are abused every day in which girls were found to be more vulnerable to the abuse than boys. Nadia spoke about this in the interview and said that some relatives/family members have a habit of telling the abused child to stay quiet about the incident or try to ignore it to make it seem normal to the point where it happens with everyone. “But if you stay quiet it happens again and again,” she said, focusing on the importance of the family’s support towards their child and taking action against the abuser.

Speaking about her teenage angst, she argued that when she was silent about her abuse, it slowly became a habit to be abused which resulted in her developing the thought that being rude and misbehaving with others as a byproduct is justified. Nadia further said, “I felt at that point that if I don’t act like a ‘girl’ then maybe no one would bother me.”


The interview has since then generated comments supporting her attempt to voice action against child abuse. One user commented on YouTube: “Child abuse is very common in our countries but the main thing is weare  told to be quite about it even our parents don’t pay proper attention to it. It’s high time to educate our children about sexual abuse and to vocalise it,” said one comment, while another said, “She is a great actress,great human being, fostering many poor children and highlighting a very serious issue which is taboo in our society. Hats off to her bravery & May Allah bless her with good health & gave her more  strength Ameen.”

Nadia has previously spoken about surviving sexual abuse as a young child.

When I sexually abused it ws by my Kari Sahab, my Driver & then by a highly educated elite families son. Now a happily married business man in London. It’s across the board. Men abuse across the board. My family still wants me to stay silent. But the shame IS NOT MINE! Never ever