The Round Lake: A haunting reminder of Pakistan’s water crisis 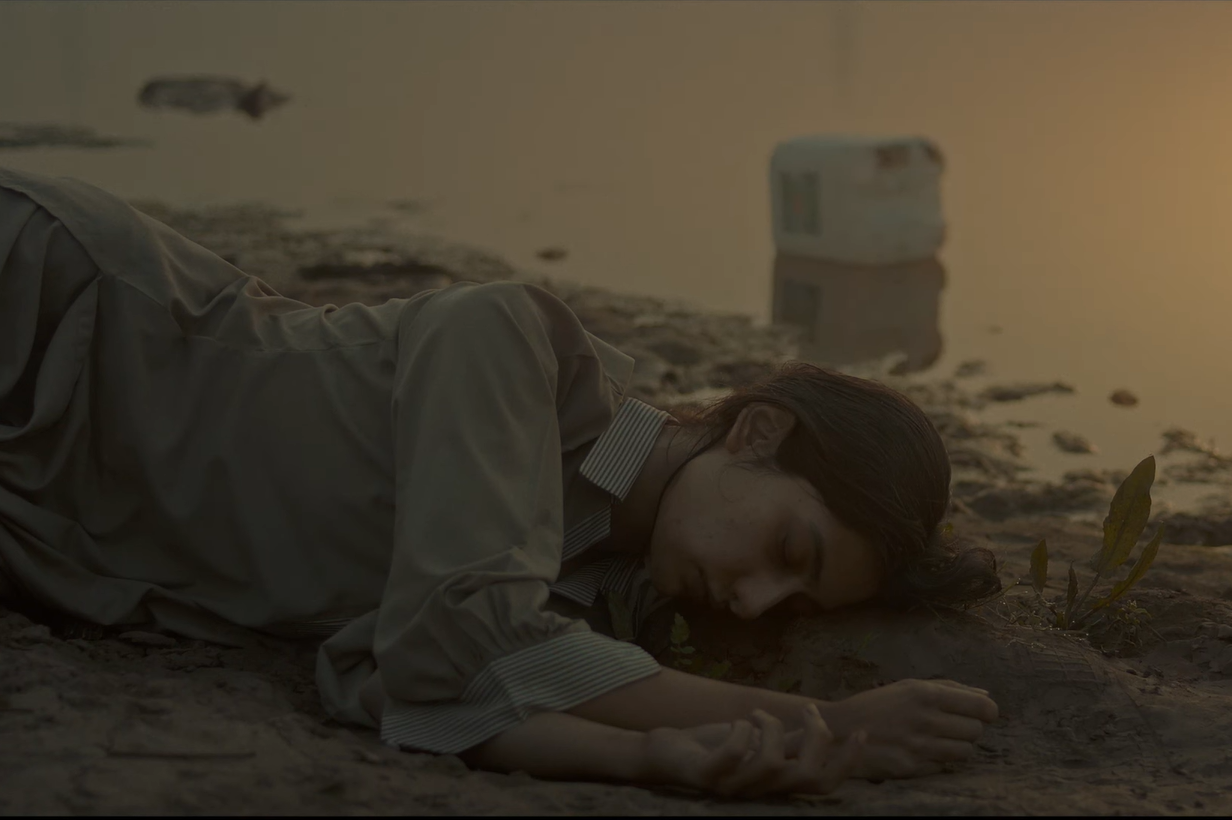 KARACHI: Climate change is a haunting reality that many of us tend to take lightly. Developing countries like ours are more vulnerable to the impact of climate change, a reminder present in Hira Sheraz’s short film, The Round Lake. Starring Eman Suleman in a lead role, the short film brings to attention the water crisis in Pakistan. Set in the year 2030, the film is only 11 minutes long yet paints a horrifying picture of where we are headed. Keep reading if you have already watched the film or come back later to avoid any spoilers!

Situated in a small neighbourhood in Lahore, The Round Lake shows the struggles people face while waiting and searching for water. While water taps remain empty, citizens mark dates on the calendar, waiting for the day they will be supplied with water next. As the clock strikes 12, men, women and children run to the streets with barrels in their hands, desperate to get their containers filled up by the water tanker.

Only that the tanker never comes. And the one that arrives in the morning is only enough to cater to a handful of people. Their next option is to either wait for days before the next tanker arrives, or resort to the sewage water from River Ravi. Earlier this year, Lahore’s River Ravi was declared the world's most polluted river. One can only imagine what it would look like eight years from now, which is when the film is set.

The most heartbreaking but also eye-opening moment of the film comes at the end. While the working class ends up sleeping next to a nearly dried up and intoxicated river in search of clean water, the rich auction water. Men in suit bid their highest with 10,000 gallons of water finally being sold for Rs. 50 lacs. To someone who needs it for their swimming pool.

Capitalism’s role in climate change becomes increasingly obvious as the rich get richer and the poor get poorer. Human factors leading to the global crisis also become amplified and the film provides us with a chance to self-reflect.

The Round Lake has a dark and eery feel to it but one that is appropriate. The near absence of colour portrays the dark days we are headed towards, while maintaining focus on the smaller details such as sound, the bruised face of Eman Suleman whose makeup brilliantly portrays an impoverished individual. While the dialogues are few, the helpless faces of the people convey all that needs to be said to the audience.

Hira Sheraz’s short film is one of five selected by Novo Amor under his ‘565 Fund’ that has been set up with the aim of helping young filmmakers explore the interaction between humanity and the environment.

Why Eman Suleman’s new haircut is so iconic