On account of World Environment Day, we speak to Pathfinder International on how women and children are vulnerable to climatic hazards 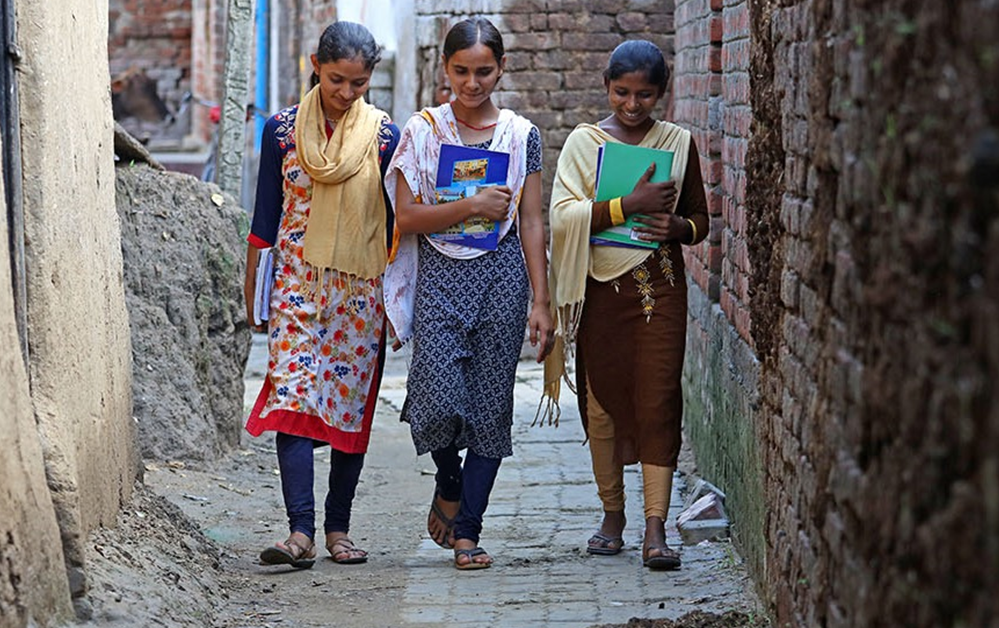 KARACHI: Two facts that should be of high priority to Pakistan right now: We are among the top 10 countries in the world that are going to be affected by climate change and we are also performing poorly on the gender development index. Why is it important to put these two things together? Because Pakistan grapples with gender equality and it manifests itself in all walks of life. From policies to opportunities, women’s needs are often sidelined. And when the impact of climate change starts to manifest in our daily lives, women and children are going to be the most vulnerable to it. On account of World Environment Day, we speak to Pathfinder International on how women and children are vulnerable to climatic hazards.

Dr. Tabinda Sarosh, Country Director at Pathfinder International – Pakistan, a global non-profit organization that focuses on reproductive health, family planning, HIV/AIDS prevention and care, and maternal health, reiterates the a. The organization is currently trying to bring attention to the growing climatic hazards that Pakistan stands to face and why it’s imperative that women are part of that conversation.

“In crisis situations, all the vulnerabilities women face become multifold,” says Dr. Tabinda, referring to the lack of access to food, education, health facilities, economic opportunities and the various other restrictions women in Pakistan already face.

But there are various other considerations to make. For instance, climate change is causing a lot of rural to urban migration, due to soaring temperatures, increase in floods/droughts causing devastation to crops, and locust attacks among other various factors. These make it difficult for rural population to earn their livelihood through agricultural means. “When the spouses migrate to urban areas for employment opportunities, women are often left alone with the added responsibility of protecting the family, taking care of it, and feeding it, as well as looking after the land,” she elaborates, further adding that looking after the land still doesn’t mean that women often have control over it or any say in the decision-making process.

Also, in terms of food and nutrition, women (and society) often deprioritize themselves and make sure to save the better quantity and quality of food for the male members of the family.

All these factors point to one thing: women have a poorer quality of life, and that will get further exacerbated with the effects of climate change. And Afia Salam, a journalist who regularly writes about environment and gender, puts forth the following question: Do women even have the right to avail these resources or are they simply viewed as reproductive beings whose sole purpose is to give birth and it doesn’t matter if she’s sick, weak or undernourished? “Also, when women demand the right to that access or to bodily autonomy, they are faced with a lot of difficulties and violence,” explains Salam.

Violence is one of the biggest deterrents when it comes to the challenges faced by women, further restricting the accessibility of resources and facilities. In a male-dominated society, women face the risk of sexual assaults when left alone due to rural-urban migration, conflicts with men over land in the absence of a male spouse, and an increase in domestic violence. Women in rural areas of Pakistan spend close to 3-4 hours collecting water, irrespective of the scorching temperatures, and despite that are the last to have access to water. Travel distance and time continue to increase with depleting resources which also increases their vulnerability to harassment and violence. It is imperative to consider climate change from a gender perspective if we truly want to improve equality outcomes in the country.

This brings us back to climate change and reproductive health. In Pakistani society, women are responsible to take care of their children, and often in harsh circumstances, and not having control over the size of the family that a woman wants to have and can take care of is an important issue. And while maternal and infant mortality rates of Pakistan are already high (currently, the maternal mortality ratio is 186 deaths per 100,000 live births and the infant mortality ratio is 67 deaths per 1,000 births), these numbers may rise further, if the situation is not accounted for and taken into consideration.

This year, on World Environment Day, let’s aim to spread awareness around the matter to better the situation in the coming years.