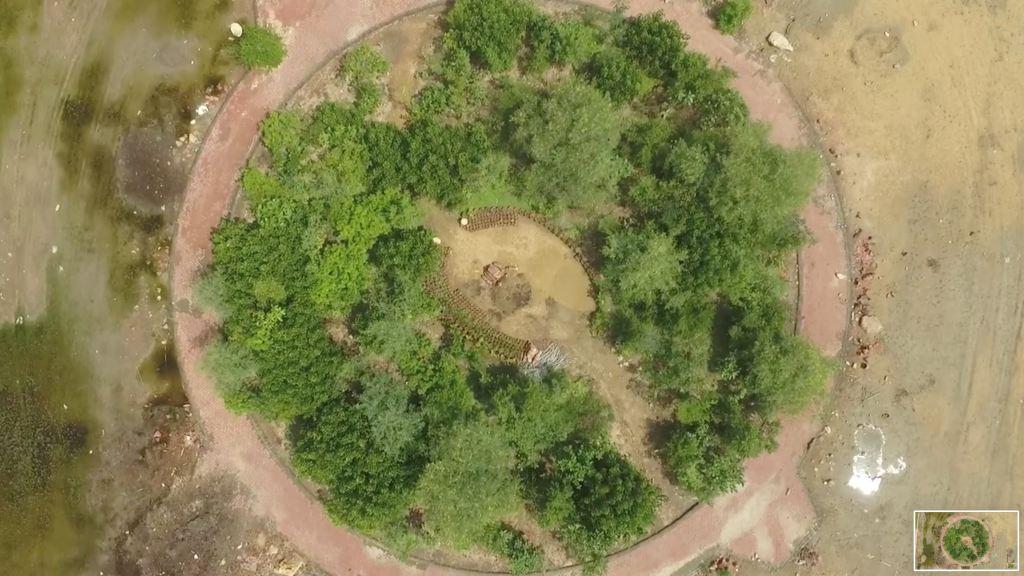 KARACHI: In 2018, Shahzad Qureshi and Karachi Metropolitan Corporation (KMC) signed a five-year agreement in which a garbage dumping sight would be converted into an urban forest by Qureshi. Since then, Qureshi has planted 15,000 trees of 55 different species and over 5,000 people have visited the three-acre park located in Clifton and planted saplings.

However, in the 16 month period, KMC has cancelled the agreement for the second time and has announced that they will be taking pack possession of the park.

Last year, Cutacut produced a short video on Qureshi’s efforts at creating a small forest in the middle of a concrete jungle, Karachi. Watch it below:

Watch: A forest in a concrete jungle

Mayor of Karachi shuts down Urban Forest with the words "Too Slow". Shahzad Qureshi planted 15,000 trees in 16 months according to the Miyawaki Method; he put in Reed bed tech to naturally filter sewage water into a fresh lake; What did you do in 7 decades at the same park? pic.twitter.com/Ahw1KubzNh

According to Samaa, KMC officials were of the view that the contractor has failed to develop and maintain the land as a public park, which compelled them to cancel the agreement and take possession of the park.

Earlier today, Qureshi shared a video of KMC workers uprooting some of the plantation and vegetables currently growing in the park. These vegetables have been planted by Qureshi and are distributed free of cost.

“There are no legal grounds to do this,” Qureshi said told Cutacut when asked how KMC could cancel a five-year agreement prematurely. “I have reached out to the PTI and MQM leadership and all concerned DGs to look into this and stop this from happening.”

When asked why the plants are being pulled out so suddenly, Qureshi revealed that there is no communication on this. “I came and shouted around at the park so the workers have now stopped pulling them out. But yes, they showed up a few hours ago and started pulling out the vegetables and planting new ones here and there.”

Read: Why you should start growing vegetables and fruits at home

After KMC removed the volunteer, it has now started uprooting plants as seen below.

Karachi's biggest enemy is the Mayor. He wouldn't work if he had the money which he claims he does not. Then how come he hired men to destroy? pic.twitter.com/3ZhM5u8vnT

Qureshi reiterated that the government should honour the agreement and allow him to develop the forest further. “We are doing something good here, there are 2.5 years left according to the agreement. Let us complete our work because I promise you, by the next two years, there will be a full-fledged forest growing in the middle of the city and nobody would dare destroy it. People have to protect this forest, it is for them. They have to stand up and stop this from happening.”

Cutacut reached out to KMC’s director-general parks and horticulture for a comment but is yet to receive a response.