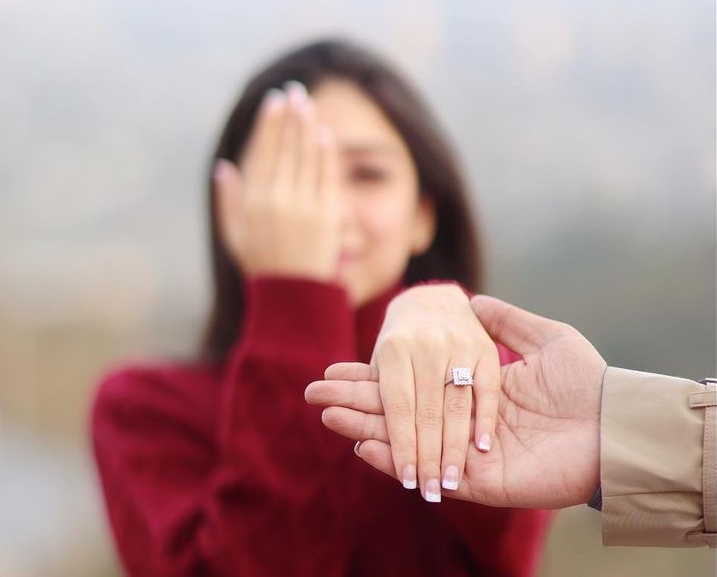 KARACHI: Weddings make up a big part of desi celebrations. From the baat pakki to the engagement and to the actual wedding, we celebrate the whole journey in all of its essence. And it’s only more exciting when a celebrity ties the knot! Living their joy vicariously through social media has a charm of its own. Pakistanis seem to be in a particularly celebratory mood ever since Asim Azhar and Merub Ali got engaged. Hence, here are our favourite couples who recently said yes and got us in the mood for love!

Of course we had to begin the list with the couple of the hour! Asim Azhar and Merub Ali got engaged on March 20 in an intimate ceremony. The two were rumoured to be dating for a few months before they became official. Azhar and Ali’s mothers have been best friends for years, resulting in a friendship between the children as well. And how beautiful is it when a friendship turns into a union!

One of Bollywood’s most beloved actors, Farhan Akhtar, tied the knot with Shibani Dandekar in February 2022. The two actors had been dating for four years before they got married last month. While the couple did share precious moments from their big day on social media, the wedding itself was kept intimate as the couple celebrated with their closest friends and family.

If there is one Pakistani girl who got the proposal of her dreams this year, it is Mariyam Nafees! Even though their wedding date has been set, fiance Amaan Ahmed still managed to pull off the perfect surprise proposal for his partner. Mariyam Nafees shared snippets from their picture-perfect moment as Ahmed got down on one knee and proposed to her on a mountain surrounded by roses and love!

Another Bollywood couple who was in the public eye for months was Katrina Kaif and Vicky Kaushal. The two had kept their relationship quite private and kept fans on their toes till the wedding day. From rumours to glimpses from their big day, the internet wanted to know everything. Even though they have been married for four months now, fans are nowhere near being over how good the two look together!

An open letter to Vicky Kaushal

Shahroz Subzwari addresses the rumours around his separation from Syra Shahroz