The not so secret wedding has become the subject of various memes that poke fun at the over the top secrecy, Salman Khan and all the restrictions placed on the guests. 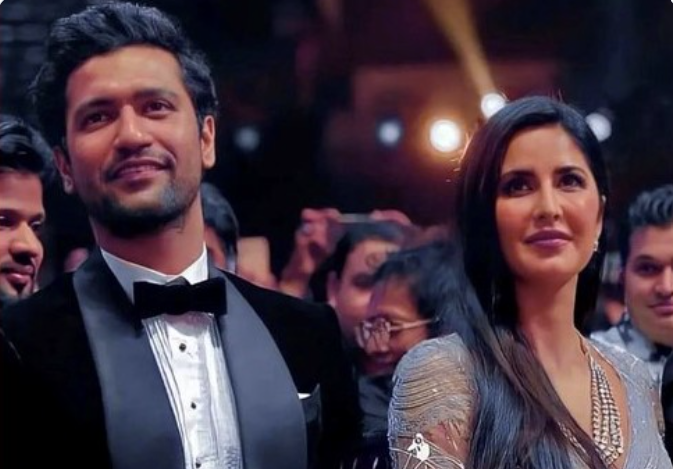 KARACHI: Bollywood is abuzz with the Katrina Kaif and Vicky Kaushal wedding. While fans are incredibly happy for the couple, they are also incredibly amused with the over the top restrictions that are part and parcel for the guests of the wedding. And in true social media fashion memes about the Katrina Kaif and Vicky Kaushal wedding have been circulating. From poking fun at the secrecy to making fun of those who aren’t invited, here are the best memes.

Vicky Kaushal & Katrina Kaif Wedding: From Making No Reels To Approving Pics Before Sharing, The Star Couple Has Reportedly Issued Some Strict SOPs For Their Big Day!https://t.co/bK8XGe6bP9#VickyKaushal #KatrinaKaif #Koimoi

Many fans found it hilarious how the couple still refuses to acknowledge that they’re getting married despite the fact literally everyone knows that they ARE getting married. The Katrina Kaif Vicky Kaushal wedding is perhaps Bollywood’s worst kept secret!

Others found the secrecy of the event meme worthy.

The strict security measures made it feel like if you’ve scored an invitation to the wedding, you’re being punished for your past sins.

There was a lot of concern for the Indian press and how they were coping with being barred from the wedding.

Paparazzi on 9 dec in ranthambhore will be like*#VickyKatrinaWedding #VicKat pic.twitter.com/mcIgWWTKZd

But perhaps the funniest memes weren’t about the wedding but rather about who wasn’t invited to the wedding. Namely Salman Khan. The memes did not disappoint!