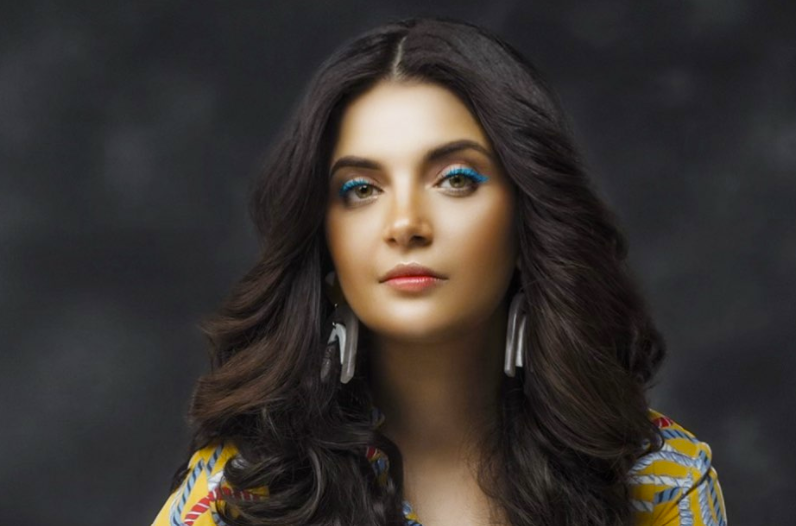 KARACHI: Every year, as Aurat March and Woman’s Day comes and goes, there is always a group of people who question the point of the event itself. For most part, the critics are ignored. But often, we come across a comment or a message that requires a response and that is exactly what happened with Armeena Khan who felt compelled to respond to a fan questioning Aurat March.

The actor took to Instagram to share a screenshot of a message she had received which read, “With all due respect, I want to ask how Aurat March will bring the change in the life of those women who are oppressed, get raped, harassed in offices and work places and even schools and madarsas, murdered, abused and killed in the name of honor?” The writer of the message went on to say she is a “huge supporter of feminism” but could not understand the point of “women who are already privileged and educated” marching for those who “do not even have basic rights.”

The writer, whose name is Khadija, went on to write, “I think that only men can bring the real change. They can be the chain breakers only if they want to.”

The message did not go unnoticed and Armeena Khan responded and defended the Aurat March. She wrote that both of them agreed on the fact that, “Killing, raping and denying basic human rights for women and girls is unacceptable” as is the need for change. However, “Women are the best placed to decide what this change should look like. Women need a platform, a voice and equality of access to the public realm.”

Khan went on to write, “Aurat march cannot change everything singularly. It is not the complete solution. It is on a part, an important part of a range of actions required.” As far as educated, privileged woman being the majority marcher, she said, “As for privileged and educated women being part of the Aurat March, they are part of the movement because they are women. Their social position doesn’t disqualify them. It’s like saying Jinnah shouldn’t have marched for the establishment of Pakistan because he was a westernized, educated, privileged man who had little in common with a poor sub-continent Muslim.”