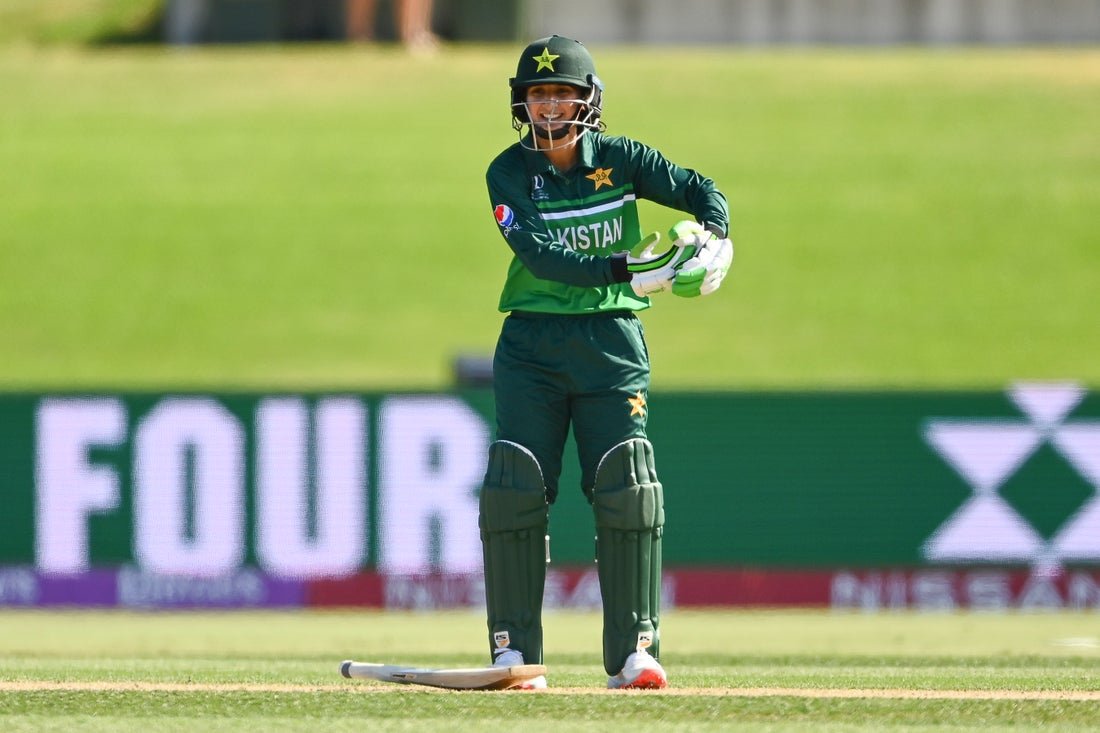 KARACHI: To put it mildly, motherhood is a wild journey. Every woman does her best to keep up with the challenges that come with being a new mother. And there are some mothers who serve as inspiration for others, who make others believe that if one woman can do it, then so can the rest. Captain of Pakistan’s women cricket team, Bismah Maroof, is one such woman. Bismah Maroof warmed hearts after she arrived for the Women’s World Cup with her 6-month-old daughter.

Players of the Indian and Pakistani cricket teams could be seen playing with Maroof’s daughter, posing for pictures together, and celebrating the true spirit of being women and sportspersons. Captain of the Pakistan team was already garnering praises for returning to the field with a toddler, and her performance did not disappoint either.

On March 8, Pakistan played against Australia. Even though Australia won the match, our captain won hearts with an adorable gesture. Bismah Maroof, who scored a total of 78 runs, dedicated her half-century to her daughter who was present in the stands. After hitting 50, Maroof smiled wide and gestured a cradle with her arms while looking at her child.

During the match, Maroof also scored a partnership of 99 runs with Aliya Riaz, Pakistan’s highest ever in the World Cup.