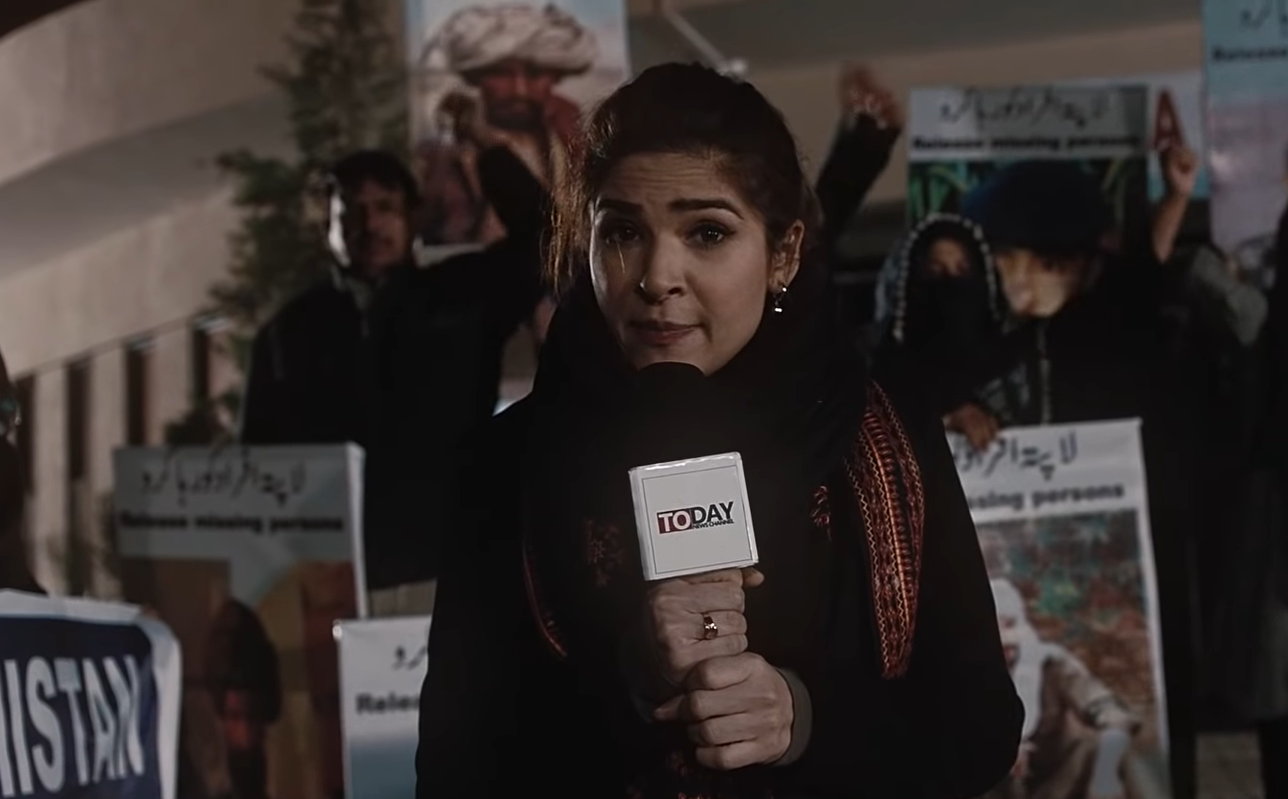 KARACHI: Relations between Pakistan and India have always been rocky, to say the least. But over the years, in the spirit of art, our singers, actors and writers stayed neutral when it came to delving into international politics. However, our neighbors didn’t seem to share the same sentiment when they enforced a complete ban on Pakistani artists in 2019. Now, our artists have seem to be a little more vocal on the topic. It began with Nabeel Qureshi’s Khel Khel Mein and has continued with upcoming film, Dhai Chaal.

Ayesha Omar and Shamoon Abbasi star as the lead charactersfor the movie based on the Indian spy Kulbhushan Jadhav. Sharing the trailer on Instagram, Omar wrote, “Yeh Bollywood nahi hai jahan tum Indians her jang jeet jatay ho. (This is not Bollywood where you Indians win every battle).”

The trailer starts off on a politically unapologetic note where Pakistani personnel discuss how the Indian government plans terrorist attacks on their own civilians and blames it on Pakistan, be it the Mumbai attacks, Uri or Pulwama. Now they have decided to create the same kind of chaos in Pakistan and their focus is on Balochistan. They go on to identify one terrorist played by Adnan Shah Tipu. As the trailer goes on, we see how the movie will touch upon the difficulties faced by the people of Balochistan because of the unrest created by foreign entities.

The movie’s focus is on the true story of the Indian Raw agent Kulbhushan Jadhav, played by Shamoon Abassi. Jadhav was arrested in Balochistan in an attempt to thwart the China Pakistan Economic Corridor (CPEC) project and was subsequently sentenced to death. In the new movie, Ayesha Omar plays a journalist named Kanwal and from what we could gather, she’s going be an integral part of the plot and will use a romantic relationship with the enemy to gain the upper hand. However, we also get a glimpse of Omar at the mercy of the enemy. It will be interesting to see how that happens. We also get to see the ever talented Saleem Mairaj and it is clear that he is on India’s side.

As interesting as the new movie looks, the trailer leaves room for a bit more clarity to be desired. With so many characters introduced and the trailer shot mostly in a darker light setting, it takes a minute to grasp who is who. And that makes it a bit difficult to understand what is actually going on. It’ll be interesting to see how the movie plays out once it is released on 17th June.