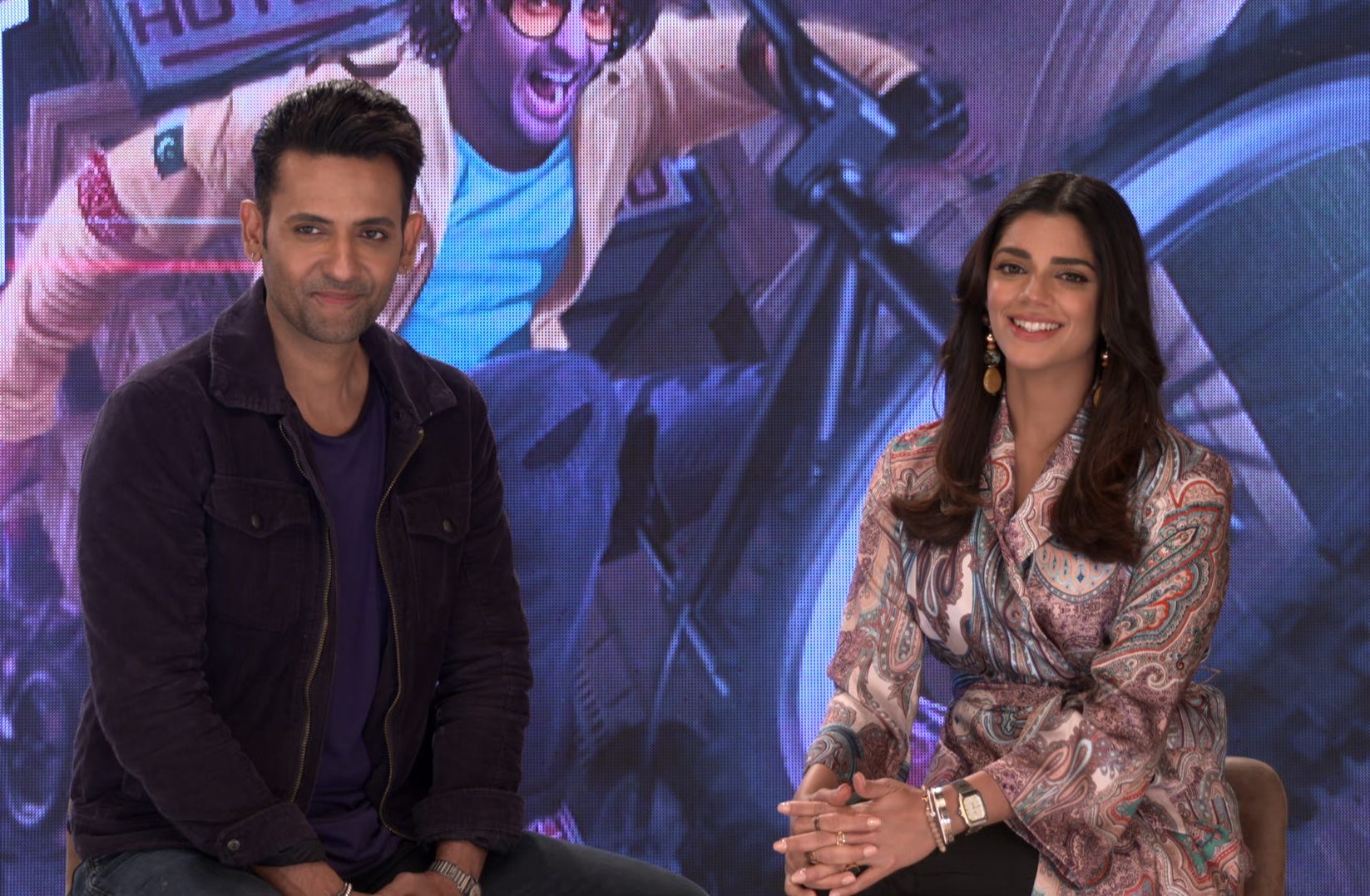 KARACHI: Mohib Mirza’s directorial movie, Ishrat Made in China, is set to hit cinemas on 3rd March. Before the release of the film, we got a chance to have a chat with the director and actor, Mohib Mirza, and his leading lady, Sanam Saeed. The film promises to blend romance, comedy and action all into one. It also introduces some of the audiences’ favourites, like HSY and Ali Kazmi, in avatars never seen before. Hence, the chat was an intriguing one.

“Aik larka jo keh farigh baitha hai, kuch kar nahi raha life main, ammi tang agayi hain. He’s not doing much. But he has this skill, I don’t think we’ve discussed his skill before,” Saeed shared with Cutacut while trying not to give away too much of the story. “Uska aik skillset hai jo ham ne trailer main bilkul bhi nahi dikhaya hai. Apko film dekh keh hi pata chalega. Uska skillset zaya ho raha hai because, you know, he’s lazy, he’s not motivated enough. And it’s about how this character’s journey makes it through all odds, pushes through all the obstacles and boundaries with the help of Akhtar, my character, and his family and friends.” As the movie unfolds, one can expect to find out Ishrat is finally discovered and recruited who recognises his talent and how he finally excels at this one talent that he has.

“It’s an inspirational story,” Saeed commented. “The message is to believe in yourself, to not bow down to pressures and fears, rise above that. It’s positive, motivational, inspiring.” Mirza, on the other hand, jokingly remarked that the message only exists for those who truly wish to understand it. “Jinko nahi samajhna, easy rahain, koi masla nahi, koi message nahi hai,” he laughed.

When looking at the trailer of Ishrat Made in China, one character that immediately stands out in the movie is that of HSY. While the designer-turned-actor had shared with Cutacut that most of the stunts performed in the film were done by him and Mirza, the latter only confirmed the news. Mirza revealed that he and HSY performed 90% of their stunts themselves. Even more surprising is the fact that the action scenes seen in the trailer are not even 20% of the whole thing. Naturally, one wonders how the actors prepared for the task.

“I think the audiences will fall in love with his character,” remarked Mirza when asked about HSY’s casting and the potential risk attached to it. Stating that the character has been beautifully performed and beautifully shot, Mirza revealed that he attended numerous workshops with his costar to prepare for the fight scenes. The two of them also watched scenes of villains together, worked on vocals, practiced how to stand, what kind of body language to have before they went in to shoot for the film.

“Sheru (HSY) ki yeh baat hai keh if he puts his mind to something and if he commits to something then he will see it till the end,” Saeed confirmed the actor’s commitment to his task. Speaking of her own role, Ishrat, Saeed commented on how the singing and dancing combined with comedy was not entirely new territory for her.

“I’ve done so much theatre, and I’ve done singing dancing and acting on stage. I was Roxy in Chicago, I was Rosy in Mamma Mia, I was Rizzo in Grease. So I’ve been through the drill of singing and dancing and acting and musicals are my favourite. I’ve grown up watching musicals. Pakistan main everyone grew up watching Bollywood, I grew up watching My Fair Lady and Sound of Music, so that’s what I was inspired by,” shared the actor. “Screen pe kabhi nahi kia tha so it was just a matter of being a little more confident.”

“It’s not new to me as such. My forte was comedy, I used to be a standup comedian for five years almost for Black Fish. So comedy was something that used to come naturally to me. At home, I’m a complete joker, I’m just very very shy in front of the camera so I’m more prim and proper,” Saeed revealed while being grateful to have done so many kinds of roles where she has fun and is challenged, and audiences see a versatile actor. Until Mirza jumped in to remind us that, “Lekin, yeh sub kuch, jo inhone kaha, yeh kabhi inhone Urdu main nahi kia tha, ab yeh sub kuch ap Urdu main bhi dekhengay.”

Of course, acting for the big screen is no easy task. Combine that with directing the film as well and we can only imagine the level of skill and commitment it must take. Mohib Mirza, however, seems to be nailing both roles. Sharing with Cutacut how he initially did not want to direct the film, Mirza went on to describe his journey.

Mirza went on to share how he had the constant support of his team. While he discussed all changes and plans with his immediate team, his codirectors assessed his performance as an actor. Moreover, every member on the floor had an iPad that had a live screening of the scene being shot, so if anything went wrong, someone could point it out and communicate it to Mirza. “The whole floor could see which shot was being filmed at that moment. So as a director I had a lot of support,. The most difficult part was that yes, I had long hair, it was sunny, so you have to direct other actors then keep yourself fresh as well. You have to look good as well, so that was a little difficult otherwise no.”

For Saeed, the biggest confusion seems to have come in the form of the release date of Ishrat Made in China. The onset of the pandemic did not just make shooting films and their post-production processes difficult, it also meant that cinemas were shut down for over a year. “Will people even be able to watch it? Tv pe hi release hogi? All the investment, blood sweat and tears that have gone into it, is it just going to air on some channel?” Saeed voiced her initial concerns. Of course, when a film is shot for the big screen, it has bigger frames, more details than what a small television screen can convey. A cinematic experience is completely different.

For Mirza, however, the post-production process was a challenge, and also bittersweet in a way. “Ap surround sound ko sunnay kahan jayen, editor kab ayen kaise ayen, mask pehenna hai, door baithna hai, baat kaise karain, screen pe point kaise karain,” he recalled the struggles. “But those 2, 2.5 years were also good in a way that we got an ample amount of time to fix this and then fix that also. Let’s do this also, let’s do that also,” remarked Mirza about finalizing a product that is just right. According to him, the film combines the work and skillset needed to make three films and he owes it to his team.

The film is set to hit theatres from 3rd March and we cannot wait to see all that the team has promised us!