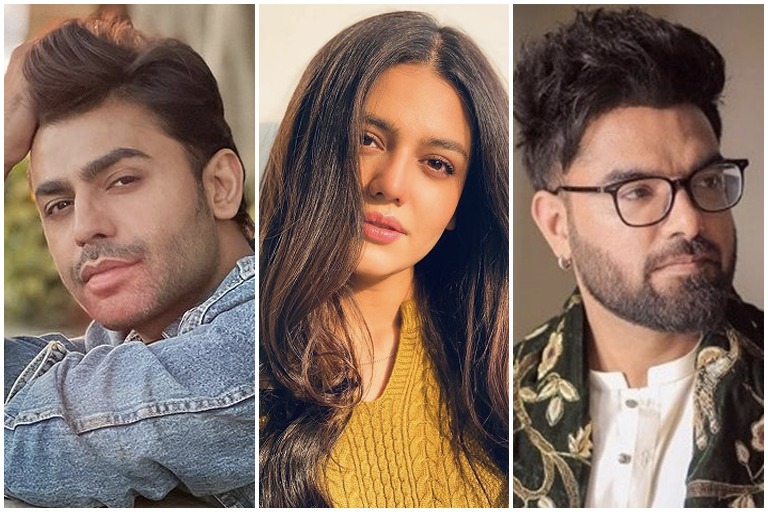 KARACHI: Yasir Hussain has been keeping fans on their toes with his film, Javed Iqbal, that was meant to release in December 2021 but has been pushed to January 2022. While audiences wait for the film to hit cinemas, Hussain has announced another project in the works, this time a drama serial alongside Farhan Saeed, Zara Noor Abbas and Ali Rehman. Titled Badshah Begum, the drama has been written by Saji Gul and directed by Khizer Idrees while it is a joint venture between Rafay Rashdi Productions and Momina Duraid Productions.

The drama was first announced in 2018. Over the last couple of years, there have been a lot of changes in the cast and crew. However, it finally went on floors and begun shooting in Larkana late last year. While the Larkana spell is set to resume in the coming days, some part of it is also set in Karachi.

The drama will air on Hum TV with teasers expected to release by the end of January. Amongst other cast members revealed so far are Komal Meer, Shahzad Nawaz, Hamza Sohail, among others. No details about the storyline have been revealed yet about the drama but the cast claims it’s going to be an unconventional story. And, given the ensemble cast, the show sounds promising.

While Yasir Hussain does have a film coming up, he has been missing from the world of dramas lately. Zara Noor Abbas, on the other hand, received massive praise for her performance in the 2021 drama, Phaans. Farhan Saeed, too, has Mere Humsafar on air at the moment while Ali Rehman Khan’s character in Sinfe Aahan comes across as a breath of fresh air.

Let’s wait and see what these actors have in store for us in the upcoming drama, Badshah Begum.