India: No country for Muslim women

Twice in the past year, prominent Indian Muslim women have found themselves being auctioned and sold off. Their fault? Being outspoken in India. 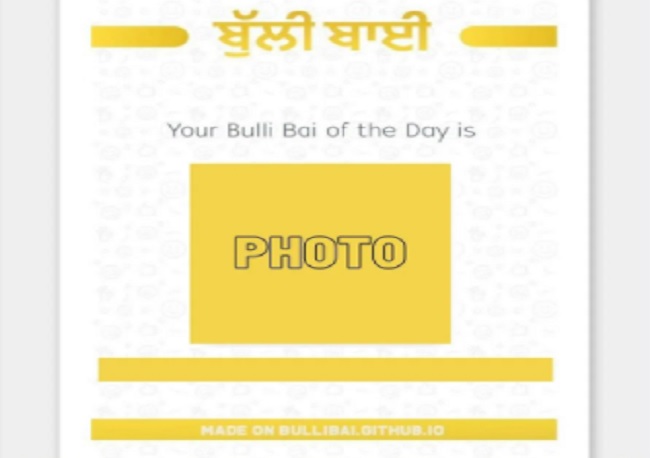 KARACHI: Imagine waking up one day to find out that your picture has been sourced without your permission and is being used to invite the highest bidder to sell you off on an app. Imagine, despite numerous complaints to the authorities, to have the app still up and running for weeks. Imagine, believing the worst is over when the app is taken down only to have another one re-emerge not too soon after. Muslim women in India have found themselves as the “Bulli Bai” of the day and are being auctioned off. All because they’re raising their voice against injustices in the country.

A Nobel Peace Prize winner, the wife of a New Delhi judge, the mother of a disappeared student, journalists, activists, lawyers. All Muslim women, all being auctioned off. Twice in the past twelve months, apps have appeared where women are being targeted and are being sold off. The words “Sulli” and “Bulli” are local slang used in a derogatory way for Muslim women. But what do these women have in common? They have, at one point or another, raised their voices against injustices in the country.

Last year I wrote about how muslim women’s pictures were auctioned online where women felt haunted and humiliated. Today, after a year seeing my own picture in another trend #bullideals, besides other muslim womens’, makes me feel utmost disgusting. https://t.co/AE0N1sInE2

This targeted attack and online bullying has coincided with Muslim taking a much more active role in raising their voices against injustices in the country. In particular, in retaliation for the demonstrations against the controversial citizenship law that was very clearly anti-Muslims. Hiba Beg, who was one of the Muslim women being auctioned off, said, “The intimidation is aimed at forcing Muslim women who raise their voices against the injustice to withdraw from public life. But you don’t back off, even if everything gets overwhelming.”  Over the years, Beg has been raising her voice and is a vocal critic of India’s governing Hindu nationalists and their anti-minority policies under Mr. Modi. For her efforts she had to face intense trolling and even death threats online.

Today I visited my grandmother’s grave for the first time since I lost her to COVID. As I sat in the car to go home, concerned friends told me that once again, my pictures were being auctioned off (along with those of other Muslim women) by Modi’s India. #BulliDeals (1)

While members of the Parliament have taken notice of the apps and the targeted attacks against Muslim women and an investigation has been launched, there is very little hope for justice. Ismat Ara, a journalist, had filed a complaint against “unknown people” for insulting and harassing women Muslim women on social media “using doctored pictures in unacceptable and lewd context”. But despite an FIR being registered, she has said considering the fact that six months on there is no update on the “Sulli Deals” investigation, she fears the same will happen in the current scenario.

UPDATE: An FIR has been registered by Cyber Police (South East Delhi) on the basis of my complaint with IPC sections 153A (Promoting enmity on grounds of religion etc), 153B (Imputations prejudicial to national-integration), 354A & 509 for sexual harassment. #BulliDeals pic.twitter.com/dJ1mspyiGI

This attack on women is just one nail in the coffin where safety for women is concerned in India, especially for Muslim women. During Eid last year, an Indian YouTube channel called “Liberal Doge” shared pictures of Pakistani women in a video titled “Eid Special.” The women were featured in a sexual manner. As it is, India is known to be hostile towards women. Delhi was labelled the “rape capital” after the brutal rape of Jyoti Singh. Recently, cricketer Virat Kohli’s 9 month old daughter was on the receiving end of rape threats when he chose to defend Muslim teammate Muhammad Shami.

What’s the deal with ‘White/Blessed/Big’ Friday?