From not hearing 'Tere Bin' in the background even once to being able to empathize with Aswad, audiences seem to have witnessed the impossible! 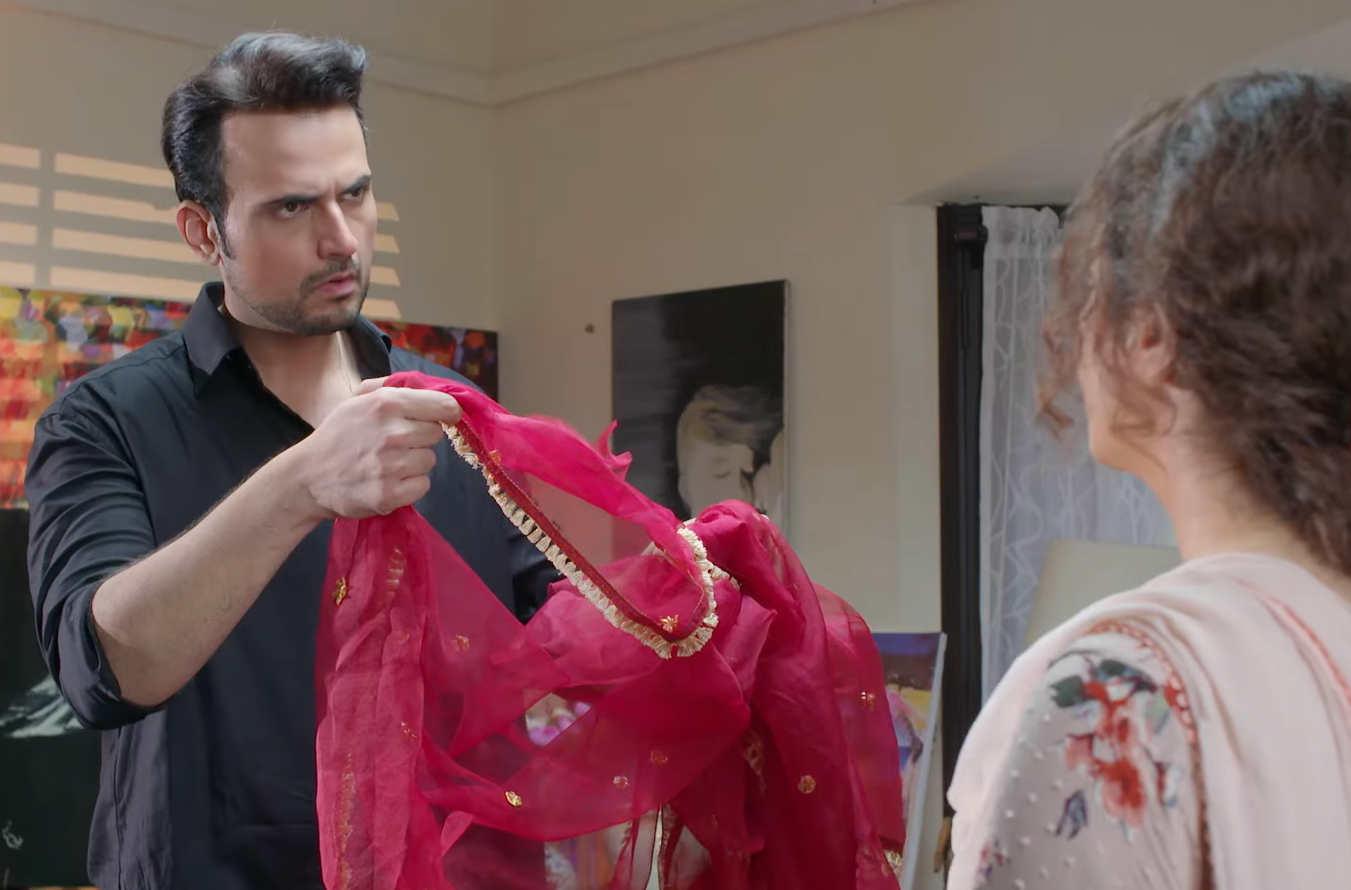 KARACHI: Truth be told, we were pretty much done with Hum Kahan Ke Sachay Thay, as were many others. 17 weeks into the drama, the storyline was being dragged pointlessly with the same dialogues, sequences and chorus repeated numerous times. Audiences were frustrated, to say the least. Episode 18 of Hum Kahan Ke Sachay Thay began on a similar note, with Mashal (Kubra Khan) appearing in her signature blue dress to torture Mehreen (Mahira Khan) and the latter going hysterical. Mahira Khan does a brilliant job with her role but there are only so many times a performance can be appreciated without the rest of the plot making any progress. The second half of the episode, however, had audiences in for a pleasant surprise.

After Mehreen lands in the hospital, Aswad (Usman Mukhtar) is told that a psychiatrist will attend to her once she wakes up. Meanwhile, the psychiatrist has a word with Aswad and digs into his as well as his wife’s family history. She also explores the relationship that Aswad shares with his wife. Now, we have all witnessed Aswad being the complete nut job that he is; torturing Mehreen, emotionally abusing her, keeping her hostage. But episode 18 of Hum Kahan Ke Sachay Thay allows us to see how Aswad has a human side to him as well and has been kept in the dark about many things. Aswad’s behaviour is not justified but it does have a reason, and that is all the lies that Mashal fed him for years.

Aswad also has a breakthrough moment in the episode when he realises that he, too, could have psychological issues along with being an abusive husband. Just because he does not beat or verbally abuse his wife, does not mean that he is a perfectly good husband. Not only does the drama address trauma and abuse, it also paves the way for intervention and therapy. Not just for the character that is clearly the most disturbed, but also for those around her. Aswad not realizing his own behaviour is realistic for many of us fail to recognise our own patterns, or see that we too might need help.

Shabbo, too, finally decides to drop some bombs in the latest episode. From Aswad managing to gather some clues on his own to Shabbo straight up telling him what Mashal and Mehreen were really like, Hum Kahan Ke Sachay Thay finally has some dialogue going on!

Feel like last night’s episode achieved way more than any other? Wait till you realize that the ‘Tere Bin’ chorus did not play even once during the entire episode!