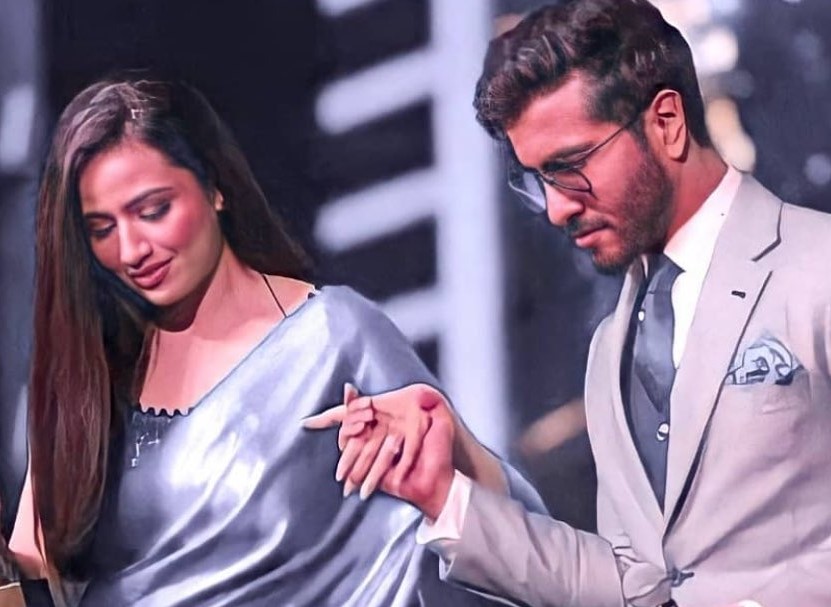 KARACHI: Fans of Feroze Khan and Sana Javed may rejoice over the fact that the two actors are coming back together onscreen with upcoming drama serial Ay Musht-e-Khaak. Khan and Javed, who will be playing lead roles in the upcoming drama shared the news with their fans with a poster reveal. The drama has been directed by Aehsun Talish and produced by Abdullah Kadwani and Asad Qureshi.

While no more details have been shared by the team yet, we do get to see the first look of Javed and Khan’s characters. Sana Javed will be seen as Dua, who seems like an innocent girl in the poster, holding a dove in hand. “A project very close to my heart,” the actor captioned her Instagram post. On the other hand, Feroze Khan’s poster featuring him as Mustajab hints towards a more serious character.

Feroze Khan and Sana Javed share amazing onscreen chemistry which was evident in popular drama serial Khaani that won multiple awards. The couple also came together for Romeo Weds Heer, a comedy play that may not have a refreshing story but the two picked up good reviews for their performances and chemistry.

Khan starred in the recently concluded, commercially acclaimed Khuda Aur Mohabbat 3 that broke multiple records on YouTube including the OST that currently has 160 million views. His performance was intense but on similar lines as that of Khaani. We still have to see what he has to offer to fans with his upcoming role. On the other hand, Javed was last seen as Amal in drama serial Dunk and picked up praise for her performance.