The first to announce the release of their film since the pandemic, Nabeel Qureshi and Fizza Ali Meerza set the benchmark 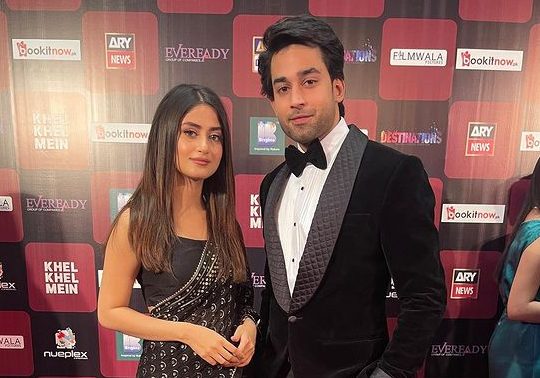 KARACHI: Nabeel Qureshi and Fizza Ali Meerza have set the bar high for Pakistani cinema with movies that have educated and entertained audiences over the years. They are among the very few filmmakers who have audiences’ trust. But that comes with a lot of responsibility as well as pressure. However, the dynamic duo didn’t shy away from taking the risk by not just indulging in a difficult subject. They announced that their latest movie, Khel Khel Mein, is going to be the first to hit cinemas since the pandemic while no other movie was scheduled to release alongside. The movie premiered in Karachi last night while it is running in cinemas today, November 19 onwards.

The star-studded premiere had the entire cast and crew in attendance, in addition to the press and media personnel. Other than the cast, Fahad Mustafa, Mehwish Hayat, Aijaz Aslam, Arslan Naseer, Urwa Hocane, Mohib Mirza, Saboor Aly, Syed Mohammad Ahmed, and others also turned up to show support.