Khel Khel Mein to release in cinemas across UK

The first Pakistani movie to hit the big screen post pandemic, Khel Khel Mein is screening not just in Pakistan, but will make its way to cinemas across UK too 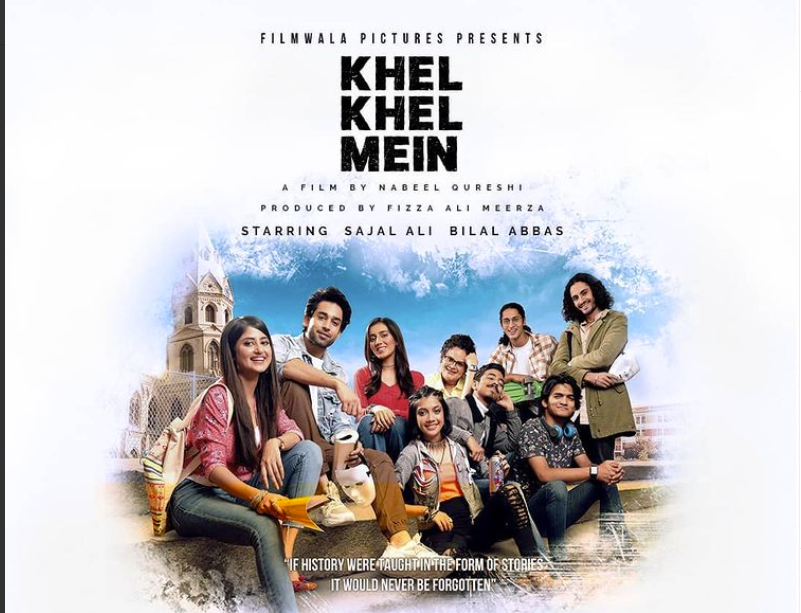 KARACHI: It seemed as though the world just wouldn’t go back to normal when the pandemic raged on over nearly two years. Our film industry, which had only just regained its former glory, took the biggest hit. Movies that were set to release were halted with no expected release date because of the uncertainty about when cinemas would reopen. However, with things finally settling in, Nabeel Qureshi’s Khel Khel Mein is the first Pakistani movie that is going to release finally. Khel Khel Mein has gathered quite a bit of excitement with its stellar cast and out of the box storyline. To top it off, fans in the UK will be happy to know of the film’s release in UK cinemas as well.

Nabeel Qureshi took to social media to share the news of the release of Khel Khel Mein in the United Kingdom by sharing a list of cinemas where the movie can be watched. He wrote, “A huge shout out to UK.”

The movie stars industry favorites Sajal Aly and Bilal Abbas Khan who play the roles of two students, who along with their batchmates, take the risk of narrating the war of 1971 in a play competition in Bangladesh. What Nabeel Qureshi called a “youth oriented” way. The movie will also bring in notable names including Marina Khan, Manzar Sehbai, Samina Ahmed, Javed Sheikh and Sheheryar Munawar and is being produced by Fizza Ali Meerza. Before the official release of the movie alongside the teaser trailers, a song from the movie ‘Nayi Soch’ was launched to garner hype pre-release, followed by another song after the trailer came out.

Khel Khel Mein is set to be released on 19th November.