What Qatil Haseenaon Ke Naam has in store for us

The "desi noir" will follow six stories of seven women and will be a tale of female empowerment. 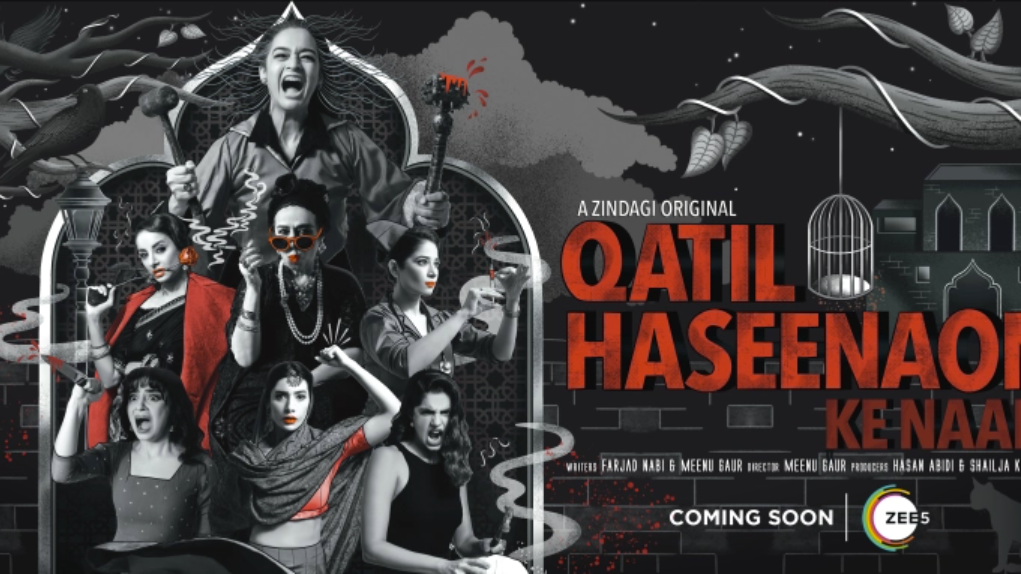 KARACHI: Zee5 revolutionized the portrayal of women in their Pakistani web series Churails. Long gone was the victimized woman and instead we were introduced to a new kind of woman, the femme fatale. The show, written by Asim Abbasi, was loud with it’s portrayal of bold, fearless and empowered women and and it seems as though Zee5 is taking it ahead with themes of fearless and empowered women in their upcoming, new series Qatil Haseenaon Ke Naam.

The new web series has a stellar cast which boasts some of the biggest names in the industry including Sheheryar Munawar, Saleem Mairaj, Osman Khalid Butt, Ahsan Khan, Eman Suleman, Sanam Saeed, Mehar Bano, and Sarwat Gilani to name a few. The show will pan out in the fictional neighborhood of Androon Sheher and each story will focus on women who have been deceived but refuse to accept the deceit and are out for revenge. Where there will be love and power there will be betrayal and revenge and each episode will be clouded with mystery and suspense and unexpected twists and turns.

The new web series on Zee5 has been written by acclaimed Meenu Gaur, a British Indian director. Speaking about her new project, Gaur said, “The stories here are about all that which surges within us as women – love, passion, ambition, conviction, rage, revenge, and revolution. With the dominance of a male-centric gaze especially in the noir genre, I was keen to explore a new interpretation, one which is told from the perspective of the much-maligned femme fatale (qatil haseena) characters. It is an attempt to correct the sexism of film noir and try our hands at feminist noir.”

Zee5 has managed to create quite a bit of excitement with the news of this new web series. Although a date hasn’t been announced yet, we can’t wait to watch Qatil Haseenaon Ke Naam.