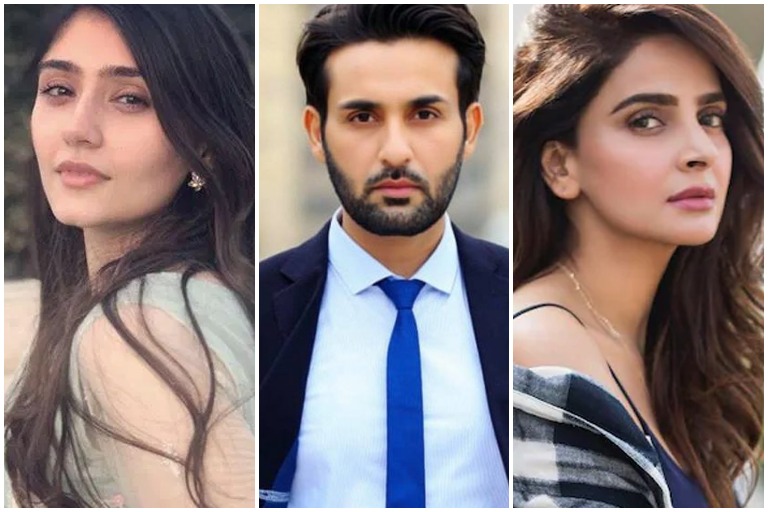 KARACHI: On Defence Day 2021, ARY Digital had revealed the teaser poster of its upcoming telefilm, Hangor. While the story promised to be a tribute to Pakistan Navy, no more details were revealed. Now, Saba Qamar and Dur e Fishan have confirmed their roles in the telefilm as they both took to Instagram to share a sneak peek of the script. Affan Waheed, too, shared the poster of Hangor on his Instagram story, hinting towards his involvement in the project as well. 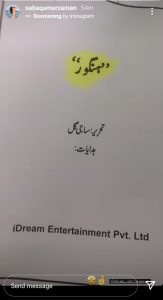 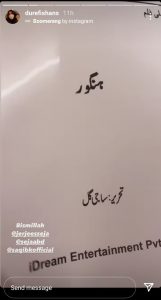 Written by Saji Gul, the telefilm is based on true events from the Indo-Pak War of 1971. As evident by the title, the film is named after the Pakistan Navy Daphné-class submarine Hangor that sank a frigate of the Indian Navy. This was the first warship sunk in action by a submarine since World War II.

Given the topic at hand, the telefilm looks promising as does the poster with its dark and dramatic feel. Saba Qamar’s performance is sure to keep audiences intrigued and expecting the best out of the film while Affan Waheed and Dur e Fishan have a fanbase of their own. The on-screen couple last appeared in drama serial Pardes while Hangor will be Dur e Fishan’s first telefilm.

Telefilm Hangor is being produced under iDream Entertainment and will air on ARY Digital soon .