From defaming her family members to making things difficult for Shafi in court, Ali Zafar is on a war path. 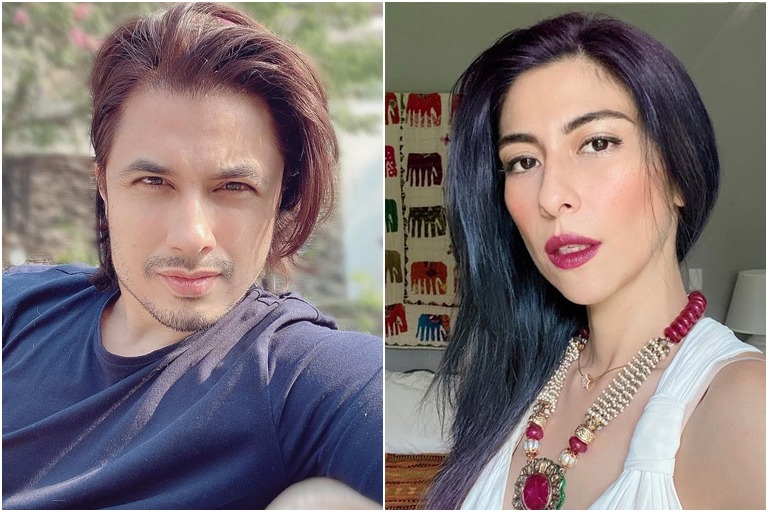 KARACHI: It has been two years since Meesha Shafi accused singer Ali Zafar of harassment and since then the two have been locked in a court case that keeps dragging on. It seems as though Ali Zafar is intent on making things difficult for Shafi and will spare no expense and leave no family member out of his attack on his accuser. Here is the latest update on the Meesha Shafi Ali Zafar court case.

In the latest court proceedings, Ali Zafar urged the sessions court to reject Shafi’s request to allow her to have her cross examination conducted through a video link considering the fact that she isn’t in the country and is in Canada. Meesha Shafi cited COVID-19 protocols and travel restrictions as a main reason for not being able to attend the session in person. However, Zafar and his counsel rejected the claim stating that, “The pandemic situation is now under control throughout the world and at present there are no travel restrictions.” Zafar went one step further and offered to pay for Shafi’s travel expenses to make sure she is physically present in the proceedings.

That wasn’t the only thing that went down in court. Zafar and his legal team were on a war path and were on a mission to drag anyone down in their case against Shafi. Meesha Shafi expressed her anger at what transpired in court and how her mother, brother and late grandfather were attacked by Ali Zafar and his counsel. Saba Hameed, Shafi’s mother had to bear the brunt of the grilling wherein she was questioned about her son Faris Shafi and his atttitude towards women especially in terms of his rap song lyrics that referred to women and their genitalia. Hameed responded to this question saying that that both her children were taught to respect all humans, irrespective of their gender. She also reminded the court that the songs were nearly a decade old and that the language used is not uncommon in the rap genre. Hameed also gave the asserted that one’s work doesn’t speak to the person’s character and just like she is the antagonist in dramas doesn’t mean that she is a bad person in real life.

Zafar’s legal counsel also made allegations against Hameed’s late father Hameed Akhtar in reference to his political arrest in connection to the attempted coup d’état against the first elected Prime Minister Liaquat Ali Khan. Although she answered what was asked she raised serious objection against the statement made by Zafar’s counsel who claimed that Akhtar had planned to gun down the then prime minister, “Liaquat Ali Khan ko thoknay lagay.” Zafar’s counsel retracted their statement eventually.

Very painful day. The opp council attempted to humiliate my mother in court by attacking my respected grandfather (may his soul RIP) and then my brother’s brilliant art. Both men far above the lack of stature needed for this sort of moral deprivation.

As the Meesha Shafi vs Ali Zafar case drags on, it seems as though the court case is less about the actual accusations and has come down to low blows on behalf of the accused.