Pakistan gears up to play against New Zealand

After their landslide victory against India, Pakistan's next challenge is New Zealand. 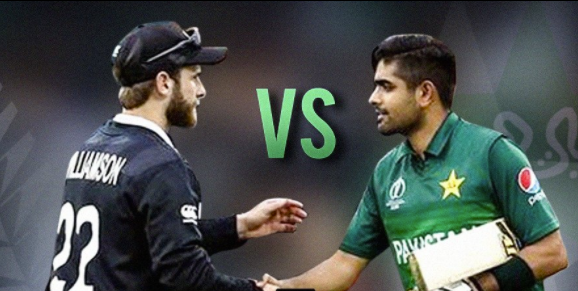 KARACHI: Cricket fans are still reeling from their monumental win against their arch nemesis India and now they have another point to prove as Pakistan gears up to go against New Zealand in their match today. The wound of New Zealand backing out of their ODI tour of Pakistan is still fresh and today’s match will be about proving a point to the Black Caps. They plan to show the team what they missed out on by pulling out of the series last month. And Pakistani cricket fans are not coming in slow with their excitement.

Last month New Zealand was all set to play an ODI tour in Pakistan, however, right before the series was about to begin they pulled out citing an alleged security concern. The decision to back out did a great number on Pakistan’s image as it took years for international cricket to make a come back and the PCB had assured the visiting team and their government that all necessary arrangements had been made, but to no avail.

Earlier today, the New Zealand cricket board informed us that they had been alerted to some security alert and have unilaterally decided to postpone the series.

PCB and Govt of Pakistan made fool proof security arrangements for all visiting teams. 1/4

And so, as fate would have it, the two teams are set to face off against each other in the T20 World Cup. Pakistan is already on a high after breaking their 12-year-long losing streak against India and it seems this World Cup is all about proving a point to those who underestimated the team. Ramiz Raja, chairman of the Pakistan Cricket Board had said, before the World Cup began, “We had one team in our target, our neighbors [India], now add two more teams, New Zealand and England.”

“The night is darkest just before the dawn and I promise you, the dawn is coming.”#PAKvNZ #T20WorldCup pic.twitter.com/0Kyd6ekWgL

However, as riled up as fans may be, the New Zealand captain Kane Williamson assured fans that, “There are a lot of good relations within the two teams. Over the years they’ve played a lot against each other, and a number of players have played with each other, as well.” He also went on to say, ““I am sure the game will be played in the right spirit.”

Hear from captain Kane Williamson on the eve of the team’s first match of the @T20WorldCup against @TheRealPCB. #T20WorldCup pic.twitter.com/QXUi2EwKel

The Pakistan New Zealand match will air tonight at 7pm.