With the T20 anthem, Coke Studio and Atif Aslam prove how big brands are ready to welcome the likes of Faris Shafi and Talal Qureshi into mainstream campaigns 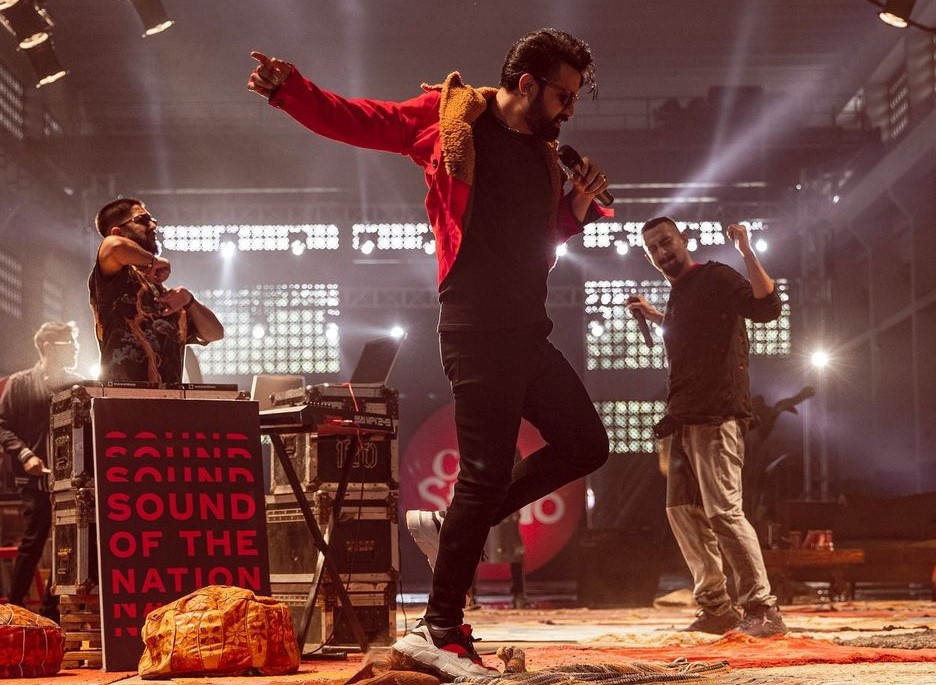 KARACHI: You know the song is going to blow up if Atif Aslam is in charge of the vocals. The singer not only has a massive fanbase but impresses with his talent and persona each time. Aslam has also been an integral part of Coke Studio over the years with renditions as beautiful as ‘Tajdar-e-Haram’. This time, however, the singer has collaborated with the music platform for a rather unconventional piece. It is no surprise that Coke Studio chose Atif Aslam to lead its cricket anthem, but as a rather pleasant surprise, the song also features rap artist Faris Shafi. Even better is the fact that the track, ‘Cricket Khidaiye’, has been composed by Talal Qureshi.

To put it simply, the track is brilliant and encapsulates the true spirit of cricket. The music video begins with the sound of a cricket ball gently hitting against a bat and eventually picking up pace before Atif Aslam takes charge of the vocals. The lyrics begin on a high, taking listeners back to 2009 when Pakistan won the T20 World Cup. From the very beginning, we know that the song is going to remind us exactly what our cricket team is capable of. In a first, Atif Aslam raps his way through the first verse before Faris Shafi jumps in and kicks the song into sixth gear.

Faris Shafi, being the king of Pakistani rap, brings his A-game to the track as he raps in English and Punjabi. The speed and flow with which Shafi delivers can be matched by very few. His contribution adds an element of excitement to the video as listeners feel the adrenaline building up, as it so often does before a cricket match. Shafi’s lyrics and delivery come as a boost of confidence as he takes a dig at all those international teams who have refused to play in Pakistan for one reason or another. Lyrics like “we wanna see the day that we get to bring you back” truly hit home as Pakistanis are reminded not only of the World Cup trophy but everyone who disrespected our team and home ground over the years. As proven by Pakistan’s magnificent win against India on October 24, we are more than ready to compete against the best of the best and eventually bring cricket back home.

‘Cricket Khidaiye’ also stands out in the way it presents Atif Aslam. Rapping, jumping and dancing around, playing cricket, and downright having a blast in the music video, audiences see a side of Aslam that we have not seen before. Not only does the man nail his high notes as beautifully as ever, his Punjabi rap hits right too. Through the track, Aslam not only proves that he is ready to experiment as an artist but also serve as an example for others. Being a brand himself, Atif Aslam collaborating with Coke Studio to give newer artists a chance to showcase their best at a mainstream platform is worth acknowledging.

Aslam’s rap for ‘Cricket Khidaiye’ has been penned down by Mannu (Rehman Afshar), yet again proving how the singer is not afraid to join hands with younger artists. After Atif Aslam collaborated with a new record label, Tarish Music, for his song ‘Rafta Rafta’, he assured that his decisions are not based on the brand image or years of experience of an artist or a label. Aslam seems to have stuck by his promise to give fresh artists a chance by working with Mannu and Talal Qureshi.

Perhaps the most brilliant aspect of the Coke Studio anthem is the music video. The video is inclusive in more ways than one and truly represents what cricket means to our nation. The visuals somehow manage to keep up with the pace of the lyrics and add to the energy of the anthem. Coke Studio makes sure we are able to relate to the shots that feature street cricket and also feel the adrenaline rush of being inside a cricket stadium. We see girls enjoying the sport with just as much passion as the boys. We see Talal Qureshi being an equally important part of the video, dancing along knowing that he has created a masterpiece and deserves the recognition. We see rap music finally being acknowledged by a mainstream platform. We see our brands proving that music and cricket are for everyone. In Cricket Khidaiye, we see the past of our music industry working together with the future to create a piece that will be blasting through speakers long after the ongoing World Cup.