Atif Aslam’s Rafta Rafta is an ode to romance

Shot in scenic locations with an even more impressive wardrobe for Sajal Aly and Atif Aslam, the song has little new to offer 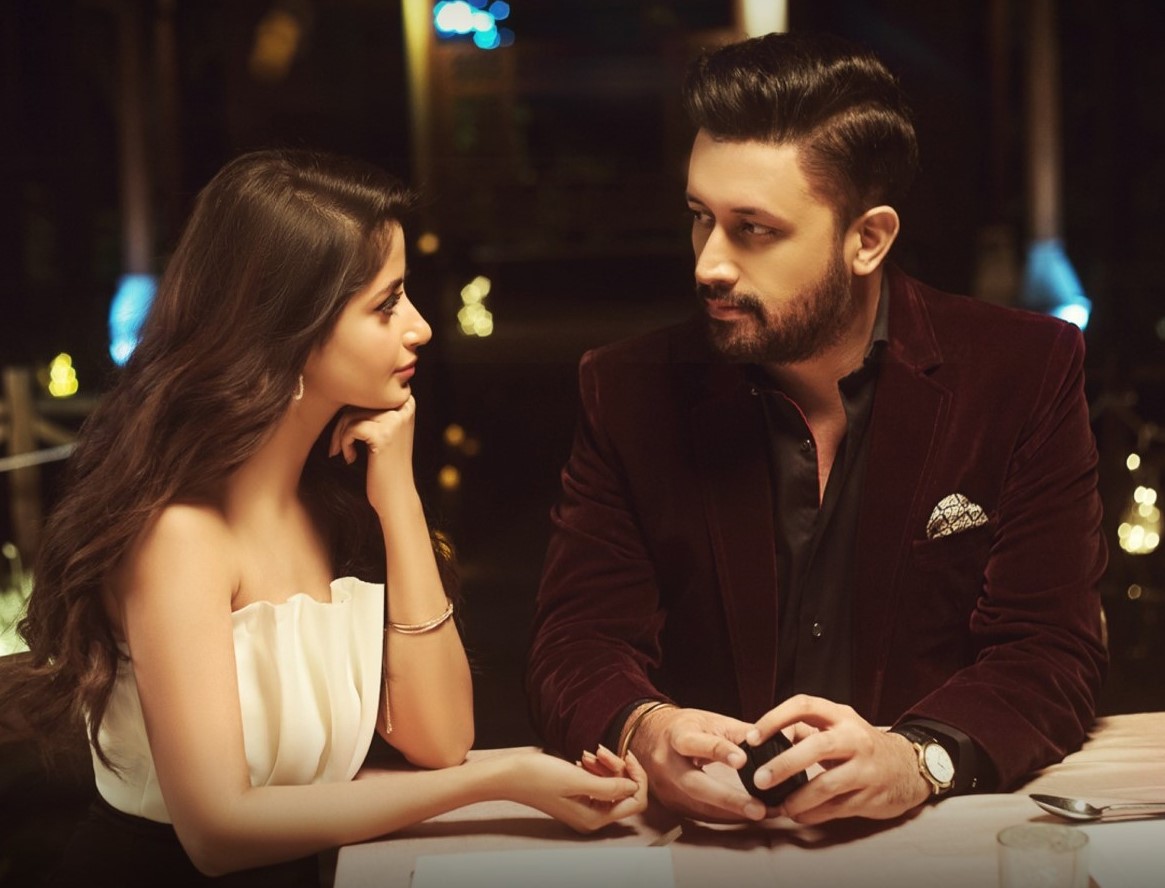 KARACHI: Quite a stir was created on social media when fans found out that Sajal Aly was going to feature in Atif Aslam’s new song. The teasers of Rafta Rafta hinted towards the song being a romantic one but now that the full song is out, the assumption has been confirmed. Shot in scenic locations with breathtaking views and an even more impressive wardrobe for Sajal Aly and Atif Aslam, the song, however, has little new to offer.

To no one’s surprise, the on-screen chemistry between the two stars is on point. With Sajal Aly’s charm and Atif Aslam’s soulful vocals, there was little risk involved in that aspect. The video, however, falls short of creativity. Aly and Aslam depict a couple that is happily in love and enjoys date nights and romantic moments. Ultimately, Aslam proposes to Aly and the two get a happy ending. The lyrics, too, become monotonous.

Aly’s presence in the song also makes one wonder why she was the team’s choice for the project. Surely Sajal Aly has a strong fanbase and was sure to attract audiences but did she add value to the song in any other way? Or could another model have done an equally good job?

Safe to say, the actor-singer duo had fans very excited for the song and is also being appreciated by many. Aslam’s songs are always worth looking forward to and we hope that his next song meets our expectations the way Aslam almost always does.