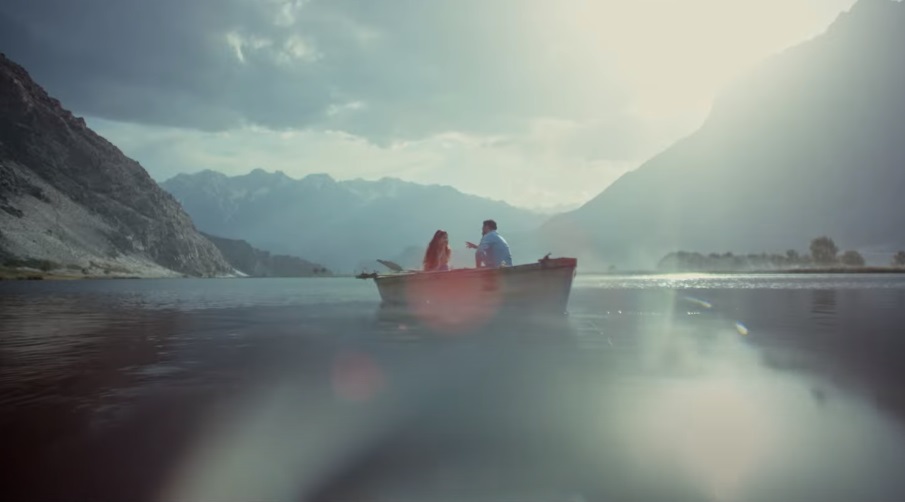 KARACHI: Fans are excited to see what unfolds in Atif Aslam and Sajal Aly’s upcoming music video – Rafta Rafta. An officially released teaser trailer gives audiences a sneak peek at what is coming up.

The music video gives a glimpse of a romantic ride the two are set to have in the upcoming music video. Sajal Aly can be seen in a flowy saturated maroon dress, while Atif Aslam is all suited up for Rafta Rafta. The location of the shoot is a beautiful abandoned beach, where the pair can be seen boating as well as walking on the sands.

Opening with a long shot that establishes how majestic the location is, a flute plays in the back, adding soul to the visuals. Aslam and Aly are seen from a distance, in a boat sitting on still waters, chatting. Although the appearances made by both Sajal Aly and Atif Aslam are rather brief, the visuals set out to include cutaways from the location, adding to the charm of the video. The entire shoot has been conducted in natural light and the sun brings out the colors of not only the location but also the clothes donned on by Aly and Aslam.

Released under the record label of Tarish Music, Rafta Rafta is directed by Hassam Baloch and is produced by Tarun Chaudhary and Omer Ahmad, with music and lyrics by Raj Ranjodh. The music video will soon be released as well, i.e., on July 21st.