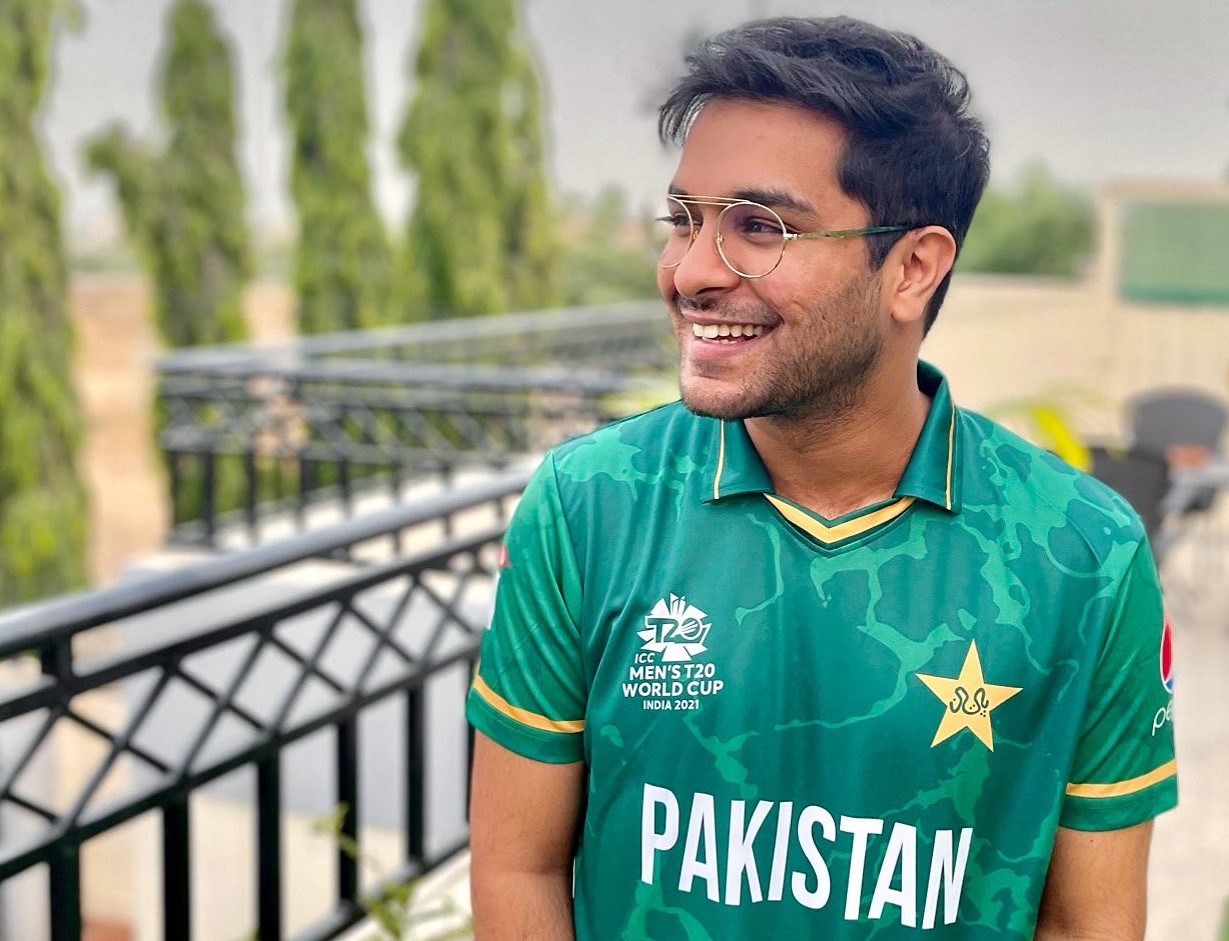 KARACHI: If there is one singer who knows how to keep his fans engaged, it is Asim Azhar. With an active social media presence, the singer keeps his followers updated regarding his professional life. Even during the pandemic, Azhar connected with his fans through social media and kept himself relevant through various acoustic covers. As COVID-19 rates across the country witnessed a decline, Asim Azhar, like others, resumed live performances in different cities. To the delight of his fans, Asim Azhar is also finally working on his first album after a musical journey of 8 years.

For those who closely follow Azhar on social media, it is no surprise that the 24-year-old is a huge cricket fan as well. In fact, Azhar once shared that had he not been a musician, he would have probably been a cricketer. Thus, his excitement for the T20 World Cup that is currently happening was not unexpected. From the pre-match excitement to Pakistan’s historic win against India, the singer shared every moment of joy with his fans. To top off the celebrations, Asim Azhar also promised to release the first track of his first album after the T20 World Cup.

This is not the first time that Azhar has spoken about his upcoming album. In a recent Q/A session with his Twitter fans, the singer shared snippets from the studio where his album was being produced. Upon being asked about his best composition, Asim Azhar had shared that “the first single of the album is definitely my best work till now.”

I am not even trying to hype. But if i’m 100% honest… the first single of the album is definitely my best work till now. Baaki aap logo ki marzi hogi, lets see😊#AskAsim https://t.co/XA33KcqLX9

With a new single releasing soon, Asim Azhar sure knows how to keep his fans on their toes. While the singer is yet to announce a release date for the full album, he has a couple of other exciting things in store for those who have missed him on the small screen.