The crime comedy movie is getting a "rebooted sequel" and after a series of setbacks, the release date has finally been announced. 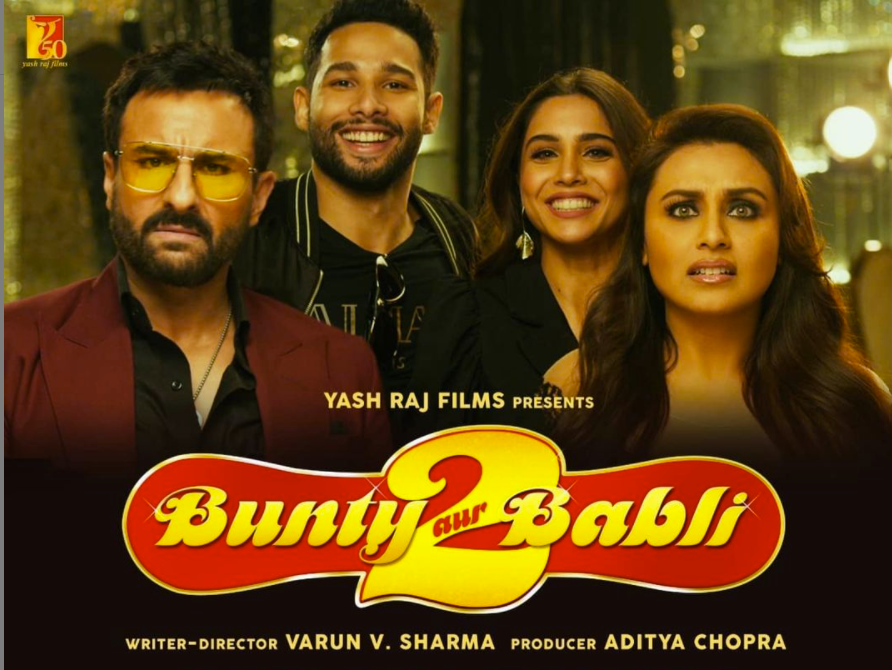 KARACHI:  It’s been 16 years since the release of Bunty Aur Babli but the crime comedy still remains a fan favorite. With an exceptional soundtrack with hit songs such as ‘Nach Baliye’ and ‘Kajra Re’ and a star studded cast including Rani Mukerji, Abhishek Bachchan and Amitabh Bachchan, it was hard for the movie not to be a hit. Now 16 years later fans are being treated to Bunty Aur Babli 2 a “rebooted sequel.” Fans have had to wait patiently for this movie because of COVID-19 delaying the release. But with the new teaser for the movie, a release date has also been announced and 19th November can’t come sooner.

Notably Abhishek Bachchan has been replaced by Saif Ali Khan in the sequel. However no tears are being shed over the new pairing since Khan and Mukerji have undeniable chemistry on screen and fans have had to wait 12 years to see them share a screen. Bunty Aur Babli 2 also will feature Gully Boy star Siddhant Chaturved and new comer Sharvari Wagh.

The trailer sets the mood for the new movie and promises a whole lot of things going wrong as two sets of Bunty and Babli face off. The trailer begins with Mukerji and Khan discussing how long it’s been since they worked together while Siddhant and Sharvari pop up in the back and introduce themselves as the new Bunty and Babli. Mukerji refuses to accept it and Khan questions director Varun V Sharma, “What is this raita (mess) man?” and they learn that producer Aditya Chopra has changed the script. The older Bunty and Babli storm off and the younger pair joke about how it’s the new generation’s time to shine though they’re promptly shut down by the blackout on set before they even get a single shot.

The trailer for Bunty Aur Babli 2 seems promising and we can’t wait for the movie to release!