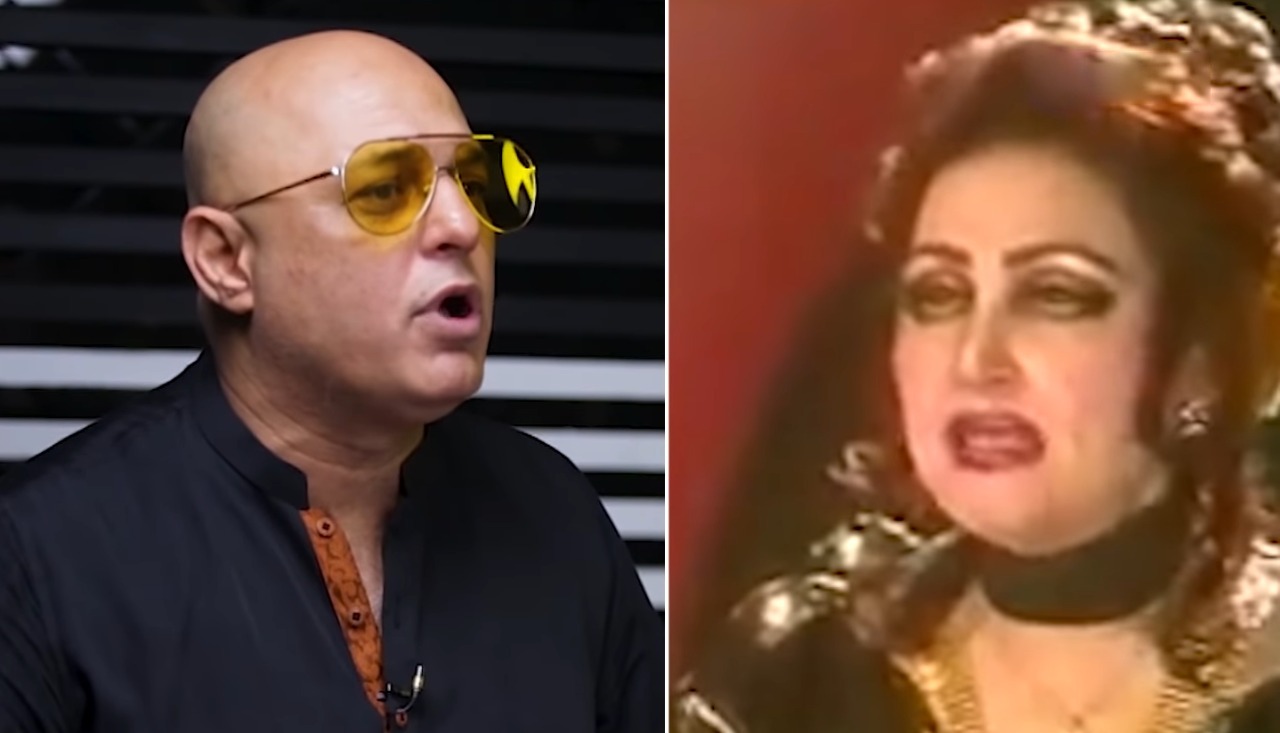 KARACHI: One way that Pakistani celebrities have recently begun to garner attention is through their inappropriate comments about another person or criticism of someone else’s life choices. While some might do so to stay relevant, a few others seem to be helpless at the hands of their ‘brutal honesty’. Singer Ali Azmat recently made a similar move after he described late Madam Noor Jehan and her sense of style in a rather disrespectful manner.

Being a Junoon fan, i am embarrassed… pic.twitter.com/qt36TzE7Ye

In a video clip shared by The Current, Ali Azmat expresses his opinions regarding the Pakistani music scene and its adaptation of the West. Azmat recalls the time he was a young boy who would pitch in money with ten others to buy a single ball. According to Azmat, his generation welcomed the ‘cultural invasion’ of the West with open arms as channels like MTV were introduced to Pakistan since local television had nothing to offer for his age group.

“We would turn on the TV at night, there would be a show with Tarannum,” he recalled. “Noor Jehan would be singing wearing a saree, huge earrings and over make-up. We were irritated by the Mai, we would think why is a kofta standing in front of us, is it necessary for us to watch this?”

While justifying the cultural shift that his generation happily accepted decades ago, Ali Azmat crossed multiple boundaries. Not only did he comment on Madam Noor Jehan’s physical appearance in a demeaning manner, he also chose to mention her name as if she was his childhood buddy, and not a much senior artist who is remembered by the world for her talent to this day. Malika-e-Tarannum which translates into ‘Queen of Melody’ is a title earned by Late Noor Jehan for her contribution towards Pakistani music. Azmat’s use of the term ‘Mai’ (old woman) further added to the disrespect towards the late singer.

To no one’s surprise, Ali Azmat has been receiving quite some flak for disrespecting Madam Noor Jehan.

I'm embarrassed as a Junoon fan, as an Ali Azmat fan. Disgusting from him🤡

#AliAzmat seems to have lost his mind at old age. A man who copied led zeplin and has only a handful of hits to his credit, he's not even worth the dust of legend Noor Jehan. pic.twitter.com/fqZKJrhGmM

Of course, Madam Noor Jehan not only remains cherished by the masses but continues to be a part of the showbiz industry through her grandchildren. Following the comments made by Ali Azmat regarding her grandmother, makeup artist Natasha Ali Lakhani took to social media to weigh in on the situation. “I got thousands of you today sending messages of how much you love her & that you want me to say something about what someone had to say about her,” she began. “To that I share one of my favourite quotes ‘What you say about me, says more about you’.”

“When someone expresses an opinion breaking boundaries of respect & decorum they show you that they lack common decency, grace & humility. Respecting someone indicates the quality of your personality,” commented Natasha Ali Lakhani before moving on to remind he readers that freedom of expression does not have to mean disrespect.  “Freedom of expression is qualified for a good reason. It should not be permitted to be used as means of indignation for another/others…For reasons which are incomprehensible to decency & courtesy, humiliating another vociferously is now seemingly justified because “I am allowed to express what I feel”. You most certainly are. But with every privilege exercised, there is a much greater need to observe propriety. Every privilege claimed is accompanied by an overwhelming need to observe caution.”

Continuing with her post, Lakhani very respectfully took a dig at Ali Azmat as she referred to him as a ‘now faded representative of Pakistan’s music industry’. Without taking his name, Lakhani reflected on what she had gathered from Azmat’s statements. “Let us take a moment to recognise this person’s unregulated & greatly unjustified tenor & evident lack of intellectual coherence. When explaining popular culture relevant to his generation, he effortlessly stooped to an abhorrent low. Evidently unable to express himself whilst visually pleased with this demeaning ‘quality’, he did not shudder for a month when discussing a legend, an icon, a muse of all things valued & endeared, a mother.”

“Noor Jehan is and always will be what this person can never attain. Grace, humility, courage, integrity, and above all, immortality!” Lakhani reminded her readers.

Actor and comedian Ahmed Ali Butt, another grandchild of Madam Noor Jehan, too, gave his two cents on the matter.

“I’m sure he (Ali Azmat) also knows how big of a legacy Noor Jehan has and 1000 rock bands can’t measure up to her 1 song. I don’t hold it against him because he is an artist also and very well knows that respect comes when you give respect, otherwise you’re just putting yourself in a position where people will disgrace your own legacy,” reflected Ahmed Ali Butt. “As for The Melody Queen Noor Jehan… “gai ge duneya geet mayray”…Forever.”