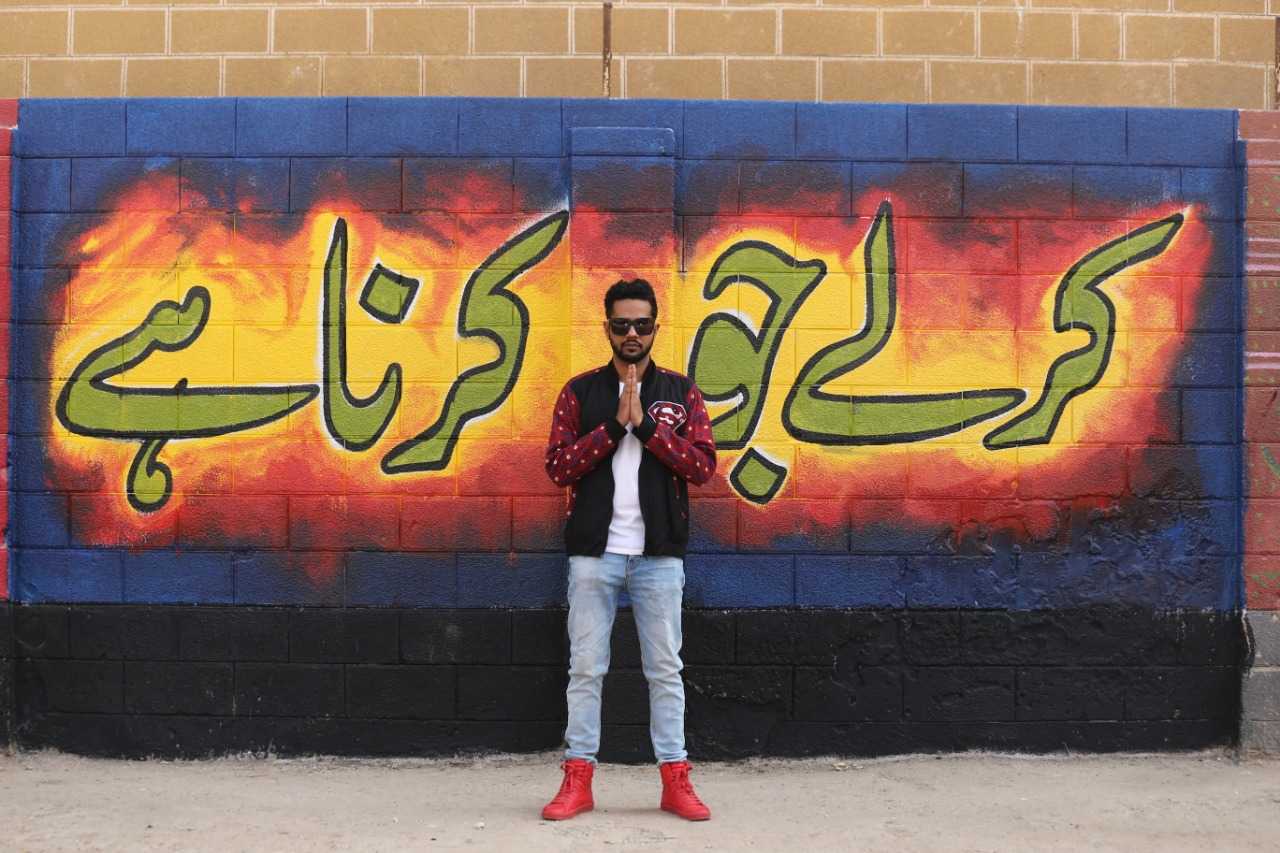 KARACHI: Singer Ali Gul Pir recently collaborated on a song two months ago, called Hut Paray, which was a socially conscious attempt by him to revive the Sindhi language. His previous songs such as Waderai Ka Beta tackled the issue of feudalism in Pakistan, so Ali is not foreign to following a theme of relevant issues in his music. Well guess what? He’s done it again but in the most direct way this time and he seems to be calling out a well-known alleged sexual harasser in his newest song, titled Karle Jo Karna Hai.

“Do you think you’ll scare me off with all these notices and dramas that you’re doing?” With this line, Pir seems to be referring to FIA notices that he was slapped with by singer Ali Zafar earlier. The singer reportedly got himself into legal trouble when a few months ago,  Zafar issued a notice against Pir for ‘derogatory remarks’ against him. To which, in late August, Pir issued his statement on the situation.

A self proclaimed "rockstar" didn't like that I called him an "alleged harasser" and made a joke about him. If I got arrested for every satire piece I've written, I'd be a resident of Karachi Central Jail

Well, this song may be Pir’s best response to Zafar yet (or so it seems, based on the lyrics). While the song names no one, it hilariously makes references to a certain celebrity in India and sucking up to the likes of Ranbir Kapoor, uses the term “Teefa”  (which is a direct reference to the film Teefa in Trouble) and the fact that this certain someone is allegedly called on to award shows he refuses to attend unless he’s given an award.

“Your ego broke because of one joke,” Pir sings, referring to the joke he made about Zafar that led to him issuing an FIA notice. The song progresses to show Pir’s obstinacy when it comes to speaking up against the alleged harrasser. He gives the impression of not being silenced by “powerful” and “rich” people and he repeatedly claims that he does not fear going to jail if that’s what it takes to speak up for himself.  In fact, Pir gives a clear warning by saying “kar le jo karna hai” over 15 times. We counted.

As if song couldn’t get any more controversial, Pir took a direct jab at Zafar by singing “I love you a lot, I’m calling this song Channo ki maut,” referring to Zafar’s famous song, Channo.

Speaking about the song, Pir has said “Freedom of expression and thought is a basic human right recognized by the United Nations. We all stand against the oppression of the people of Kashmir based on that. Therefore, we should not let our state or the powerful few, censor us. Like thoughts and beliefs, art should remain free of control. Yet, the few rich and powerful, think they can silence the resilient majority. To them, we say karle jo karna hai.”

However, in the larger context, the song is about standing up for what you believe in and not letting the rich and powerful silence those who dare to challenge the status quo. And whether this song is about Pir’s beef with Zafar or not, you can’t deny that this song encourages people to speak up.

Barring the hard-hitting lyrics, the music video itself is entertaining to watch with unique dance performances done by Mehar Bano, Anoushay Abbasi, Bhuran Ali, Irfan Ali and Alina Zuberi. Filmed in Lyari, the video is colorful and full of life. Also, this is the most hip-hop we’ve seen Pir. He’s dropping a lot of curse words and his rap style has also evolved.