The school aims to give the children of Bhittai Colony their basic right to education without any compromise on quality. 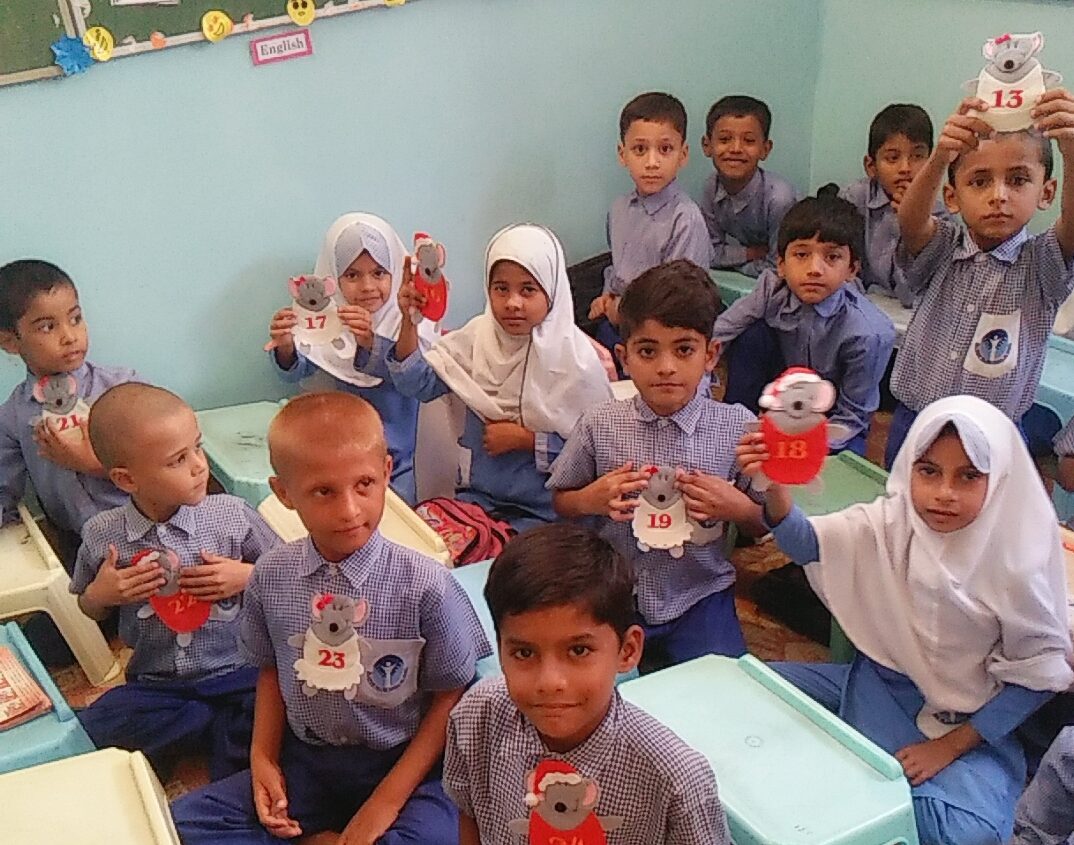 KARACHI: It’s lunchtime at the Bhittai Colony school and there is an onslaught of around 160 eager school children who are looking forward to what they’ll have to eat today. Sometimes it’s aalu chaat or chola pulao and other times it’s fruit, milk, and biscuits. Every time it’s a home-cooked meal (courtesy of Charity Right, a London-based charity organization). They’ve all packed away the books that the school provided to them at the start of the school year, free of cost, just as their uniforms were provided to them. There are smiles all around as the children talk and play and the teachers de-stress after a busy day. It’s the picture-perfect version of what a school should look like and if it weren’t for the location no one would be able to tell that the institute is a charity school in a low-income neighborhood.

The Bhittai Colony school was set up back in 2015 by Bushra Tariq Said. She had already been running a charity school in Sheerin Jinnah Colony when her cook told her about how there was a dire need for a school in the area she lived in. That was all it took to convince Bushra, and, with the help of her mother and sister, they all pooled in a bit of money and bought a house in Bhittai Colony and so began the story of what started as a small charity based school that evolved into what has now become a lifeline for the families of Bhittai Colony. 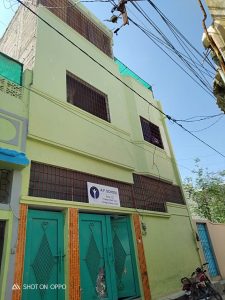 Bushra recalls that since the school was completely free of cost, it was only a matter of months before the school was overflowing with children. As the school took off and most of the students’ expenses were shouldered by the school administration, they began charging a nominal fee of Rs 50 which is currently Rs 250. Yet, for many families, it is a cost they simply cannot bear and so the school waves their fee completely. For Bushra, there’s nothing more important than keeping the children in school and off the roads deprived of their most fundamental right. With the help of her husband Tariq, she began making arrangements to cater to the number of children who wanted to attend the school. First, they added a second story to add more classrooms. Then two years ago they bought the plot of land right next door to the school because as Bushra told me, “We were in dire need of a playground.” Family and friends once again pitched in and donated two slides and a swing set and they planted a few trees and the children could not have been happier. Slowly yet steadily, the school began to look even more like a school. A place where children could enjoy themselves and would leave armed with knowledge. 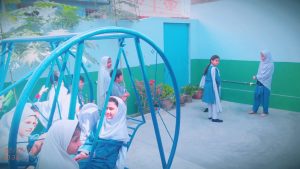 In the evenings, the Bhittai Colony School serves a similar purpose. Girls and women of the neighborhood are welcomed into the school to learn a life skill that will help them in the practical world as well and they are taught sewing. Bushra plans to offer technical skill classes to the children but that depends on the availability of space. But it’s a plan she is holding on to. 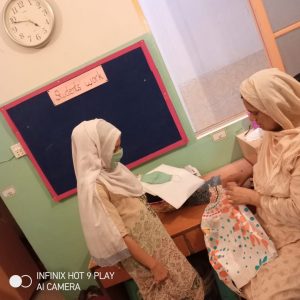 The school is now associated with the Al Furqan Welfare Organization. They aid the school by offering academic support that includes syllabus planning, teacher workshops and exam paper preparation. Every step along the way, there is no compromise on the quality of education that is being provided to the children. Bushra has had firsthand experience of  what a badly run government charity school looks like. Mismanaged funds, uninterested teachers, lack of management – all at the expense of the youth of the country. And so she made sure that that it would not happen with the Bhittai Colony School. The teachers who are currently employed are all Intermediate and Matric pass and know how to speak and write in English and they are being mentored by volunteers who work on brushing up on their skill set. 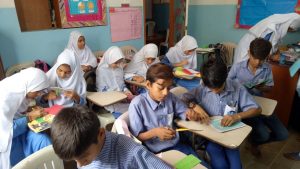 The school and its administration are focused on instilling a sense of responsibility in the children. From tree plantation drives to street clean-ups, the children are taught to take ownership of the area they live in. But it’s not all work and no play! Before the pandemic hit, the school would take the children on a field trip at least twice a year. It was the highlight for the kids who would talk about it all year long. 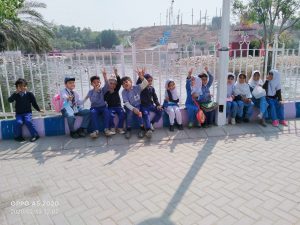 As the school continues to expand, the expenses do too. Today the school has a waitlist of students waiting to join and all that is needed is more space for the school to grow. Teamed up with the Al Furqan Organization, a sponsorship program has been set up and all donations are welcome.

If you wish to make a donation to the school you can follow this link:
https://alfurqanwelfare.com/#waystohelp