On the latest episode of TBH Season 3, fashion icon and actor Nausheen Shah proved just how good of a sport she can be 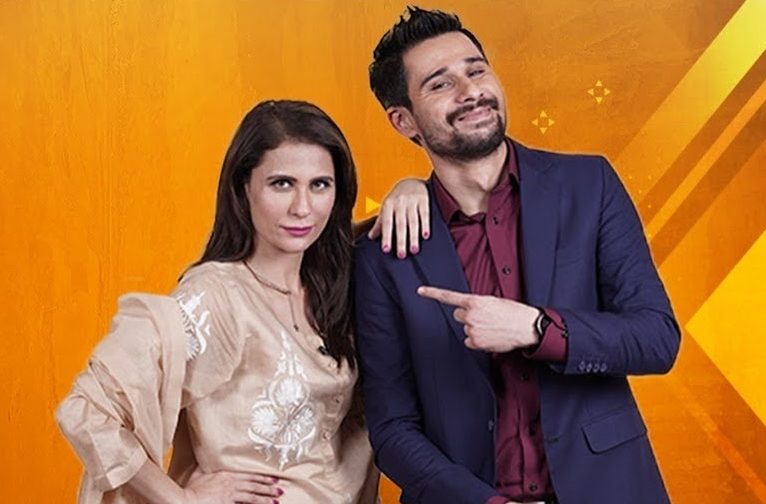 KARACHI: TBH is more or less a one man show with each episode bound to leave you in fits of laughter, given the host Tabish Hashmi’s sense of humour. However, every now and then a guest is invited to the show who makes the episode even more enjoyable. In the latest episode of TBH, guest Nausheen Shah added her own personality and humour to the show, making it less of an interview and more of a banter between two comedians.

Currently starring as Ishrat in Pehli Si Muhabbat, Nausheen Shah has proven her range as an actor by taking up reserved and serious roles like Ishrat’s while also having starred in comedies like Dugdugi. Another aspect which makes Shah stand out and which was also used to introduce her on TBH is her fashion sense.

Clothes may make a person look good but confidence is key when pulling off an outfit and Shah proved just how confident she is with her wardrobe and herself. When asked about who she thinks her competitor is when it comes to fashion, Shah immediately replied ‘nobody’. She also shared how she has often been compared to Kareena Kapoor but for Shah, being compared to someone else is not a compliment, even if it is one of Bollywood’s biggest stars.

Nausheen Shah also came through with her confidence in the interview when she threw subtle shade at recent controversies that she has been a part of. Referring to Yasir Hussain’s claims of Shah attending his wedding uninvited, Shah shared how she is not the only one to have become a target of Hussain’s criticism. “I feel sad,” she commented upon the situation.

While Shah may be a style icon who owns around 150 pairs of shoes and can even travel to another continent for a single pair, she emphasized that it is her art that she wants to be known and appreciated for. “I would not want people to judge me or my clothes, I want them to judge my work,” said the actor.