Celebrities have made sure to leave an impact with their clothing at Met Gala. Here are some interesting looks with important meanings behind them 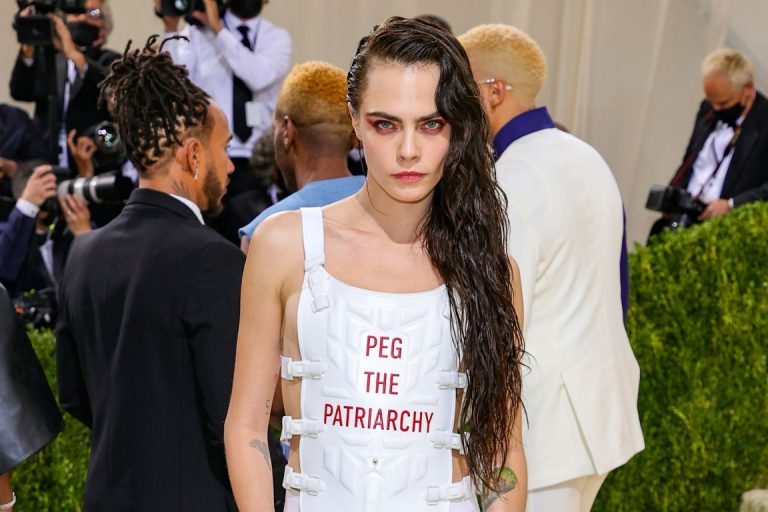 KARACHI: Met Gala 2021, one the biggest fashion events, is a fundraising benefit for the Metropolitan Museum of Art in New York City. The theme of the Gala this year is “In America: A Lexicon of Fashion,” which essentially means the celebration of American fashion. Some celebrities have made sure to leave an impact with their clothing at Met Gala. After all, it’s a significant moment in fashion. Here are some interesting looks with important meanings behind them.

Daniel Levy worked with Jonathan Anderson to create clothing that celebrated the resilience of the LGBTQ+ community. Anderson told Vanity Fair: “Dan is our gay superhero. Through his comedy, he is able to knock down cultural barriers. We wanted to make something that allows him to make queer love visible and we found that through the seminal works of David Wojnarowicz.”

Representative Alexandra Ocasio Cortez made a political statement at Met Gala this year. Her white gown by Brother Vellies stated, “Tax the rich”. This bold statement is according to her political values and beliefs.

Saweetie wore a sparkling Christian Cowan gown. She told ET that her cape represented The Black American heritage flag and the Filipino flag.

Billie Eilish’s Oscar De La Renta Met Gala gown depicted the confidence and self love she has found within herself over the years as she felt comfortable in her skin and wore what she truly wanted to wear.

Cara Delevingne wore a white bullet proof vest that stated, “Peg the Patriarchy”. Cara’s Dior outfit at the Met Gala this year was all about women empowerment and gender equality.