Keeping up with Kim Kardashian’s scandals 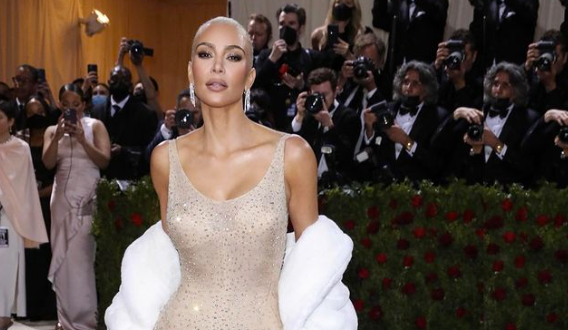 KARACHI: It is most probably an off day for the Kardashian-Jenner clan if their name is not in the spotlight, for good or bad reasons. The family strives on drama and do very little to shy away from it. As of late, Kim Kardashian is in the forefront of scandal ever since she attended the Met Gala in the iconic Marilyn Monroe dress. Here is a walk through of why her Met Gala appearance was so controversial and other scandals associated with the mogul in terms of fashion and beauty over the years.

To catch readers up to date, Marilyn Monroe had worn a custom-made Jean Louis dress during John F Kennedy’s birthday celebrations (the actor was rumored to have had an affair with both, the president and his brother). The skin colored dress was so skin tight it is said that Monroe could not wear anything underneath it and so the hand sewn crystals were strategically placed. In 1999, the dress sold at an auction for $1,267,500, beating a previous record set by an ink-blue gown worn by Diana, Princess of Wales. It was bought by Manhattan-based Gotta Have It! Collectibles. 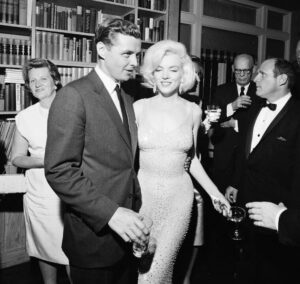 The dress remained in a temperature and light regulated glass enclosure for decades. Until Kim Kardashian wore it to the Met Gala. Why was the decision so scandalous? For one, many felt that Kardashian could not do the gown justice. It was not the color of her skin and not the shape of her body. And so, for many, it did not make sense for the dress to make a reappearance. 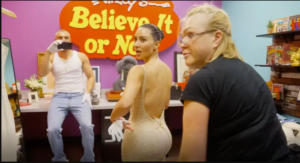 But what really drew scandal to the dress were the statements Kim Kardashian made about the lengths she went to fit into it. “I would wear a sauna suit twice a day, run on the treadmill, completely cut out all sugar and all carbs, and just eat the cleanest veggies and protein. I didn’t starve myself, but I was so strict,” which explains why she even went on to tell a reporter that she was starving. The Kar-Jen clan has often been accused of promoting unrealistic beauty standards and so people were not amused with Kardashian’s statements.

The Kardashian sisters are all of Armenian descent from their father’s side of the family and in no way can they be categorized as half black. But it seems as though the family did not get the memo, especially Kim Kardashian who has found herself in scandal after scandal in regards to this topic.

While promoting her beauty brand, the reality star was clearly a few shades darker than her actual skin tone. This naturally upset many people who accused her of blackface. Many pointed out how the sisters try to appear as though they are black despite not being so and how problematic that is. However, Kim denied the blackface and instead insisted she was just very tan during the shoot, “I would obviously never want to offend anyone. I used an amazing photographer and a team of people. I was really tan when we shot the images, and it might be that the contrast was off. But I showed the image to many people, to many in the business. No one brought that to our attention. No one mentioned it.”

Even if we could, for a minute, actually believe that Kim Kardashian was tan during the photoshoot, how could we justify her decision to sport cornrows? Cornrows is a hairstyle usually associated with black people. Kardashian is not black but sported the hairstyle in the name of fashion.

The reason why Kim Kardashian sporting the hairstyle was controversial was because as a social media user aptly put it, “For the thousandth time, what we’re mad at is that when Kim [or any white woman, for that matter] wears styles such as these…they get praised all the way around for it. But when black women do it…we get told that it’s unprofessional, or that we look unkept.” 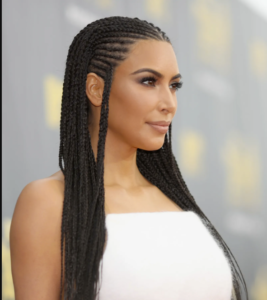 Kardashian justified her decision as a mother-daughter thing and referred to her daughter’s biracial heritage, “I did that look because North said she wanted braids and asked if I would do them with her.” But it should also be noted, North had not been seen sporting the hairstyle.

The reality star did not do herself any favors when it came to the accusations of promoting unrealistic body standards when she decided to endorse diet lollipops and promote the advertisement on her Instagram which has millions of followers. 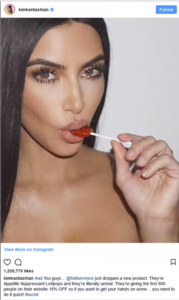 It seems as though wherever Kim Kardashian goes, scandal will follow. However, scandals are what keeps this family going!

Kim Kardashion has had decades of body image issues and obsession: Jameela Jamil