Actress urges people to give themselves a break 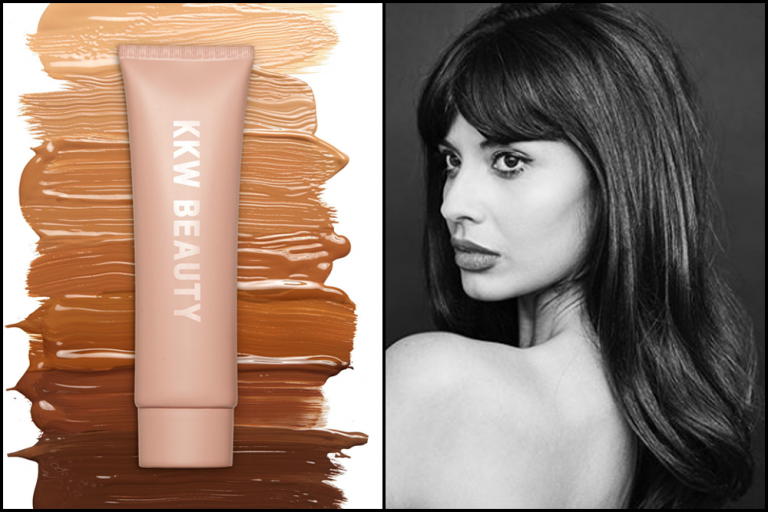 British actress Jameela Jamil has a history of calling-out the Kardashians for their social media posts, linking them to body-shaming and a lack of self-acceptance.

Last year she spoke out against a post by Khloe Kardashian promoting weight loss using Flat Tummy Tea. Since her comment, Khloe has deleted the post.

This time, Jameela expressed her concerns about Kim Kardashian’s new body makeup line that she launched on Friday.

I’ve learned to live with and not be insecure of my psoriasis, but for days when I want to cover it up I use my @kkwbeauty Body Makeup. In this after photo I also used my Body Shimmer in Pearl and Loose Shimmer Powder in Pearl. Launching today at 12pm pst #kkwbeauty pic.twitter.com/GjwuBb06zm

Kim, in her tweet seemingly states that the product is to cover up her psoriasis but Jameela felt that it was a dig at making women insecure about their natural skin.

Hard pass. God damn the work to take it all off before bed so it doesn’t destroy your sheets… I’d rather just make peace with my million stretch marks and eczema. Taking off my mascara is enough of a pain in the arse. Save money and time and give yourself a damn break. ❤️ https://t.co/gGrbiZfH2K

She said that the product was a “hard pass” and said that maybe women should just give themselves a break. Since her tweet, she has received both support and people that are not exactly in favor of her ‘oversensitiveness.’

The cost of applying that much product to your body would be insane. Foundation costs enough. If someone wants to do it, more power to them, but it's pretty ridiculous if you ask me. And it didn't make any difference to her skin.

Do men do anything remotely close to this?! Who has the time to do this?!!

how big is the jug? does it come in gallon sizes? this is absurd!!

Trump probably uses this… maybe that's why he met up with Kim k?

Why is mascara or face foundation sensible but body make up bad?

Some of us like wearing a lot of makeup for fun 😊 I think we shouldn’t judge women either way! But I understand that we shouldn’t set standards for women to look a certain way. But at the same time we should let women do what they want without being judged 💕

I think it's harder for some people to simply 'make peace' with their scars and stretch marks. Kim herself suffers with psoriasis and it can make people incredibly self conscious. If they want to put body make up on, they should be left to do so…