Watching the theatre play, 'The Bus That Didn't Stop', one comes to realize how different partition is for who lived through it compared to the curriculum. 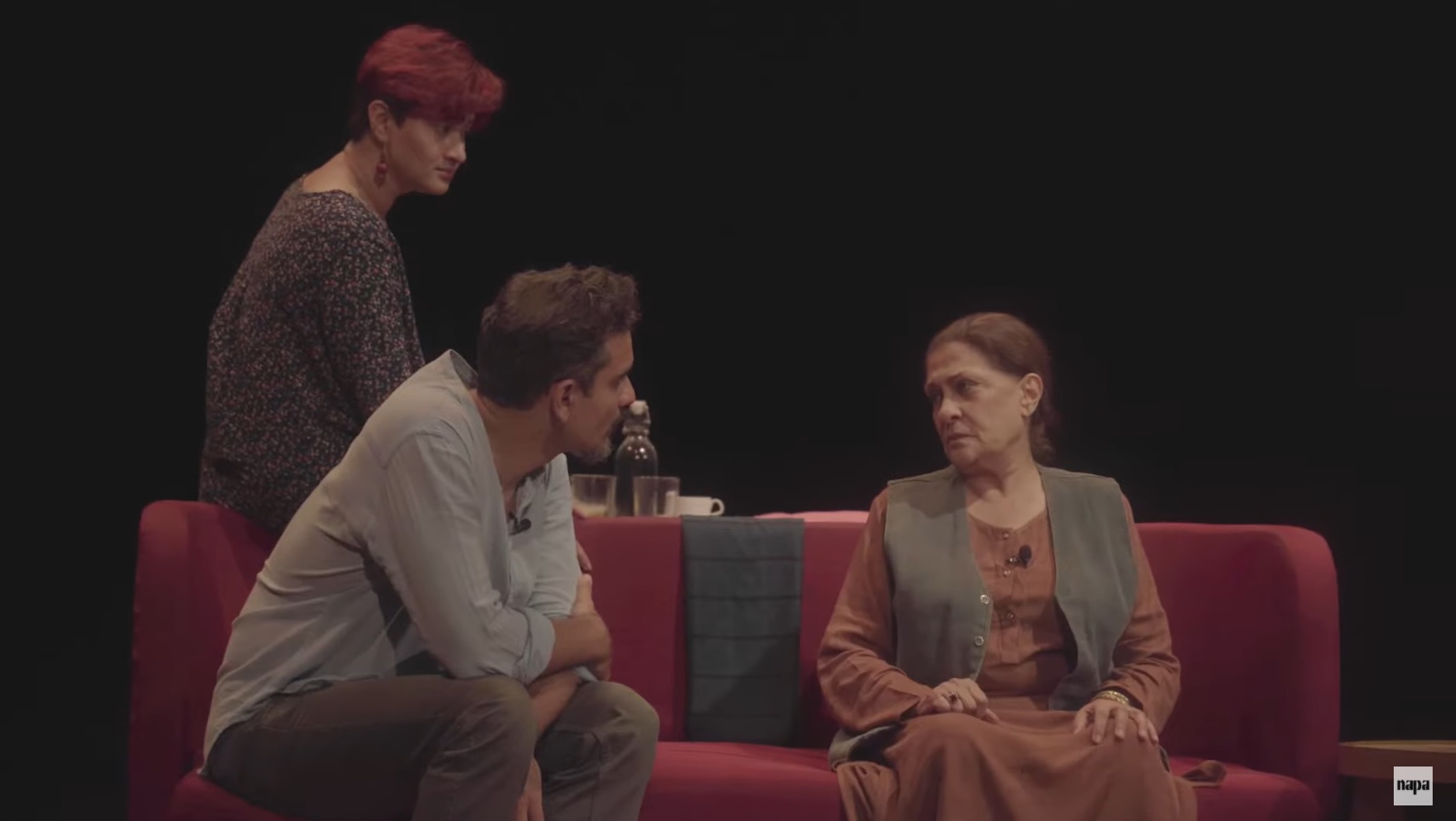 KARACHI: Partition – a dire consequence of a dire situation (so proclaimed). How did we even come to that conclusion? What did we take into account when we went on ahead and executed the plan? Who did we consider? Who did we actually take on board, and who did we simply assume was tagging along, when in reality, things weren’t far from the truth. Goethe-Institut Pakistan’s play The Bus That Didn’t Stop sheds light on a narrative around partition that history books on both sides of the border would perhaps disapprove of.

The play follows a couple treading through stories about partition. The plight of women and minorities who were simply expected to go with the flow, and sacrifice themselves without an agency. The play explores the very antagonizing viewpoint of the partition of identities that exists in both India and Pakistan. A viewpoint that has been fed over the years through Indo-Pak wars, the Zia regime, and a lot more than effectively distributed the in-group and the out-group. It had to be clear-cut for the British to understand who they were ruling. It somehow still has to be clear-cut. Both countries have since then been justifying partition as if convincing no one else, but themselves. What happened had to happen.

In a discourse between the couple, they exchange the following dialogues:

“When we talk of partition, we expect a particular narrative. Stories of violence. But what about other stories? Stories of rescue?”

“And what’s more, that it was happening on an everyday basis. In and around you. All at the same time. People: Hindus, Muslims, and Sikhs at each other’s throats. But also, risking their own lives to save each other. Their friends, their neighbors, even strangers. Saving them against all odds.”

Like a couple with a designated side of the bed, or the couch, or even the entire living arrangement they share are the two neighboring countries. Questions keep popping up while watching the play. Are Pakistan and India really separate? But then, are Pakistan and India even a single entity? “The stories in-between” and the “nuances” have been lost (read: jettisoned off the ships from both territories). Is there an attempt to turn an eventful day as a partition into something that is only readable text? Or does living the experience supersede? How different would the two experiences be, given today’s political climate?

Not many of us have read stories of the other side. Whether it is plain inaccessibility, or refusal is something that varies from person to person. However, a horrifying tale that has echoed through time is that of women from both sides. Victims of the decisions men in the room made. Fearing their “honor” could be tarnished by men from the other side, young women jumped in wells. Even more disturbing is how many Sikh families narrate the chopping of heads of their women, to protect them from Muslims who could rape them. The more up-close stories, excluded from a curriculum that at times only talks about reforms and electorates, have lived on as oral history.

“And what about the women? Did they have a choice? They did not have a choice. Because choice would require agency. Those women did not have the agency, because society is structured to silence them. Silence is sometimes all that we have. Women don’t tell their stories because they have been silenced. They have been muted. They watch history unfold before them rather than participate. ‘Let’s talk to the men!’ I have heard that so many times, ” a storytelling character from the play says. “Female stories always lead us back to honor. They question honor. They expose shame. Honor is a man’s story: always carried out on a woman’s body. It is there! Etched into our skins! Whose honor? whose shame? And whose choice?”

Connected to a similar issue of East and West Berlin from the 40s, the narrator of the play recounts how reflective partition is of her own German history.

The play also sheds light on why a country so hellbent on sticking to a curated identity for itself struggles to accept anything that does not conform. “I am an Ahmedi you know. In Pakistan, I am a non-muslim. But as soon as I cross the border, I am a Muslim,” says one of the storytellers from the play.

Stories of estranged Zoroastrainian sisters, separated by the partition, finally reunited outside of both India and Pakistan is what this play is about. Sisters whose ancestors made a promise to blend in with the natives of the subcontinent as if sugar in milk. The promise keeps them from asking for more for themselves.

The actors, few in number embody multiple characters, important for the flow of the play that gives out i.e., we are all really just one and the same. We have taken up identities, but at the core of matters, all we want is a sense of belonging, a home to return to, a piece from our childhood to live on. The play is a fruit borne by German-Syrian actress Corinne Jaber and French-Tunesian filmmaker Habib Naghmouchi who had been working with Pakistani actors from the National Academy of Performing Arts (NAPA) in Karachi for weeks.

The play is based on Footprints of Partition, a book by Anam Zakaria that reads between the lines of the history of partition. The stories won’t make it to history books, but provide a more “through the looking glass” experience to the reader. Partition was all about the ones who truly went through it. And not just the crimes. But also losses that weren’t material goods. The partition cannot be about the ones who took a plane from say Bombay to Karachi. It is about the ones who did not get to cross borders, yet borders crossed them.

The Bus That Didn’t Stop – The bus really being Time that didn’t allow for closure, didn’t stop, didn’t turn back. Partition may be a distant memory for many, but for the ones who dive in, it is a fresh wound only just acquired.

Samina Ahmed, Corinne Jaber, Fawad Khan, and Bazelah Mustafa do a splendid job in bringing this play to life. It is simply as though there is a conversation going on between the characters and their audience. It breaks the fourth wall so effectively there is absolutely zero cognitive dissonance. Their deliveries are intense, but also subtle – efficiently giving their viewers an out-of-body experience, even onscreen.