Independence Day for a woman in Pakistan

...because, are we truly as independent as our male counterparts? 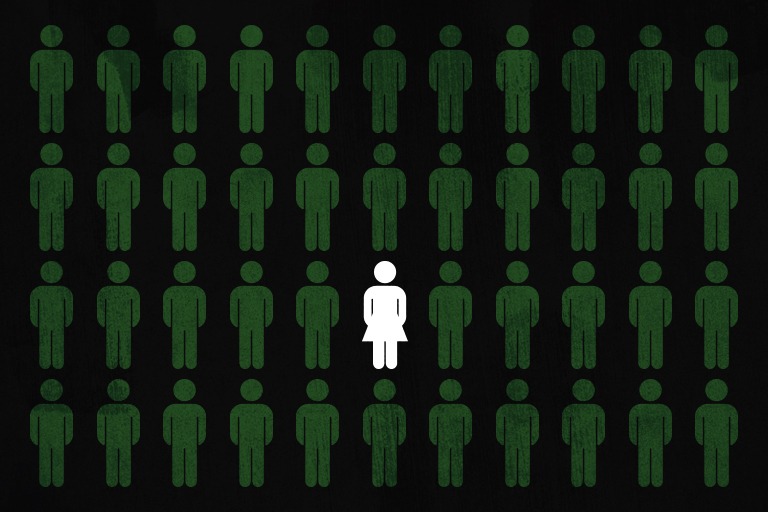 KARACHI: Pakistan can be a beautiful country, with a lot to explore, things to do, places to visit. Condition being? You are not an ethnic or religious minority, a woman, or a gender most people find difficult to grasp given their mental capacities. If God forbid, you are any of these things, your life in Pakistan will be spent explaining yourself, your need for equality, your urge to have people understand you, and your struggles. For the rest, the system is put in place while you all are merely second-class citizens. So while the first-class citizens have all their reasons to celebrate independence day, for the second-class, 14th August serves as a reminder of just how free they are Not. One of these not-so-independent citizens of Pakistan expected to celebrate Independence Day is women.

Living in Pakistan, it has been hard to keep a track of the number of times we read about a woman harassed, raped, or murdered. A steep rise in the number of femicides in July alone serves merely as a backdrop to what really unfolds on stage. There might hardly be a woman who has not yet been harassed. Hardly a woman who is not a cause of worry for her family given her gender and the social landscape of the country she was fortunate enough to open her eyes in. Hardly a woman who does not worry in a room full of men. Hardly a woman who does not worry that she could become yet another hashtag and her loved ones could be seeking justice on her behalf. In worst-case scenarios, she could even be scared of the lack of care towards people around her seeking justice for her given the amount of victim-blaming that is prevalent in the dear homeland. Did we ever stop to make women feel at home in Pakistan?

Speaking to fellow women, one finds out just how little they want. The bar is set too low, because of how little they can get at this point. While men from Karachi, in particular, might be afraid to have their phones snatched, women fear rape, kidnapping, molestation, and even murder.

Here is what was found upon asking women what freedom would truly mean for them (names have been hidden to maintain confidentiality):

“Being able to exist without fear. And not fear in the sense where I fear that I won’t be allowed to wear what I want, etc. – that policing is so deeply embedded, it’s stopped being an issue – but the fear of being attacked, groped, harassed, catcalled. Fear of being watched, monitored and being nothing more than an object.”

“Not having to think twice about where’s the exit. It would mean not having to make sure if I have a potential weapon in my purse. It would mean that every shoe I buy, I think of comfort and cute, not if I can run in it or if I potentially use it for self-defense.”

“Being able to hang out at night. Walking freely at night (no, not only at night though). Driving. TO GO ON SOLO TRAVEL (my dream). Being able to dress up however I want, be it an off-shoulder top, shorts, or fancy dresses (really want to see how I’d look in them).”

Women often wonder if they can truly be free in Pakistan. The answer most men give: yes, but within the confines of the chaar deewari (fours walls). Other more liberal men also might say yes, but there is always a ‘but’ in each of their responses. The very ‘but’ limiting women from being whole.

“Freedom isn’t a blanket term. For many indigenous women, they are free in the ways we seek freedom – labor, social mobility, etc. Freedom has context. I can perhaps fight to create a home, in the confines of which I am free. But that itself is a paradox because I am confined within that space for freedom. The fact is that women, as a collective, are not free and cannot be free because so much discourse is also spearheaded by men. Men, who have waged wars, expect and train women to resort to nonviolence for freedom.”

“I don’t think I can be free in Pakistan. Ever. The mindsets are too strong. Empowered women are still seen as threats in developed countries. We’re too far behind.”

Some of us are rather unfortunate in the sense that we may have tasted a bit of freedom outside of Pakistan. Due to this exposure, we can never come back to this place and fully feel free. We recognize freedom, and this is not it.

“No. Never. Not at all!! I went to Turkey and the people there are so so nice. I prayed in a mosque in jeans and shirt and not a single soul judged me or said ‘you can’t pray in those/this isn’t how we pray’.”

As mentioned earlier, Independence Day not only invokes bitter feelings of what lacks for women in the independence department but also highlights how many of us have a rather twisted definition of patriotism. Many of us believe loving the country regardless of all its ills, and turning a blind eye to them is what patriotism stands for. Others, far more dangerous, manifest their understanding of patriotism in hypernationalism. Anybody against the narrative is a threat, no matter if the person is merely trying to ‘improve’ that narrative and make it more tolerant, accepting, and kinder.

Pakistanis will sing “is parcham ke saye tale hum ek he” and then mistreat ahmedies, balochies, minorities of pakistan, shia community and women

But the question is, did those people truly sign up to be slaughtered and sacrificed, or is that just how we have written our history? Marred with barbarism from the get-go, and etched with bloodstains of the people who simply wanted to be accepted, we have curated a Pakistan that is hardly any accepting.

Here is why some of our respondents (all women from Pakistan) view Independence Day differently compared to the first-class:

“Independence Day doesn’t mean much apart from festivities. And I honestly love those. I like the flags and fanfare and colors and parades etc. And I’d be just as much involved if I was living in a different country. For me, it means that I’m just enjoying a festive day. Not celebrating patriotism because that’s not who/what I am.”

“Pakistan. Frequent rape cases of women, children, and even animals. Culprits escape. Not enough security for anyone at all.”

“It’s supposed to be a celebration of this country coming into being. But this country harbors far too much pain. It’s built on blood and it sustains itself on blood. That’s not independence – that’s a vicious cannibalistic cycle where we all wait our turn to be offered up as a sacrifice for sustenance.