The drama which is set to air on ARY Digital will touch upon a problematic societal practice, featuring Ali Abbas, Zainab Shabbir and Usama Khan 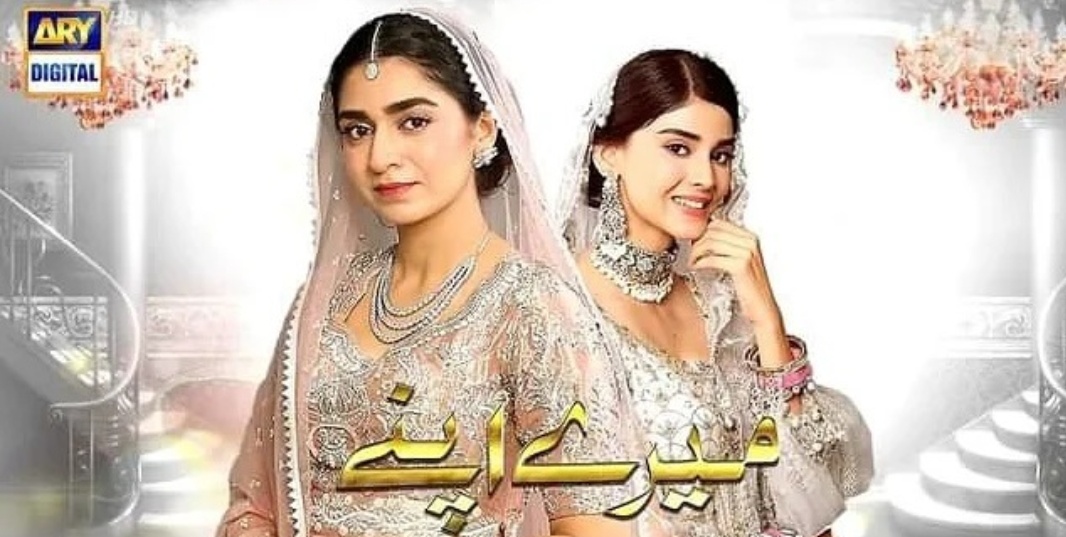 KARACHI: The teaser trailer for Mere Apne, ARY Digital’s new drama, was recently released and what makes the drama interesting enough to be on our watch list is the fact that it will touch upon the problematic societal practice of watta satta. Watta satta is the practice where two families participate in a give-and-take of two pairs. One sibling is married off to a family in return for the other. And often marital problems for one couple inadvertently lead to problems for the other. And that is exactly what the recently released teaser hints at.

The trailer for the new drama begins with wedding festivities going on in full swing. We see the lead actors Hajra Yamin and Zainab Shabbir dressed in beautiful bridal clothes and making their way to their respective grooms played by Ali Abbas and Usama Khan. However, viewers come to the conclusion that all that glitters isn’t gold and as joyous as the activities maybe, they are overshadowed by the haunting voice over which suggests that while marriage is a beautiful start to a relationship not just for the couple but for two families, there’s the lingering question whether the relationships created by the practice are sustainable. And thus opening the way for conflict in the drama serial.

Comment: When will Pakistani dramas change the woman vs. woman narrative?

Mere Apne as a new drama will see an ensemble cast including Zoya Nasir, Waseem Abbas and Arez Ahmed, in addition to key characters. The drama is produced by iDream Entertainment and Mohsin Mirza. While the teasers says it is going to launch soon, a release date is yet to be announced.