In a recent interview with BBC Asia, the singer hinted towards Khan being the muse for his next music video 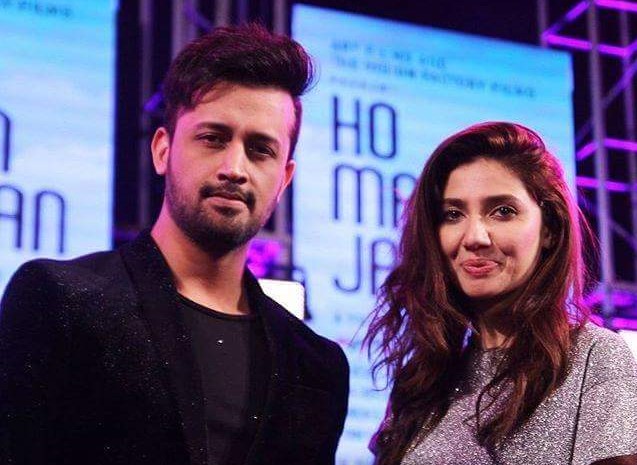 KARACHI: Atif Aslam recently sat down with Haroon Rashid for an interview for BBC Asia. During the conversation, the two spoke about the singer’s success over the years, his time at Bollywood and a potential television debut. However, what caught our attention the most was when Atif Aslam hinted towards Mahira Khan being the muse for his next song. Aslam also stated that his next music video can be expected within the next couple of months.

The conversation began with Haroon Rashid looking back at 10 years of Bol in which Atif Aslam and Mahira Khan shared the screen. Not only was Bol Aslam’s acting debut, it was also Khan’s first movie because of which she still refers to Atif Aslam as her ‘first hero’.

While Mahira Khan has acted in various films since Bol, Atif Aslam is yet to return to the world of acting. The singer is reportedly set to make his television debut but he remained mysterious about his acting career during the conversation with Haroon Rashid. However, he did state that if the right script came his way, he would be open to the idea of acting again.

For now, the singer seems focused on his music. After the success of ‘Rafta Rafta’, he is in the process of making new music and is also open to experimenting with fresh labels for his tracks. Moreover, Mahira Khan featuring in an Atif Aslam song is sure to attract fans, given the hype that Sajal Aly and Syra Yousuf’s presence in previous music videos created.