The actor asked for the same remuneration as her husband, Ranveer Singh, for Bhansali's Baiju Bawra 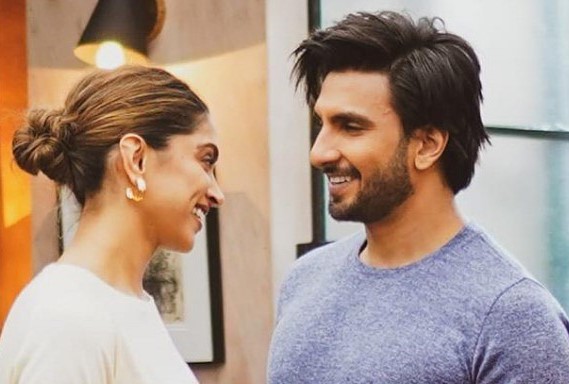 KARACHI: Deepika Padukone and Sanjay Leela Bhansali have created some masterpieces in the past but in latest news, the actor will no longer be featuring in Bhansali’s next. After having acted in Ram Leela, Bajirao Mastani and Padmaavat, Deepika Padukone and Ranveer Singh will not be working together on the next Bhansali movie titled Baiju Bawra. While Singh was roped in to play the male lead in the movie, Padukone was reportedly denied equal remuneration as the female lead. An advocate for women rights and equal pay, it is no surprise that the female actor had asked to be paid as much as her male counterpart.

“Apparently, Deepika wants the same remuneration as her husband. Not a penny more, not a penny less,” a source told Bollywood Hungama. One of the leading actors in Bollywood at the moment, Padukone has been receiving as much remuneration as the male leads in the film. This time, however, the team behind Baiju Bawra had to turn her demand down.

A look at Padukone’s past interviews confirms that there was a point when she was more successful than her husband and was earning and working more than he was. Ranveer Singh, however, was never insecure of his wife and continued to thrive at his own pace. The news of Deepika Padukone now being denied equal remuneration for Bhansali’s latest film comes as a shock.

Ranveer moves into wife Deepika’s house, says he didn’t want to displace her

However, Padukone and Bhansali still seem to share a loving relationship, as proven by the heartfelt note that the actor has penned down on the director’s 25 year anniversary in the film industry. 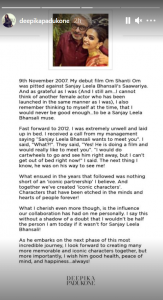