Mimi delivers more than what was expected of it

With its surprise release, brilliant performances and lessons on parenthood, the movie is worth a watch 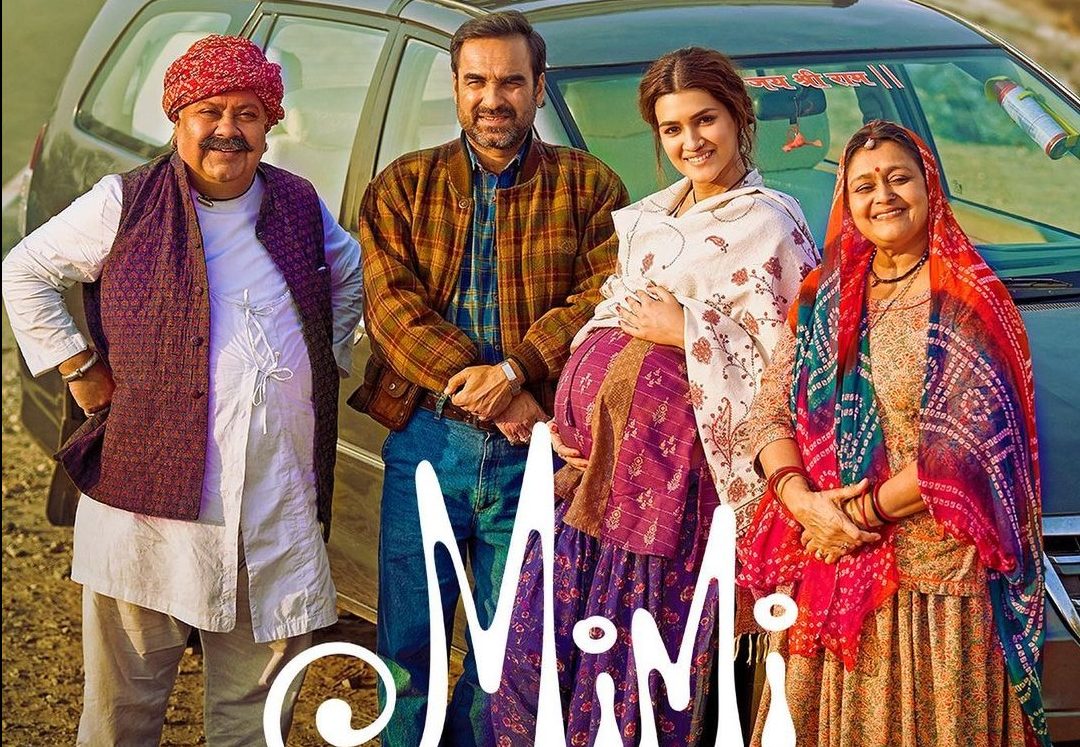 KARACHI: Kriti Sanon surprised her fans on her 31st birthday with the early release of her latest movie, Mimi. Or was the release a surprise for Sanon as well? Initially set to release on 30th July, it is rumored that the film arrived early on Netflix because it was leaked online. Another explanation available is that it was a publicity stunt by the team who wanted to release the movie on Kriti Sanon’s birthday on 27th July. Regardless of the release date, Mimi highlights important issues and is definitely worth a watch. But if you have not watched the movie yet, you might want to come back to this review later.

The movie tells the story of a young girl, Mimi (Kriti Sanon), who dreams of making it big in Bollywood someday. In her desire to become a heroine, she agrees to be a surrogate mother for an American couple, Summer (Evelyn Edwards) and John (Aidan Whytock). Since they cannot have a child of their own, Summer and John come to India in order to look for a healthy surrogate. Things seem to be going according to plan, with Mimi happily carrying the baby inside her and getting money in return. Until doctors diagnose the unborn child with Down Syndrome and Summer decides that she no longer wants the child.

Summer’s decision changes everything for Mimi. But from the perspective of a viewer, it sheds light on a number of issues as well. The first thought that crosses one’s mind is the exploitation of Indian surrogate mothers at the hands of foreigners. For years, India has been the hub of commercial surrogacy with women from lower-income groups volunteering to be surrogates for foreigners. However, owing to the fact that most of these arrangements are made outside of the legal framework, Indian women are also exploited. As in Mimi’s case, Summer suddenly changes her mind and flies off to the US, leaving Mimi with a child that is not hers, to begin with, nor can she afford to have.

Another aspect that hits like a rock is the reason Summer abandons her child. Summer clearly says that they wanted a ‘normal’ kid which is why they spent so long looking for the ‘perfect’ surrogate mother. Upon finding out that the child has Down Syndrome, Summer outrightly refuses to keep him on grounds that “we can’t raise a disabled baby, we just can’t.” Forget the fact that the couple is going back on their word to Mimi, they are willing to abandon a child even before he comes into this world on the basis of a few results. The same child that they were desperate to have.

The couple tells Bhanu (Pankaj Tripathi), the driver who introduced them to Mimi, to have the latter abort the child. It really makes one wonder how we as humans are ready to label and marginalize individuals who do not meet our definition of ‘perfect’. How we would rather have a dead child than a differently-abled one. Bhanu has an important dialogue in the movie when he says, “You people (foreigners) think that you can buy anything with money.” Perhaps one thing that money cannot buy is compassion and unconditional love.

Mimi chooses to keep the baby and raise him as her own. “A kid is a kid,” she rightfully tells her viewers. But fast forward four years, John and Summer return to India. To no one’s surprise, the entitled couple wants their baby back and is ready to go to court for him. Once again, Mimi, the unbiological mother, is the one who makes the mature decision of not exposing the child to court and putting him through the process. She agrees to give up the child so that he may have a happier, more stable future in the US.

What happens after that is probably why you should go watch the movie if you have not already. Mimi is a movie that can be watched with family (which is rare for Bollywood movies now) and enjoyed by all age groups. It is no doubt that Kriti Sanon is a pretty face and a good actor but she truly delivers her best as Mimi. To no one’s surprise, Pankaj Tripathi as Bhanu is yet another commendable performance. Mimi is the perfect combination of comedy, drama and emotions. It presents a blend of genres without the storyline ever being dragged and for a two-hour run, the movie is definitely a treat.