Expressing her distaste towards the actions of other badminton players, Shahzad had used the term 'pathan' as derogatory 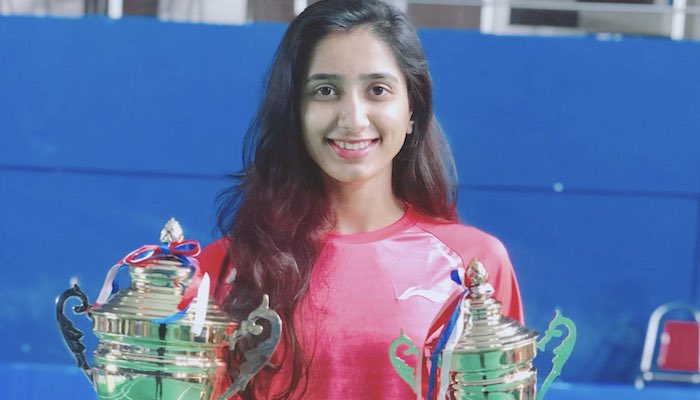 KARACHI: Mahoor Shahzad is currently competing in the Olympics and putting Pakistan on the map. However, recently, the athlete was called out for her comments. In a video that went viral late in the third trimester of July 2021, Mahoor Shahzad could be seen saying, “There are some badminton players who are totally Pathans. I am number one in Pakistan, but our remaining Pakistani badminton players are very much jealous of my progress.”

A lot of people found her remarks towards her fellow badminton players ethnocentric and racist. Several people called out and condemned her remarks on social media and many schooled her for her use of the word ‘pathan’ as a derogatory term.

Due to this, Mahoor Shahzad took to her social media to issue an apology for her statement made earlier.

“Yesterday I apologized on my social media platforms formally as it was not possible to record a message. Therefore, I recorded a video message as an apology to those who got hurt by my words. Kindly watch the video and I hope the video will clear the misunderstandings!” said the caption.

Yesterday I apologised on my social media platforms formally as it was not possible to record a message.

Therefore, I recorded a video message as an apology to those who got hurt from my words.

Kindly watch the video and I hope the video will clear the misunderstandings! pic.twitter.com/iCZE5xUrzx

She begins by saying, “I am addressing my Pashtun brothers and sisters as I speak. I would like to apologize for my words which have hurt your sentiments. For me, all Pakistanis are deeply respectable because wherever I stand today is because of your support and well wishes. However, I would also like you all to understand my position.”

She goes on to explain how there was personal bias against her after it was found that Mahoor Shahzad would be representing Pakistan in the Olympics. She alleged that a number of top-level badminton players encouraged negative content to be published against the contesting athlete.

“My remarks were not directed toward the entire Pathan community. I sincerely apologize to all those hurt and I hope you forgive me from the bottom of your heart,” she explained again in conclusion.