Pakistan may be economically challenged, strategically failing, infrastructurally crippling. But we have the one thing West does not - our "culture" 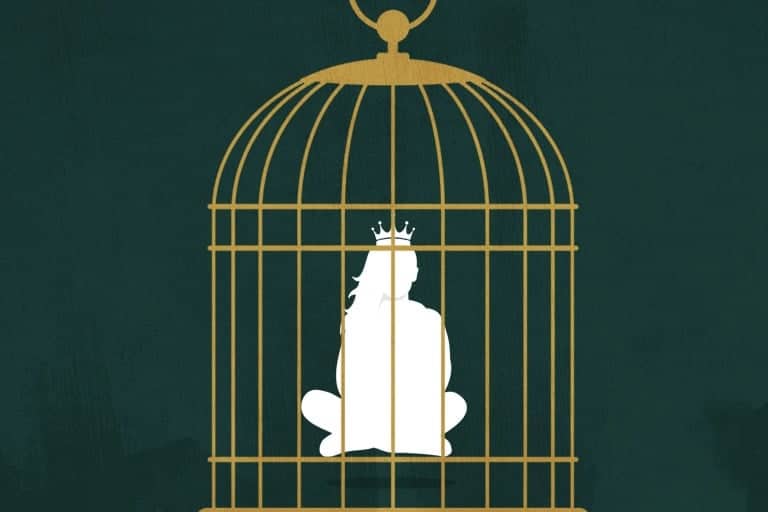 KARACHI: Are you a woman who can step out of your house and protest for the state to give you your due rights? Not in Pakistan, you cannot. Pakistan has already given you all the rights you need as women.

#VictimBlaming has become our national sport.

We put women on a higher pedestal, they are queens within our homes, which is why we do not allow them to step out of the house. However, that is not all. Here are some things that set women in Pakistan apart from women everywhere else, but mind you, it is only because of how much we respect our women that we cannot allow them to do these things to themselves:

Take a walk at a beach

Are you proud of living in a coastal city? “Karachi meri jaan” because we have what Lahore and Islamabad lack i.e., A thoroughly polluted beach? It does not matter if you are a woman because chances are, even if you live by the coastal belt in Karachi, you will not be very fond of visiting Seaview. That is because of the abundance of respectful gazes from the male folk that will envelop you until you decide it was a bad idea. Some other men in attendance might take things a step further by being vocal with their sweet nothings while many would be willing to personally escort you home giving you the feel of a convoy as they surround your vehicle with their motorbikes. During this time, remember, they are only doing this because they respect you.

The top reason I moved out of Pakistan was the way men looked at women. Take any market, motorcyclist next to your car, as you walk on the beach, at the park, at college, taking a bus, at work, the plumber, your tailor, receptionist at office, colleagues#yesallmen

Take a walk anywhere at all

Unless you live inside a gated community, men will exhibit similar behavior as they see you walking around, minding your own business. Your clothes do not matter. Regardless of what you wear, they care and their ogling is simply a sign that they want you to head back home, so “other” men do not do something that might, in turn, cause these men to victim blame and gaslight you for suffering from a crime.

If you ask southasian women who’ve been to most countries in South Asia, the last country we would want to be in is Pakistan due to incessant street harassment
In a country with so much harassment abuse & violence ag women I’m surprised these men get away with such statements

Break things off with a partner you find toxic

Why would you find a man toxic in the first place? He is superior, hence should have the upper hand in the relationship. Kill yourself if that makes him happy. Cook, clean, and deal with his problems because this is what you’ll get. Divorce is out of the question. You should count your blessings. However, just in case he does kill you at some point, we will proceed to ask YOU as to why did you not leave sooner? Why did you not see the red flags? Why were you with him in the first place? Because we, people who you have never met in your life, know what works for you as a woman.

A helpful guide on how to respond:

Q. Why was she there?
A. Zahir Jaffer is a murderer

Q. Why did she stay?
A. Zahir Jaffer is a murderer

Q. Didn’t she see the signs?
A. Zahir Jaffer is a murderer

Q. Was he on drugs?
A. Zahir Jaffer is a murderer#zahirjafferisamurderer

We will ensure your screams do not exceed the four walls of the house, even if you do make it out of your torture cell by any chance, we will stand still like statues until you are dragged back to be killed.

“By the time we got there, put a ladder, broke the door, went inside, the girl (Noor) had already lying there murdered and beheaded. And then he attacked us.” Leaked audio of @TherapyWorksPak senior management speaking about #JusticeForNoor murder https://t.co/QGo8wJm6Kk 3/3

If you have been killed and we come face to face with your culprit, like this reporter from the tweet below who met Zahir Jaffer, instead of asking why he killed you we’ll ask them if you were his girlfriend. That is a more important question.

Zahir Jaffer presented before district court a few minutes ago. While talking to media, he said, “I’m an American citizen, not a Pakistani. My lawyer will tell you if there is anything.” pic.twitter.com/KeJisDQJ40

You have done it. You have brought dishonor upon yourself and your family. You now must die because by killing you, they give you and their families the respect that you tarnished. For them, the video where you were singing to a song and smiling because you had people listening to you, and admiring what you do, was shameful. You do not see it yet, but it was.

The day you all justified the killing of Qandeel Baloch was the day you set the precedent and patted the backs of every future killer. No one deserves to be murdered in cold blood. No one.

Wear what you feel comfortable in

Your body must be covered, for respect. It may be a body given to you from a higher power, but still, men in Pakistan have all their rights to tell you to respect it as women. It is because they respect your body so much, that should you not adhere to what the standard code of clothing has been set by Pakistani men, you are entitled to be liberated from that body for not respecting it enough.

Nina Aziz, a young woman in Islamabad who was beheaded by servants for “being too modern” is just the example you need to understand how much your body, as a woman, is respected.

By asking men to heat their own food, you have attacked the loving, worth treasuring family system we have here in Pakistan. Now, your family life is ruined because men were not sent down to heat up their food. They are the ones that bring money (mostly because they do not allow you to earn) and then you – a woman – must turn that money into food. A simple division of labour that keeps confusion and unlearning anything toxic at bay. Should you refuse:

A poster saying 'khana khud garam karo' enrages the men of this country more than their own actions. @kanwalful pic.twitter.com/LzT3xWLEgT

If you have been wronged, firstly you cannot be. Chances are, you brought upon yourself any occurrence of something that you are now being very vocal on social media about. This society will take none of it, and gaslight and victim-blame the living daylights out of you. The court cases will be rejected because our archaic legal system, which was set up during the British Raj has not yet been put under consideration for an evolution. If your case is dismissed for the category you opted for, the media will turn it into something else, and the entire public will believe the dismissal of your case has been on grounds of merit.

In conclusion, my fellow women, why would you chant for your rights when Pakistan has bestowed upon you all that you need?