What has Malala even done for this country, you ask?

Every time Malala Yousafzai achieves something for Pakistan, one question that trends the most is what has she done for her homeland so far. 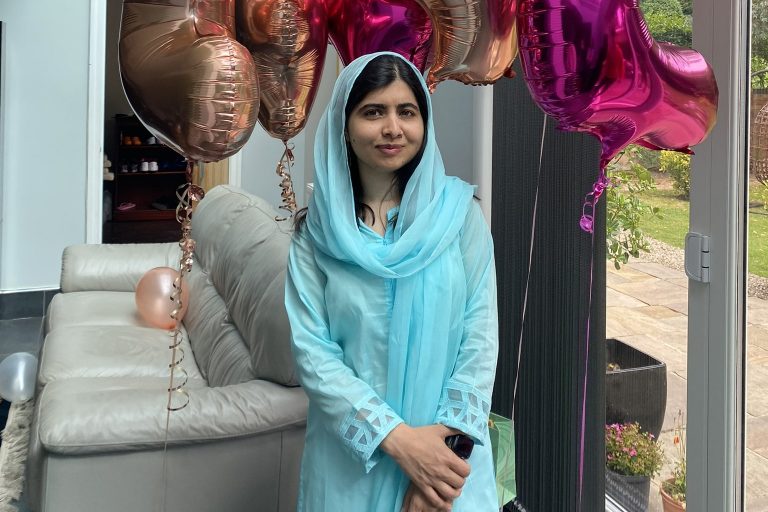 KARACHI: Pakistan can often have a hard time noticing the many notable personalities that reside within. Having a history of alienating anyone who wins a Nobel prize, too often having the hardest time accepting another person’s accomplishments as people, Pakistan has not really come a long way when it comes to acceptance and appreciation. Our most common victims are women representing Pakistan on International platforms while we sit back and allow our hate and inadequate information to get the best of us. Sharmeen Obaid, Malala Yousafzai, etc, are just two of the most prominent examples of such women that are posed our favorite frequently asked question, i.e., “What have you ever done for our country?” As Malala Yousafzai turns 24, her name trends on social media, with polarised opinions from all sides. However, here we are making it easier for you. Read on, if you wish to find out what really is it that Malala Yousafzai has done for this country before hitting age 24.

Hailing from Khyber Pakhtunkhwa’s Mingora, Malala was taken to a press club in Peshawar to protest against the Taliban in the September of 2008 by her father. “How dare the Taliban take away my basic right to education?” she spoke to the crowds, at age 11. She revealed that she hid her books inside her clothes and would never bow down to the Taliban.

A BBC correspondent amidst Taliban rule

BBC Urdu’s Aamer Ahmed Khan had been looking to document the Taliban’s growing influence in Swat, Pakistan through the eyes of a young student. They approached Ziauddin Yousafzai, a school principal. After security threats disallowed students from aiding a media outlet, Yousafzai suggested his own daughter Malala be their blogger.

To ensure her safety, BBC published her work under the byline ‘Gul Makai’ (Cornflower). The name originated from a character in a Pashtun folktale.

In one of her blogs, she wrote, “It seems that it is only when dozens of schools have been destroyed and hundreds of others closed down that the army thinks about protecting them. Had they conducted their operations here properly, this situation would not have arisen.”

Inspiration for documentaries for The New York Times

Adam B. Ellick, a New York Times reporter approached Yousafzai and her father for a documentary. When the Pakistani Army moved into her region to liberate it from the Taliban, Mingora was evacuated and Yousafzai’s family had to pack up and leave. In the documentary, Malala can be seen saying, “I’m really bored because I have no books to read.” In 2009, when the family was finally allowed to return home, they instead decided to stop first and unite with grassroot activists invited by President Barack Obama and Richard Holbrooke. She pleaded to the diplomat and said, “Respected ambassador, if you can help us in our education, so please help us.”

2011 was an important year for Malala since it was when most things she had done this far started to bear fruit. She started training with a local girls’ empowerment organization, Aware Girls, which was run by Gulalai Ismail. Through this training, Malala fashioned herself into not just an activist for women’s education but channeled her energy towards women’s rights and empowerment.

In October 2011, Archbishop Desmond Tutu, an activist from South Africa nominated Malala for the International Children’s Peace Prize at the Kidsrights foundation, a Dutch international children’s advocacy group. This made her the first Pakistani to be nominated for that award. During the announcement, it was said, “Malala dared to stand up for herself and other girls and used national and international media to let the world know girls should also have the right to go to school.”

On 19 December 2011, Prime Minister Yousaf Raza Gilani awarded her the National Peace Award for Youth. That is not all. A secondary school was renamed in her honour, and the prime minister also directed the authorities to set up an IT campus in the Swat Degree College for Women. The latter had been requested by Malala Yousafzai herself.

After her murder attempt, on 15 October 2012 UN Special Envoy for Global Education, Gordon Brown, also the former Prime Minister of Britain visited Malala at the hospital where she was recovering. A petition was started by none other than Brown with the following demands:

It was then that the slogan ‘I am Malala’ gathered its hype. Brown had planned on sending the petition to President Asif Ali Zardari.

Malala Yousafzai spoke before the UN in July 2013 and also had an audience with Queen Elizabeth II of England at the Buckingham Palace.

A few months later, she spoke at Harvard, in September. In October, she met with President Barack Obama, where she confronted him over the airstrikes America carries out over Pakistan.

In December, Malala spoke at the Oxford Union and in July 2014, Yousafzai spoke at the Girl Summit in London. In October, Malala donated $50,000 to the UNRWA for the reconstruction of schools on the Gaza Strip.

In 2015, Malala opened a school in Lebanon in the Bekaa valley for Syrian Refugees. Time and again, she also spoke up for the refugees of Rohingya.

Malala Fund, founded in 2013, is an organization working tirelessly under her their namesake’s supervision to ensure quality education and empowerment of women globally. It now up to Pakistan to either accept or ignore her accomplishments. However, neither of the two choices would change the fact that Malala had done more for Pakistan than any of us could have imagined doing at her age.